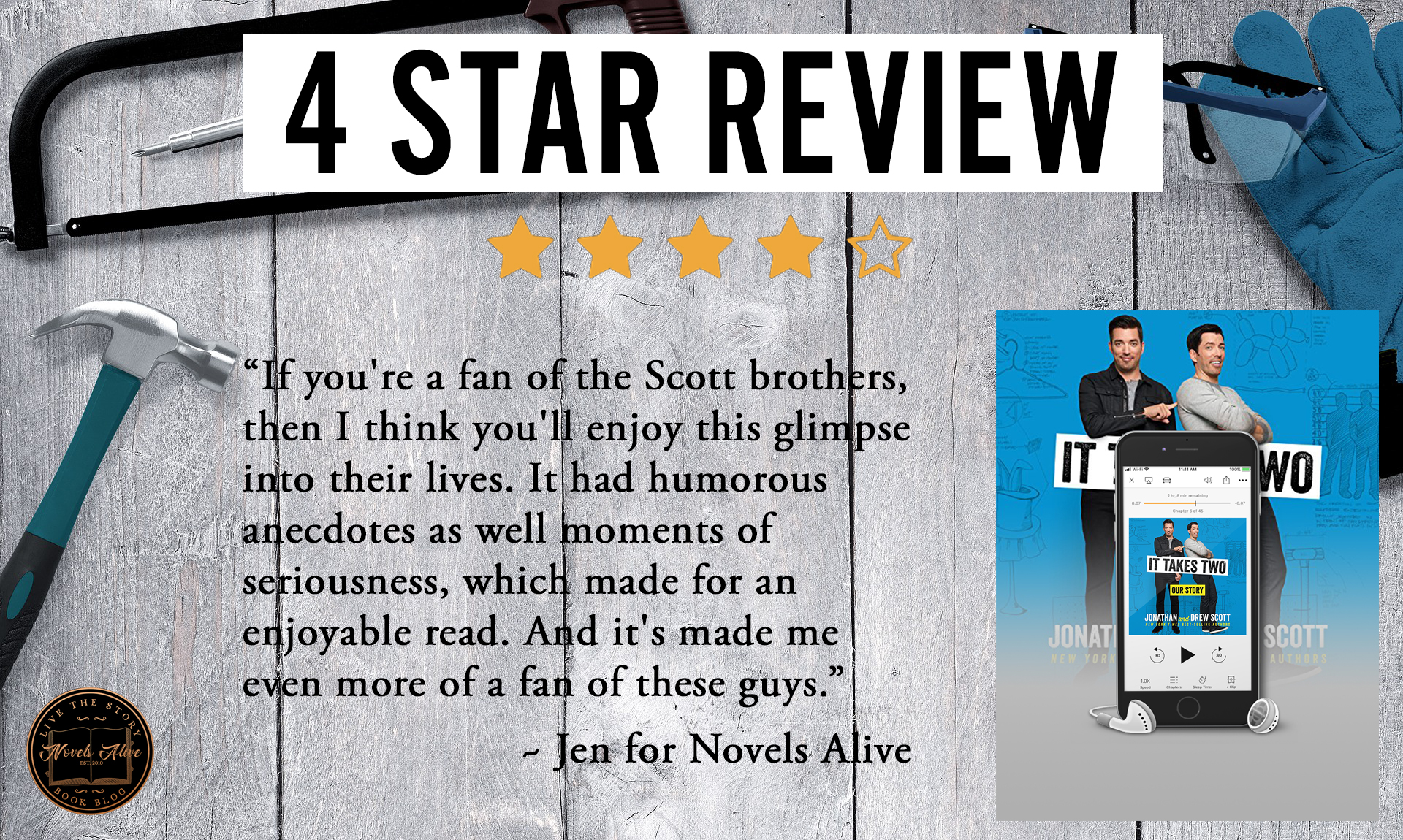 Jonathan and Drew Scott, known for their wildly popular HGTV shows including Property Brothers and Brother vs Brother, follow up their New York Times bestseller, Dream Home, with a highly anticipated memoir. It Takes Two: Our Story shares never-before-revealed tales of the brothers’ childhood and rise to fame—from starting their first business at 7 years old, their years modeling and acting, to their first house purchase at the impressive young age of eighteen. They soon found their true passion in life, combining their natural gifts for entertaining with the skills they learned from buying, renovating, and selling homes.

Complete with hilarious behind-the-scenes stories from set, Jonathan and Drew discuss how their family and upbringing have led to their success in life. Throughout, the brothers keep fans laughing with the clever—and sometimes zany—sibling banter for which they’re known best.

I’ve been a fan of the Property Brothers for years, so when I saw their memoir was on sale at Audible, I knew I needed to give it a listen. It was a solid overview of their childhood, career, and romances.

I’ve been watching the Scott brothers on TV for a while, but I really never knew much about them other than they were twins from Canada. So it was fun to kinda delve into their childhood, watch as they turned into mini entrepreneurs during elementary school, learn how they got into the house flipping business, explore Jonathan’s love of magic. They share funny stories that had me laughing out loud. And they talked about serious topics, which had me appreciating them for being good people even with the celebrity spotlight.

The one real downside of this audiobook was the narration. You’d think from two people that do voice over work for their TV shows, it wouldn’t have sounded so stiff. It was particularly awkward as the book started and I almost gave up on it. But I powered through and by the end, it wasn’t quite as noticeable. I did like that both of their girlfriends (at the time of the recording) and their brother and parents also made little cameo appearances and read small sections of the book.

If you’re a fan of the Scott brothers, then I think you’ll enjoy this glimpse into their lives.  It had humorous anecdotes as well moments of seriousness, which made for an enjoyable read. And it’s made me even more of a fan of these guys. 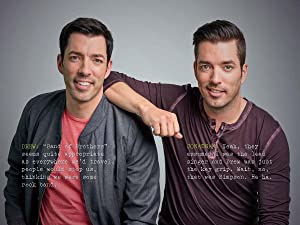 JONATHAN SCOTT, a renowned designer, and DREW SCOTT, a seasoned realtor, star in HGTV’s Property Brothers, Buying & Selling, and Brother vs. Brother. They have worked in real estate for over 15 years. They founded Scott Brothers Entertainment.

DREW SCOTT, a seasoned realtor, and JONATHAN SCOTT, a renowned designer, star in HGTV’s Property Brothers, Buying & Selling, and Brother vs. Brother. They have worked in real estate for over 15 years. They founded Scott Brothers Entertainment. — This text refers to the hardcover edition.

4 STAR REVIEW: IT TAKES TWO: OUR STORY by Jonathan Scott and Drew Scott AudiobookIf you're a fan of the Scott brothers, then I think you'll enjoy this glimpse into their lives.  It had humorous anecdotes as well moments of seriousness, which made for an enjoyable read. And it's made me even more of a fan of these guys.