GUEST BLOG: Why I Write Cozy Mysteries by D.E. Haggerty Plus Giveaway!

Previous articleBOOK BLAST: EARL OF BRACKEN by Aubrey Wynne Plus Giveaway!
Next articleGUEST BLOG: What’s On Your Bucket List? by Tea Cooper Plus Giveaway!

I continued on my merry way and wrote two more books in the series (Jack Gets His Man and Love in the Time of Murder). With three books on offer, I started to gain traction in the sales, which is when I realized my mistake. The more people who read the series, the more readers who complained these books were not cozy!

Off I went to research cozy mysteries. (Yes, I should have done this before. Another mistake to add to the rest.) It turns out the readers were right. Yikes! What to do? I’ll be honest here. I hemmed and hawed and did nothing. I wrote a bunch of other books and just let this series kind of fade into the background.

And then the pandemic came, and I suddenly found myself more than a month ahead of my 2020 release schedule. It turns out I’m one of those people who work like fiends during pandemics. Who knew? While I was revising my release schedule, the problem of the Gray-Haired Knitting Detectives series reared its ugly head. The time had come to deal with this problem once and for all.

I scheduled over a month of time to revise the books. And revise them I did! I think I was seeing double by the time I finished. And then I decided to do some marketing and see what happened. To my utter surprise, the books sold! Yeah! Now, I finally had the series selling decently I decided to write three more books in the series, which is how Where There’s Smoke, There’s Arson and Hold the Coffee came about.

And that’s how I ended up writing cozy mysteries and in specific continuing the Gray-Haired Knitting Detectives series. 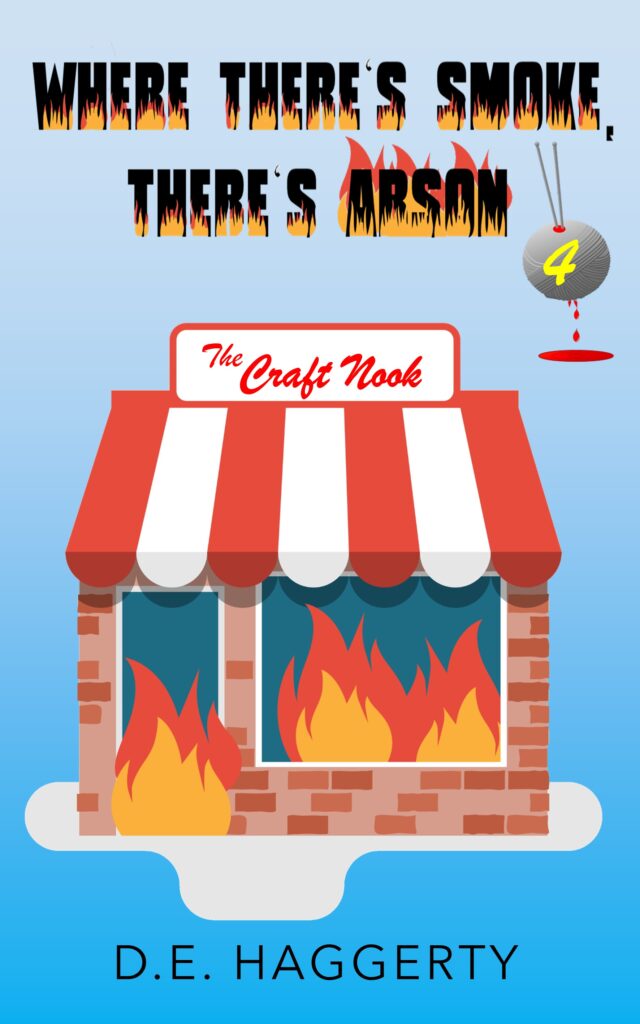 Bernadette didn’t smoke. The fire couldn’t have been an accident!

Oh boy, the gray-haired knitters are at it again. Of course, they are. It’s been way too long since they ‘solved’ a mystery. But the investigator determined the fire at the craft store was caused by an unattended lit cigarette. Arson isn’t even a remote possibility. Except the owner Bernadette didn’t smoke and now she’s dead.

When Bernadette’s granddaughter asks me to look into the matter, the knitters practically cheer. They are on the case!

But is there even a case? Or are we seeing murder and arson where there’s merely smoke? 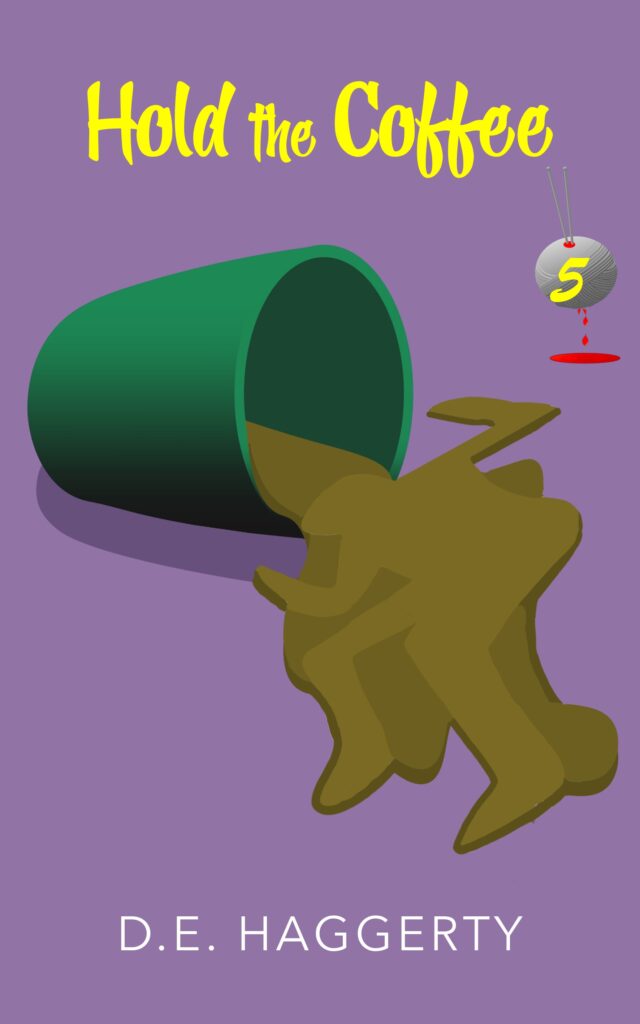 Poor Milly is furious after being hauled into the police station to be interrogated. She is not letting those knitters get away with pointing their fingers at her! Absolutely not. Instead, she insists they solve the murder and clear her name.

Naturally, the knitters jump at the chance to solve another mystery. They don’t care if the victim was hated by one and all. They’ll find the murderer!

Can the Gray-Haired Knitting Detectives wade through the suspects to find the actual killer? 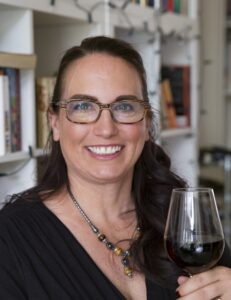 D.E. Haggerty is actually just plain old Dena, but she thinks using initials makes her sound sophisticated and maybe even grown-up. She was born and raised in the U.S. but considers herself a Dutchie and not only because it sounds way cooler. After a stint in the U.S. Army, she escaped the US to join her husband in Holland. She fled Holland over ten years ago when she couldn’t stand the idea of being a lawyer for one single second more. Turns out Bed & Breakfast owner in Germany didn’t do it for her either. When the hubby got a job in Istanbul, she jumped ship and decided to give this whole writer thing a go. She’s now back in Holland, which she considers home.