Hi, there. I’m Amy Flowers, and I’m not sure where to begin. I mean, I hate to say this, but my cousin Jackie is a hothead. I love her to pieces, but she allows her temper to get the best of her sometimes. Everybody knows it. And now she’s in big trouble because of it.

Let me start at the beginning. I own and operate the Down South Café in Winter Garden, Virginia. When I bought the café, Jackie was there from the start. In fact, we both worked as servers at Lou’s Joint, which was what the café was called when I moved back to Virginia after finishing up culinary school in Kentucky.

Jackie helped me renovate the café, and she’s worked here with me ever since. I recently asked her to become a partner in the business because she’s such a valuable asset to me. But Jackie told me she had dreams of her own she wanted to realize. I was a little disappointed to accept the fact that she and I won’t be working side by side once she earns her degree, but I support her and want to watch her become a tremendous success.

Fast forward to last Monday. Jackie is taking classes at a nearby extension branch of Tubman College. She had an online business class on Monday evening, and she’d invited me to be her guest—every student was required to bring someone who could speak about running a business in some way. Jackie had already told me about a disagreement she was having with her professor, Mr. Treadway. Because Jackie didn’t follow the formatting protocol in his syllabus, she dropped her grade on a report from an A to a C. She believed he’d treated her unfairly, and the two of them had engaged in a shouting match in his office. Before the class officially began, the professor offered to let Jackie do some extra credit to bring her grade up.

Wouldn’t you know it? The man was murdered, and Jackie is the number one suspect in the case. I’m desperate to prove my cousin isn’t a killer, but the evidence against her keeps mounting. To make matters worse, my boyfriend Ryan is investigating the case. It breaks my heart to feel as if I’m being pulled between the two of them. Ryan offered to ask to be taken off the case, but I asked him not to—I want to know the best officer the Winter Garden Sheriff’s Department has is working on Jackie’s case. Ryan believes Jackie is innocent, and he’s working to find evidence that will exonerate her. And so am I.

Poor Aunt Bess isn’t sure what’s going on, but she knows for certain that she doesn’t want her granddaughter, Jackie, to end up on her Crime Scenes Pinterest board. 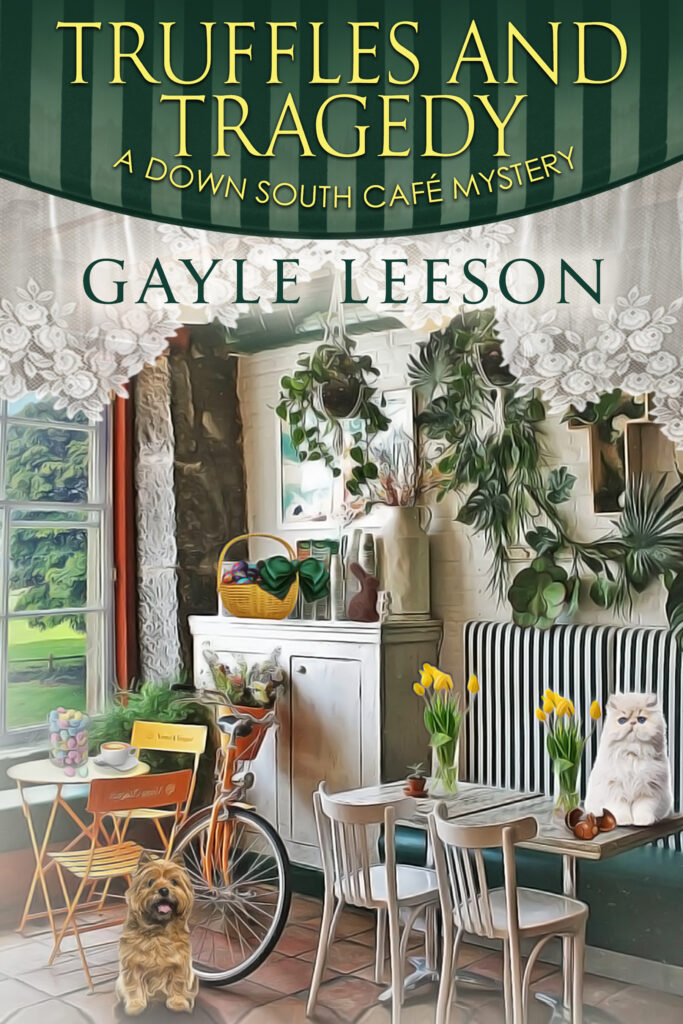 Down South Cafe owner Amy Flowers learns her chocolate truffles might not be the only things her patrons find “out of this world.”

When her cousin, Jackie, asks her to give a presentation to her online class, Amy thinks all she has to worry about is speaking before a group. But then the nitpicky professor collapses. He has been murdered, and hot-tempered Jackie is the prime suspect. Some online forums are even speculating that the professor was an extra-terrestrial, so Amy must sort out fact from fiction to get to the truth.

Certain the real killer is setting Jackie up, will Amy be able to outwit the killer and save her cousin? 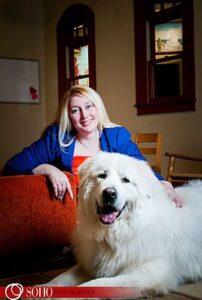 Gayle Leeson is a pseudonym for Gayle Trent. Gayle has also written as Amanda Lee and Gayle Trent. Going forward, Gayle intends to keep her writing under the Gayle Leeson name. She lives with her beautiful family in the hills of Southwest Virginia.

March 21 – Cozy Up With Kathy -REVIEW

March 23 – Reading Is My SuperPower – REVIEW

March 24 – Escape With Dollycas Into A Good Book – REVIEW