GUEST BLOG: The Importance of Having an Agent by Hawk MacKinney Plus Giveaway!

Previous articleBOOK BLAST: BOARDING WITH MURDER by Kathryn Long Plus Giveaway!
Next articleGUEST BLOG: Food and Drink of Santa Fe by Avery Daniels Plus Giveaway!

So, you’re not only a proud writer but after agonizing over adjectives, sentences, copy-paste, and other tidbits, you’ve finally closed the manuscript’s last chapter–hopefully well-edited; then re-edited again and then another 5-10 times. Now you can relax with a hot cup of whatever, sit in your favorite rocker or swing, and wait for the crowds to grab copies of your book for you to autograph as you count all the money rolling in. NOT gonna happen! Creating the work is an outcome of tools you crafted in the fantasies and imaginings between your ears. Having a product to sell and autograph is the initial goal…but perhaps not quite the final goal. You are now between two phases. The first one was creating your work. Put your teacup down or finish your soup. The tedious task of the next phase has just begun—finding an agent! This is the extension of you as a writer with a style-reputation and a polished manuscript that entices and hooks an agent. Without one, published or unpublished, a writer faces the monumental slush pile. Do you need a literary agent? The inexperienced and those who are driven to write for the almighty dollar will promptly say “no.” That is true. One doesn’t NEED an agent. BUT there is one commodity that a writer can’t buy more of—time. Identifying which publishers to submit your work to can be a mountain peak straight up or straight down which quite often results in disappointment. And you can waste a lot of time because you don’t know where to submit your manuscript—or how. A good agent will know. That doesn’t mean having an agent guarantees you a publishing contract, but it greatly improves your chances. Trust and honesty, principles, and character are qualities that are core to what you want in an agent and a successful marketing team. Will you make misjudgment mistakes? Probably. Consider it a CE course in learning. Agents, editors, and good publishers are part of your team. Face it square-on. Don’t whine and whimper about rejections or mistakes. You volunteered. Knowledgeable, dependable, experienced literary agents are professionals worth more than a room full of all your attempts. They caution, critique, suggest, avoid pitfalls, support your efforts, cover your backside, ignore your warts and attitude and free your time to write. Respect them. If you are able to find one who believes in what you have written, consider yourself lucky. Support them, listen to them…and start another project. Better yet, have three or more projects already in the works. Go write. 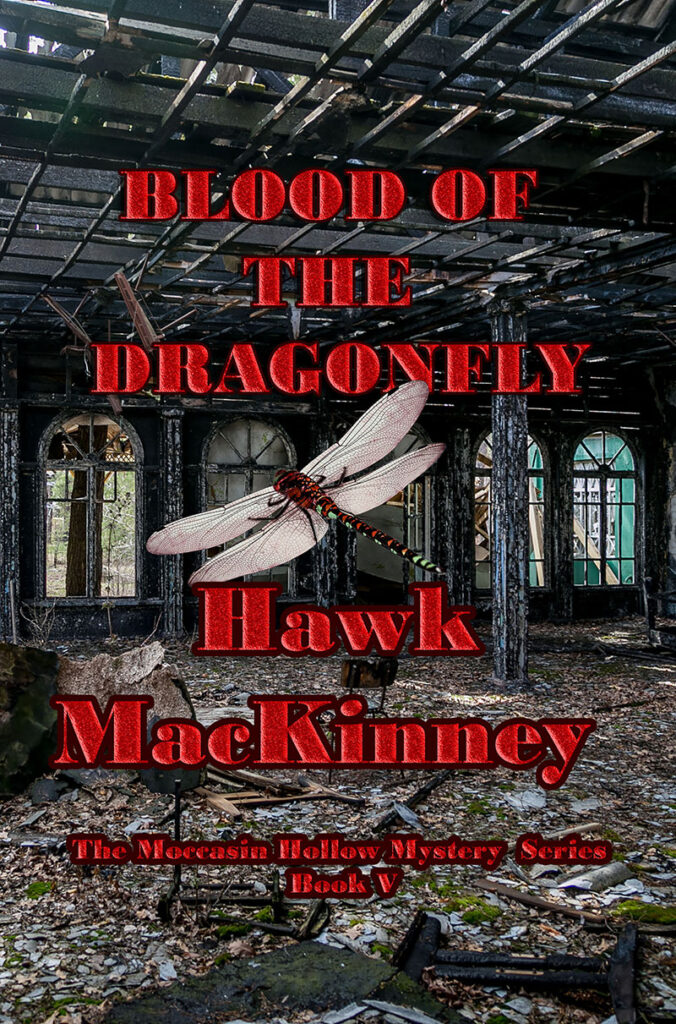 While dangling a fishing hook from his flat bottom skiff before dawn, former SEAL-turned-PI Craige Ingram spots grey-black smoke coiling above the treetops across the river in the direction of the Georgia bayous and Corpsewood Manor. Bayou or bogs, fire in the uncut cypress and pines bodes a sense that the river is no barrier to the fire that threatens his ancestral home, Moccasin Hollow. Neither are the bodies later found in the burned mansion of Corpsewood Manor. Craige wastes no time in helping his ex-SEAL buddy Lt. Graysen MacGerald who is now Head of Buckingham Homicide Investigations by unofficially investigating the bodies and an exquisite dragonfly brooch found in the mansion with a reputation for evil, hauntings, and mystery.

Hawk MacKinney will be awarding a $20 Amazon or Barnes & Noble gift card to a randomly drawn winner via Rafflecopter during the tour. 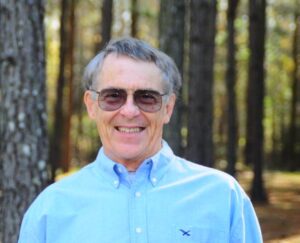 Hawk MacKinney began writing mysteries for his school newspaper, served in the US Navy for over 20 years, earned two postgraduate degrees with studies in languages and history, taught postgraduate courses in the United States and Jerusalem, authored professional articles and chordate embryology texts on fetal and adult anatomy, and is well known for his works of fiction. Moccasin Trace, a historical novel, was nominated for the prestigious Michael Shaara Award for Excellence in Civil War Fiction and the Writers Notes Book Award. Both his CAIRNS OF SANCTUARIE science fiction series and the MOCCASIN HOLLOW MYSTERY series have received worldwide recognition.