INTERVIEW: Barbara Monajem on LADY ROSAMUND AND THE HORNED GOD Plus Giveaway!

Today we welcome USA Today Bestselling author, Barbara Monajem to Novels Alive to answer a few of our questions.

Thank you so much for joining us today, Barbara, and for taking the time to answer our questions.

Definitely intertwined! When the story is a mystery, like Lady Rosamund and the Horned God, there’s a substantial plot, but the way it moves forward is influenced by the growing and changing relationship between the two main characters, Lady Rosamund and Gilroy McBrae. Even when I’m writing a romance, where the focus is the characters, I prefer to have quite a bit of plot.

It depends. I can relate pretty well to Lady Rosamund because she has an OCD tendency to check things over and over, which I share. But I’ve written quite a few romances, and usually, the heroines are way more feisty and courageous than I will ever be!

Not really. Characteristics of people I’ve known or met, sure, but whole characters—nope. It’s more fun making them up.

Hobberdy Dick, a hobgoblin in the book named after him by Katharine M. Briggs.

Definitely! Often I do six or seven revisions of the first several chapters before finally settling in to write the rest of the book.

Nothing, really. I just sit down and start writing, and see what happens. Sometimes, if I have insomnia, I lie awake thinking about how to improve a story I’m working on. If I remember it in the morning, I guess it counts as a sort of prep!

There are SO many. I was particularly fond of fantasies, mostly written by British authors, such as C.S. Lewis, Alan Garner, Katharine Briggs, etc. I also loved the Swallows and Amazons series by Arthur Ransome. In adolescence, I read all of Georgette Heyer’s romances and mysteries, as well as Mary Stewart’s romantic suspense.

Not a lot. It takes place in the Lake District of England, about which I already knew quite a bit, but I bought a book to learn more about the area and its customs. I had to learn a bit about coroners and juries in 19th century England, and I bought a book about old-fashioned taxidermy (because of a stag’s head on the wall of the manor house—it plays an important role). I also started reading up on the history of Scotland to figure out the backstory of the central male character, Gilroy McBrae.

Huh. I don’t really want them to know anything particular about me. I’m just an ordinary person, like anyone else, so what’s there to know? Maybe that I’m a member of the Baha’i Faith, which is somewhat unusual.

As an author, I think one of my greatest interests is the status of women in history and how it has changed. My historical heroines often have to struggle against unfair values and expectations and an appalling double standard.

I had a contract for it, so I had to write it!! No, actually I was eager to write another in the Lady Rosamund series. I absolutely love writing from her point of view, and I got to introduce her father to readers. He’s a lovely character who in some ways reminds me of my own father.

I’m working on the third book in the Lady Rosamund series, as well as a romance novella for a Christmas anthology.

Thank you, Barbara, so much for your insightful and interesting answers and we hope you join us again soon! 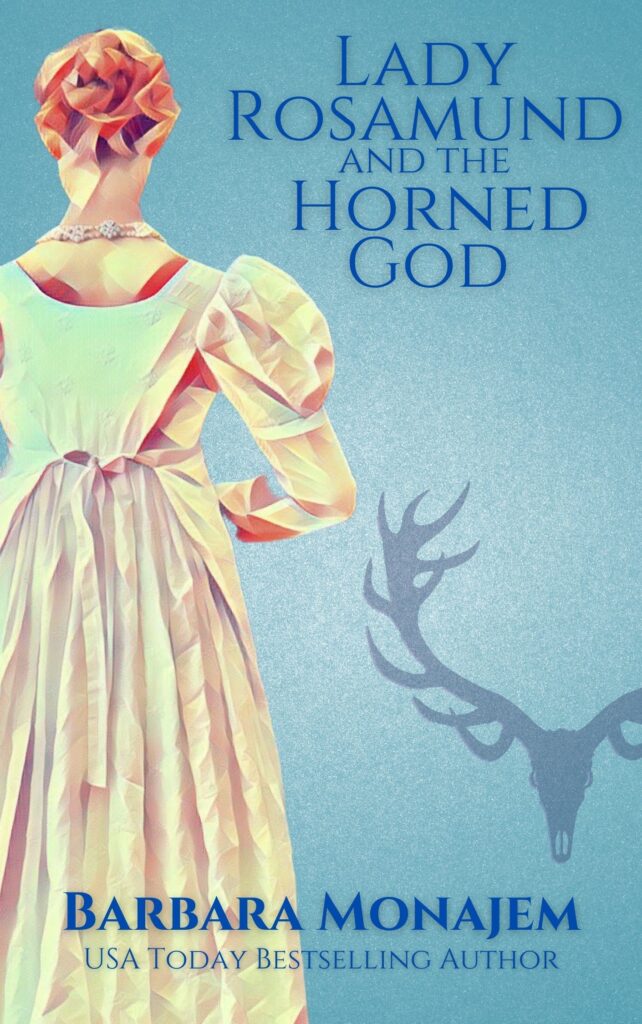 Widowed Lady Rosamund spends the first months of her mourning in the Lake District, where it’s safe and peaceful, and murders are exceedingly rare. Luckily, she is rescued from this tedium by a house party comprised of playwrights, poets, and actors—an immoral set of persons with whom no respectable lady should associate. Even so, she hardly expected to wake in the wee hours to find one of the guests lying dead. 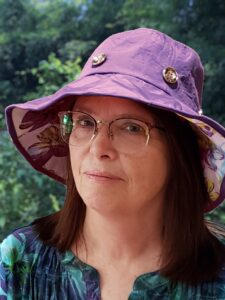 April 23 – Escape With Dollycas Into A Good Book – SPOTLIGHT