Previous articleNEW RELEASE: THE FIRST DAY OF SPRING by Nancy Tucker
Next articleGUEST BLOG: Storyboards and How I Use Them by Joy Lanzendorfer Plus Giveaway!

By Tierney Linton
19 May 2021
GiveawayMysterySpotlight

On March 24, 1946, World Chess Champion, Alexander Alekhine, is found dead in his hotel room in Estoril, Portugal.  The cause of death remains mired in controversy when, three-quarters of a century later, a letter of his that could rock the art world is unearthed in a routine home renovation in upstate New York.  The letter is addressed to a person of international repute and offers information about art works looted during the German occupation of Paris.

When the young man in possession of the letter is brutally murdered, his mentor, art history professor Harrison Wheatley and Harrison’s sleuthing partner, art magazine editor Erika Shawn, hurl themselves into the dual mission of tracking down both the killer and the looted art.

The hunt takes the couple to far flung locations, and as the stakes rise along with the murder count, it looks like the denouement will take place far from the comforts of home.

Claudia Riess will be awarding a $50 Amazon or Barnes & Noble Gift Card to a randomly drawn winner via Rafflecopter during the tour. 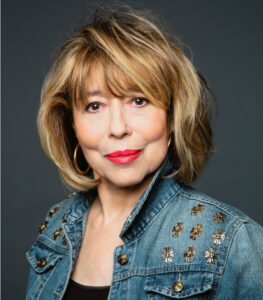 Claudia Riess is a Vassar graduate who’s worked in the editorial departments of The New Yorker and Holt, Rinehart and Winston.  She is author of the Art History Mystery Series published by Level Best Books and includes: Stolen Light,* False Light and Knight Light. She is also author of Semblance of Guilt and Love and Other Hazards.

Knight Light, the third novel in her Art History Mystery Series, released February 23, 2021, follows the series of amateur sleuths Erika Shawn, art magazine editor, and Harrison Wheatley, art history professor, as they tackle the sinister world of art crime that tests both their courage- and love-under-fire.