GUEST BLOG: The Deadly Seas by Lois Schmitt Plus Giveaway!

Previous article
BOOK BLAST: FUNDING AN EMPIRE by Tearanie Wilson-Parker Plus Giveaway!
Next article
GUEST BLOG: The Idea for The Mattie and Mo Mysteries by Tricia L. Sanders Plus Giveaway! 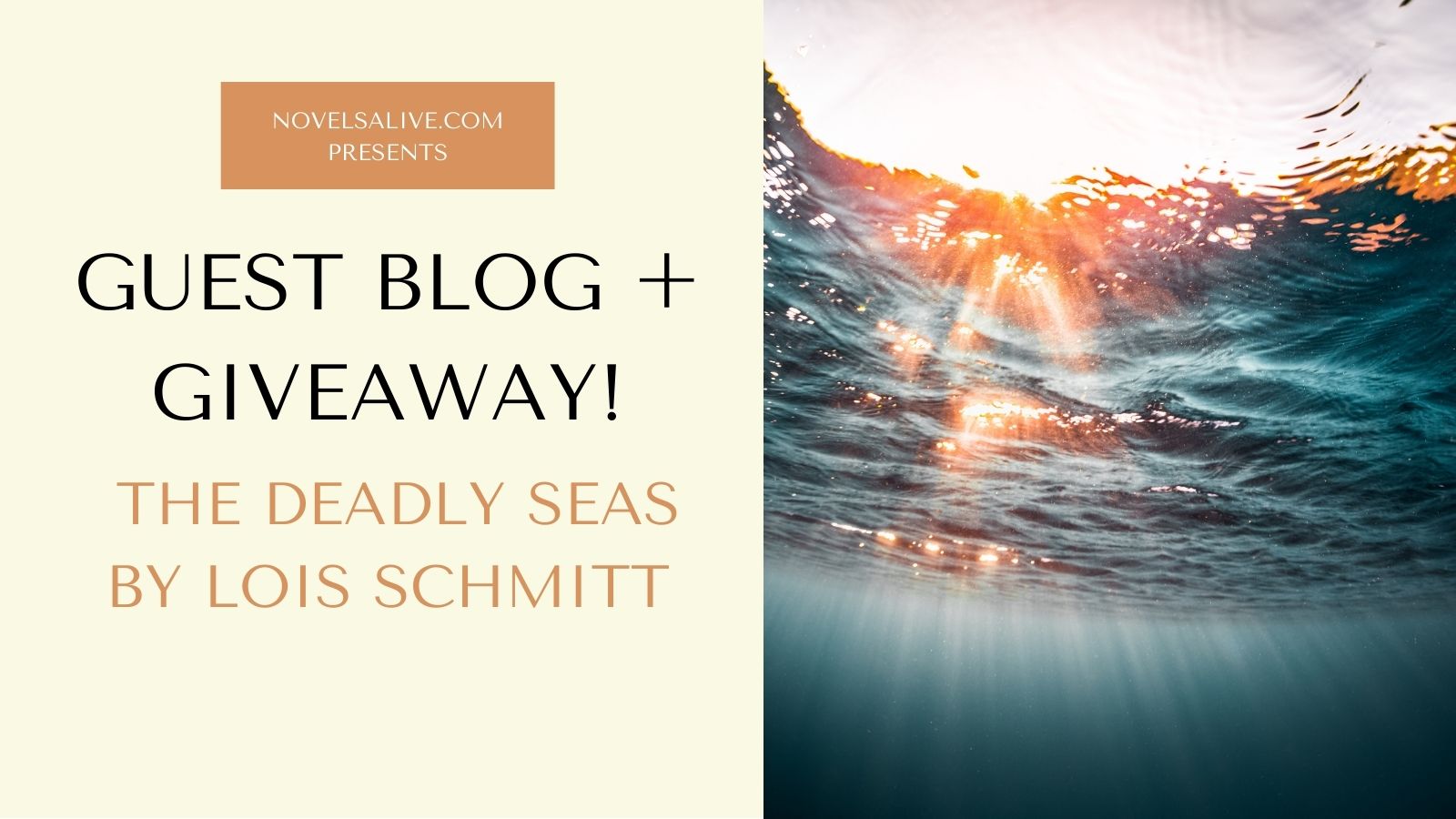 My mystery, Something Fishy, takes place in an aquarium. Why? One reason is that our oceans are home to some of the most deadly creatures in the world.

The sight of a sixteen foot Great White Shark, with rows of flesh ripping teeth, strikes fear in the average person.  But the seas are full of other dangerous creatures. Some are as small as eight inches and can be as lethal as a shark.

A sting from the Box Jellyfish can kill you within a few minutes. Named for its box-like body, this creature’s long, barbed tentacles are covered with pockets of venom that attack the heart and nervous system, often causing cardiac arrest.

There are more than fifty species of the box jellyfish, but not all are lethal. One especially venomous species, however, is the size of a basketball with tentacles reaching ten feet.

The box jellyfish can be found in warm waters around the world. Wearing a wetsuit can be an effective deterrent to a fatal encounter.

The Blue Ringed Octopus contains venom more powerful than cyanide. One drop from this creature, whose body is the size of a golf ball, is powerful enough to kill twenty-six humans.

The bright blue rings, for which this octopus is named, only show when it is threatened or aggravated. When bitten by the blue ringed octopus, the venom attacks your nervous system, causing muscle paralysis. Ultimately, it paralyzes the muscles needed to breathe.

The bite of this creature is usually painless, and a victim might not realize it until it is too late. Luckily, this tiny octopus is shy and likes to hide in coral reefs and tidal pools. The blue ringed octopus is a shape shifter, which allows it to fit into little holes and crevices.

Most bites occur when someone accidentally steps on this small octopus. Although there is no known antidote, victims can survive if artificial respiration is immediately applied. Hospital treatment often involves a ventilator.

Then there is the Sea Snake with venom more powerful than that of a cobra or rattlesnake.  There are more than sixty species, and the toxicity depends on the type of sea snake. One of the most poisonous is the Belcher Sea Snake. Luckily, this species has short fangs that are unable to penetrate a wet suit.

Sea snakes have been around for millions of years. They can hold their breath for long time periods but eventually return to the surface for air. They are also attracted to light.

There are NO sea snakes in the Atlantic Ocean. Like their land counterparts, they can’t tolerate the cold, and they thrive in tropical waters.

Sea snakes are sometimes confused with eels. Sea snakes have scales—eels do not.  The smallest sea snake is twenty inches and the longest is more than six feet. Average size is between three and five feet.

Sea snakes are shy. Most bites come from stepping on the snake.  Fishermen have also been bitten when trying to remove a snake from a net. If bitten, try to capture the snake for identification purposes.

Fortunately, most live in remote places, and if they bite, venom is released only twenty-five percent of the time. Still, if you are unfortunate enough to be bitten by one that does inject its venom, it can kill you in less than thirty minutes.

The Saltwater Crocodile has the strongest bite in the world. Its jaws can crack bones like twigs.  It is often difficult to spot as it hides in murky waters until its victim is close. The saltie, as it is called, can lunge out of its hiding spot with surprising speed.

This crocodile is most commonly found off the coast of northern Australia and Indonesia. Its range covers eastern India to south-east Asia. It inhabits both fresh water and brackish swamps, rivers and estuaries, but it can also head to the open ocean and spend days or weeks there.

The saltie is the largest crocodile species and the world’s largest living reptile. It has been around since the dinosaurs. Attacks from the saltwater crocodile are more common than attacks from sharks.

PADI (Professional Association of Diving Instructors) has listed the Stonefish as the world’s most venomous fish.

This fish has thirteen spines on its back that support its dorsal fin and are connected to sacs that can discharge venom into each spine. These spines, which look like hypodermic needles, are under the skin. If pressure is applied, such as someone stepping on the fish, these spines break through the skin and eject the venom.

The stonefish lives in rocky and coral laden waters. Although originally found in the tropical Indian and Pacific oceans, their range is spreading. Some now inhabit the coastal waters off Florida and the Caribbean.

The stonefish’s ability to camouflage makes it especially dangerous to humans. These fish look like rocks. Brown or gray, mixed with read, orange, and yellow patches, they blend into their surroundings. Their body is covered in bumps, and their eyes often resemble algae.

Luckily, the stonefish is not aggressive. It usually sits on the sea floor.  If you are in waters that are home to this fish, always wear water shoes and shuffle your feet when walking.  This creates vibrations that scare the fish away.

Other dangerous creatures inhabiting our waters include the pufferfish, lionfish, piranha, electric eel, and the stingray. And, of course, sharks.

Our seas are fascinating. They are home to dangerous but beautiful and graceful creatures.  Many are shy and will try to avoid humans, but accidents do happen.

Enjoy our oceans, but always respect this habitat. 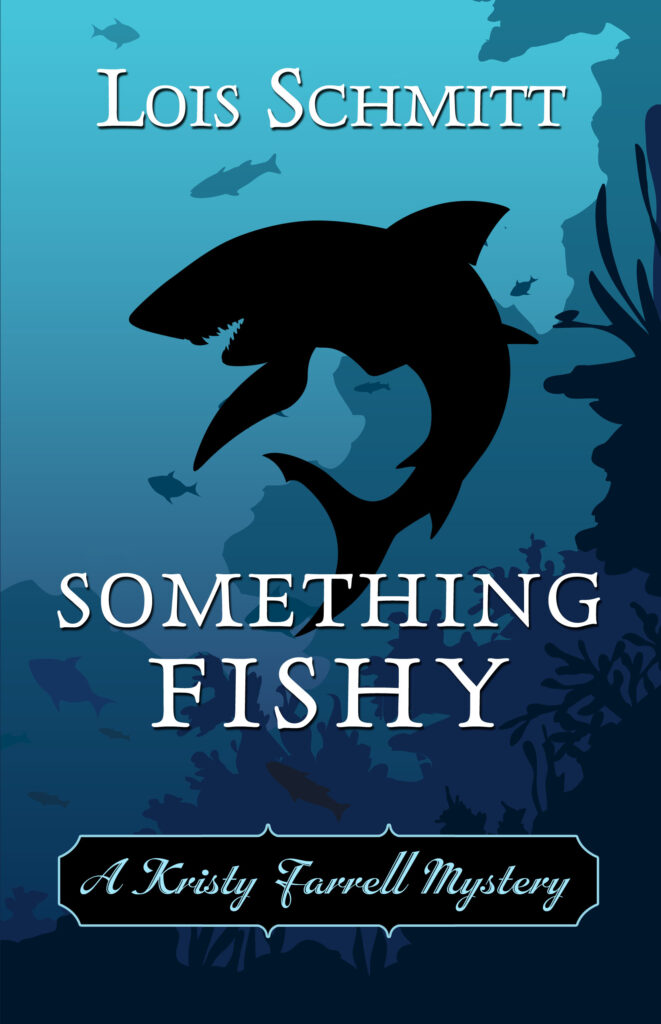 When attorney Samuel Wong goes missing. wildlife magazine reporter Kristy Farrell believes the disappearance is tied into her latest story concerning twenty acres of prime beachfront property that the Clam Shell Cove Aquarium hopes to purchase. Sam works for multi-millionaire land developer Lucien Moray who wants to buy the property for an upscale condominium. The waterfront community is divided on this issue like the Hatfields and McCoys with environmentalists siding with the aquarium and local business owners lining up behind Moray.

Meanwhile, a body is found in the bay. Kristy, aided by her veterinarian daughter, investigates and discovers deep secrets among the aquarium staff–secrets that point to one of them as a killer. Soon the aquarium is plagued with accidents, Kristy has a near death encounter with a nine foot bull shark, and a second murder occurs.

But ferreting out the murderer and discovering the story behind Sam’s disappearance aren’t Kristy’s only challenges. When her widowed septuagenarian mother announces her engagement, Kristy suspects her mom’s soon to be husband is not all he appears to be. As Kristy tries to find the truth before her mother ties the knot, she also races the clock to find the aquarium killer before this killer strikes again.

This is a Rafflecopter giveaway hosted by Partners in Crime Virtual Book Tours for Lois Schmitt. There will be TWO winners. TWO (2) winners will each receive (1) Amazon.com Gift Card of varying amounts. The giveaway begins on June 1, 2021 and ends on July 1, 2021. Void where prohibited. 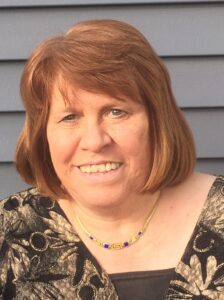 A mystery fan since she read her first Nancy Drew, Lois Schmitt combined a love of mysteries with a love of animals in her series featuring wildlife reporter Kristy Farrell. She is a member of several wildlife and humane organizations as well as Mystery Writers of America. Lois worked for many years as a freelance writer and is the author of Smart Spending, a consumer education book for young people. She previously worked as media spokesperson for a local consumer affairs agency and currently teaches at Nassau Community College on Long Island. Lois lives in Massapequa with her family which includes a 120 pound Bernese Mountain Dog. This dog bears a striking resemblance to Archie, a dog of many breeds who looks like a small bear, featured in her Kristy Farrell Mystery Series. Lois was 2nd runner up for the Killer Nashville Claymore Award for Something Fishy.