“[Readers] are bound to be caught up in the adventures of Bess Crawford . . . While her sensibility is as crisp as her narrative voice, Bess is a compassionate nurse who responds with feeling.”— The New York Times Book Review

In the uneasy peace following World War I, nurse Bess Crawford runs into trouble and treachery in Ireland—in this twelfth book in the New York Times bestselling mystery series.

The Great War is over—but in Ireland, in the wake of the bloody 1916 Easter Rising, anyone who served in France is now considered a traitor, including nurse Eileen Flynn and former soldier Michael Sullivan, who only want to be married in the small, isolated village where she grew up. Even her grandmother is against it, and Eileen’s only protection is her cousin Terrence who was a hero of the Rising and is still being hunted by the British.

Bess Crawford had promised to be there for the wedding. And in spite of the danger to her, she keeps that promise—only to be met with the shocking news that the groom has vanished. Eileen begs for her help, but how can Bess hope to find him when she doesn’t know the country, the people, or where to put her trust? Time is running out, for Michael and for Bess herself, and soon her own life is on the line. With only an Irish outlaw and a man being hunted for murder on her side, how can she possibly save herself, much less stop a killer? 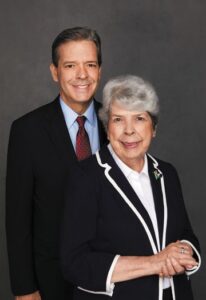 Charles and Caroline Todd are a writing team who live on the east coast of the United States. They are the New York Times Best Selling authors of the Inspector Ian Rutledge Series and the Bess Crawford series. They have published over thirty titles including two stand-alone novels, an anthology of short stories and over twenty short stories appearing in mystery magazines’ and anthologies worldwide. Their works have received the Mary Higgins Clark, Agatha, and Barry awards along with nominations for the Anthony, Edgar, and Dagger awards. They also happen to be mother and son, and they have always found it easier to work a few states apart because that happens to be how they began their collaboration.

Charles and Caroline Todd are a mother-and-son writing team who live on the east coast of the United States. They are the New York Times Best Selling authors of the Inspector Ian Rutledge and the Bess Crawford series. They have published over thirty titles including two stand-alone novels, an anthology of short stories and over twenty short stories appearing in mystery magazines’ and anthologies worldwide. Their works have received the Mary Higgins Clark, Agatha, and Barry awards along with nominations for the Anthony, Edgar, and Dagger awards. Caroline has a BA in English Literature and History, and a Masters in International Relations. Charles has a BA in Communication Studies with an emphasis on Business Management, and a culinary arts degree that means he can boil more than water.

Charles and Caroline grew up with the rich storytelling heritage of the south. Both spent many evenings on the porch listening to their father and grandfather reminisce. A maternal grandmother told marvelous ghost stories. This tradition allows them to write with passion about events before their own time. And an uncle/great-uncle who served as a flyer in WWI aroused an early interest in the Great War.

Because they are writing about a different country, a different time, and almost a different language, both Charles and Caroline have traveled extensively in Britain, spending time independently in the countryside, exploring the history and the villages—so different from the big cities—and talking to people wherever they go. These experiences have become the heart of the books and short stories they’ve written. Visiting battlefields, clambering over period tanks, even going up in a WW1 type aircraft, and handling period weapons have brought the Great War closer for both of them.

On a personal note, Charles’s love of history led him to a study of some of the wars that shape it: the American Civil War, WWI and WWII. He enjoys all things nautical, has an international collection of seashells, and has sailed most of his life. Golf and sports in general are enthusiasms. His experiences as a business consultant have given him an understanding of going into troubled places where no one is glad to see him arrive. As Rutledge often does, in his case hunting a killer.

Caroline has always been a great reader and enjoys reading aloud, especially poetry.  Her wars are WWI, the Boer War, and the English Civil War, although she’s always been intrigued by WW2. When she’s not writing, she’s traveling the world, gardening, or painting in oils. Her background in international affairs backs up her interest in world events, and she’s also a pro-sports fan. She loves the sea, but is a poor sailor. (Charles inherited his iron stomach from his father.) Still, she has never met a beach she didn’t like.

Both Caroline and Charles share a love of animals, and their family pets have always been rescues. They support pet adoption and dogs for veterans. Over the years their cats have often been sleepy companions as the Todds work late into the night meeting deadlines.