4.5 STAR REVIEW: NOT THE KIND OF EARL YOU MARRY by Kate Pembrooke 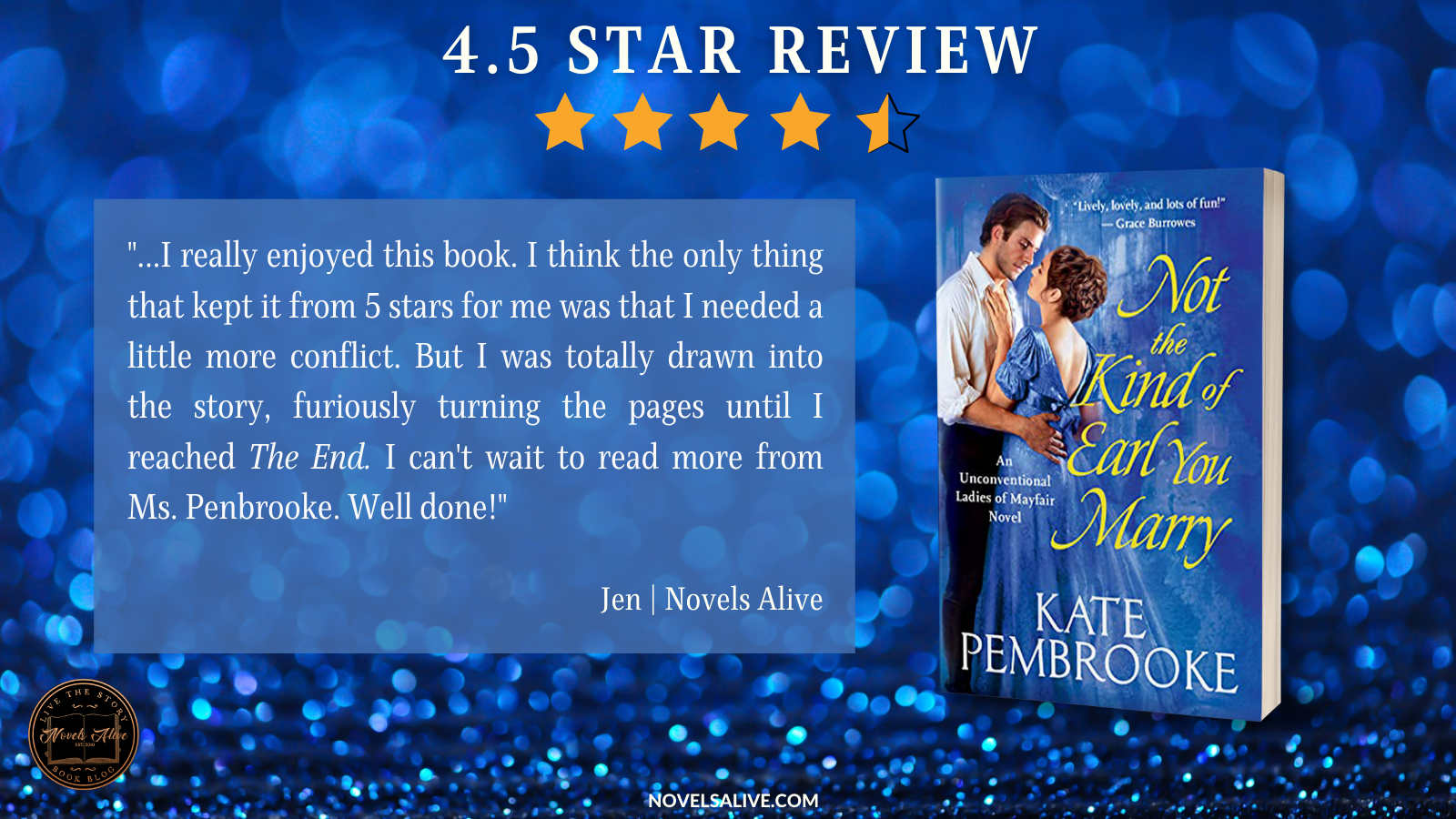 Fans of Netflix’s Bridgerton series will adore this stunning historical romance debut, where a wary wallflower enters a fake engagement with one of London’s most eligible bachelors.

The one woman in London who doesn’t want to marry him is now his fiancée.

William Atherton, Earl of Norwood, is as shocked as the rest of London to discover his betrothal via an announcement in the morning paper. Furious at what appears to be a shrewd marriage trap, William tracks down his alleged fiancée before her plans can affect his campaign for a coveted political post. But then William realizes an engagement, however fake, may benefit them both…

Miss Charlotte Hurst may be a wallflower, but she’s no shrinking violet. She would never attempt such an underhanded scheme, especially not with a man as haughty or sought-after as Norwood. Yet his suggestion to play along with the betrothal has its merits… and the longer they pretend, the more undeniably real their feelings become. But when the true culprit behind their engagement is revealed, can their newfound happiness survive the scandal?

I saw the cover of Not the Kind of Earl You Marry and just knew I had to pick up the book. Then to find out that this is Kate Pembrooke’s debut novel… well, count me in.

The story starts off with a bang when William interrupts Charlotte’s breakfast demanding to know why she’s announced their engagement when they’ve never even met. After this initial meeting, they decide to stay engaged temporarily to save Charlotte’s reputation and hopefully advance William’s political career. And of course, since it’s a romance, there is a happily ever after in the making.

I actually enjoyed both Charlotte and William. She’s a bit of a bluestocking, and since her brother is only a baron, she’s been content to be on the fringes of society. She is more at ease reading a good book rather than dancing at a ball. I can totally relate to her. And then William isn’t the typical regency hero. He’s more interested in enacting change in Parliament than enjoying the vices so many young lords participate in.

The romance between the characters is a slow burn, mainly because Charlotte is resisting the pull she has toward William. So the romance was quite well developed, as is the character development of the main characters as they grow throughout the story. There are also many interesting secondary characters that I hope make appearances in future books in the series.

All in all, I really enjoyed this book. I think the only thing that kept it from 5 stars for me was that I needed a little more conflict. But I was totally drawn into the story, furiously turning the pages until I reached The End. I can’t wait to read more from Ms. Penbrooke. Well done! 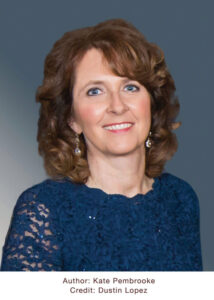 As a kid, the thing I loved to do more than anything was read. I grew up in the Midwest and I spent many a weekend afternoon happily browsing in the stacks of our county library which was housed in a stately early-twentieth-century building with four tall columns flanking the front entrance, and which had an inviting airiness on the inside thanks to high ceilings and large windows. In between trips to the library, I supplemented my reading material from the monthly bookmobile visits to our small subdivision, which in typical, rural Midwest fashion was surrounded by fields of corn and soybeans.

Fast forward to today, and I’m thrilled to call myself a published writer. It was a long-held, not-so-terribly-secret ambition of mine to become a writer—a career that, besides letting me tell the stories that live in my head, allows me to indulge my passion for pretty notebooks, colorful pens, and sticky notes. (Why, yes, I do love any excuse which requires a visit to an office supplies store.)

My writing life has evolved over the years. As a teenager, I wrote a lot of angst-filled poetry, branched out into writing Twilight Zone-esque short stories, and inspired by a steady diet of Agatha Christie books, even attempted to write a mystery titled The Murder of Wes Chandler. Then I didn’t write for several years, and when I took it up again, I chose to write Regency-set romances. This may seem a little odd given my earlier writing tastes, but does make sense in light of the fact that Pride and Prejudice by Jane Austen has long been one of my favorite books.

These days I love writing happily-ever-afters for my characters, but when I’m not busy at my keyboard, I (still) enjoy reading, puttering amongst my flowerbeds, taking beach vacations, and adding to my already extensive collection of cookbooks.

4.5 STAR REVIEW: NOT THE KIND OF EARL YOU MARRY by Kate PembrookeI really enjoyed this book. I think the only thing that kept it from 5 stars for me was that I needed a little more conflict. But I was totally drawn into the story, furiously turning the pages until I reached The End. I can't wait to read more from Ms. Penbrooke. Well done!