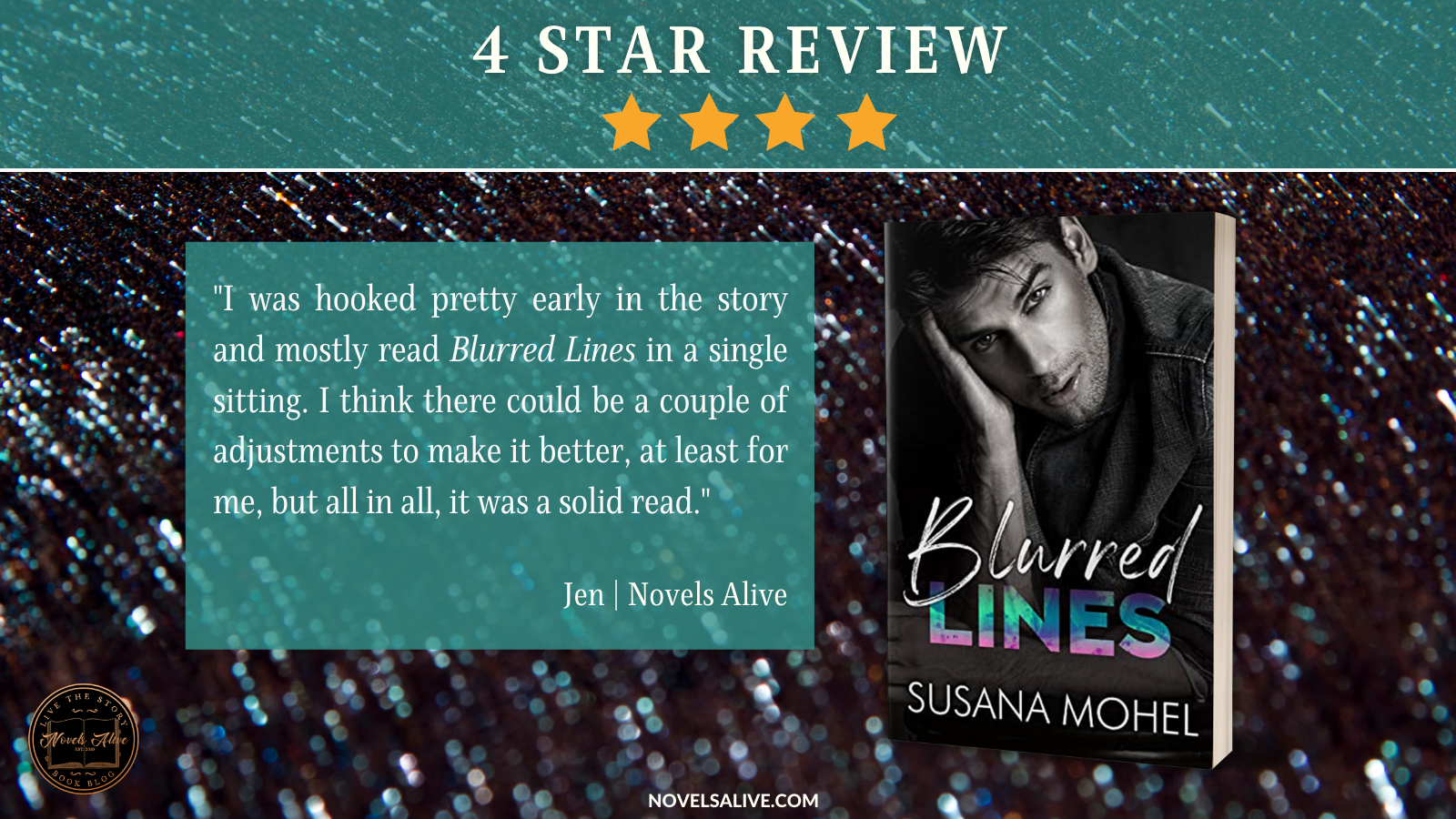 I’m my own independent woman who isn’t looking for the perfect man.
Stupid romantic dreams aren’t for me. Life has taught me enough to be sure love is a lie to sell diamonds on Valentine’s.
I have everything I want. A stable career, the bank account, amazingly supportive friends, and a fabulous high heels collection.
Until I lay my eyes on him. Evan Hayes.
Panty-dropping gorgeous. Check.
Cocky grin and attitude to match. Check. And check.
That sounds good, right? But I’m six years older, he’s a player… and my brother’s best friend.
An unexpected encounter on a stormy night turns into something else.
Something intense and undeniable.
The lines I carefully drafted around my heart become blurry, all the plans I made for my future are at stake.
Could he be the man who makes me believe?

I’ll be honest, I’ve never read a book by Susana Mohel before. But when I was asked to review Blurred Lines, I was curious and decided to give it a try. Was it my favorite book? Not particularly. But it was pretty good.

Blurred Lines follows Morgana and Evan. The book is told primarily from Morgana’s point of view. There was a chapter or two about halfway through the story that jumped to Evan’s point of view before returning to Morgana’s. I really could have done without that jump. I’d rather the whole book either stayed with Morgana or that it had jumped to Evan more regularly. It was just an odd jolt partway through the story.

But back to the characters. Morgana is a high-powered career woman who has a few issues she’s hidden away that she ends up dealing with once she meets Evan. They hate each other on sight and then realize that their friends and family have been trying to set them up. They get over the hate pretty quickly, and Evan finally breaks through her walls so they can get to their happily ever after.

Evan’s really too good to be true. I kept waiting for some flaw or inner turmoil with him, but since I was never really in his head, it wasn’t revealed.

Yes, the book is a romance between Morgana and Evan, but it was the secondary plot that truly drove the book. Since the author decided not to reveal it in the book’s blurb, I don’t want to give anything away. But really, all of the characters’ actions were entirely due to this plot, and I admit that I was totally sucked into the story and kept turning the pages since I wanted to see how it turned out. And, admittingly, I shed a couple of tears along the way.

The book was less spicy than I expected, and I kept finding myself feeling a little lost when tidbits about their friends kept getting tossed out until I realized that there are some connected books, but apparently, they aren’t a series. I found that the book’s description isn’t entirely accurate, but it got me to read it, so I guess it did its job.

In the end, I was hooked pretty early in the story and mostly read Blurred Lines in a single sitting. I think there could be a couple of adjustments to make it better, at least for me, but all in all, it was a solid read. 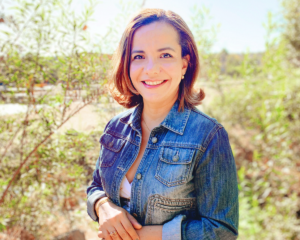 Susana Mohel is a bilingual, international bestseller and the author of twenty books published in two languages. In 2016 Susana was chosen as one of the Amazon Indie Contest runners.

Married to the Grinch, she’s the mother of a beautiful girl and a fur baby. For her, life is about having fun with her family, crafting, and everything pineapples. She’s a consummated goal digger, who writes heart-wrenching second chances and enemies to lovers sprinkled with fun and sexiness.

BOOK BLAST: THE GIRL IN THE ’67 BEETLE by Linda Lenhoff Plus Giveaway!