Previous articleNEW RELEASE: THE STATE MUST PROVIDE by Adam Harris
Next articleGUEST BLOG: The Challenges of Writing Cozy Mysteries by Lucy Burdette Plus Giveaway!

In recent years, I’ve been writing nonfiction and poetry. When I wrote short fiction in my youth, it was always character-driven. I was occasionally surprised by what the characters were doing. For example, in one story, a young man was talking about a tender subject and burst into tears. I was also crying as I continued to write that scene.

I went to the Maui’s Conference back when I was a short-story writer and attended a presentation by a novelist who compared herself to Isaac Asimov, a writer who starts with an outline of the book. She said she could never write an outline. She’s always driving a car at night when she writes and can see only as far as the headlights. I could relate totally to what she was saying.

Now that I’m writing nonfiction, however, it’s an entirely different kettle of fish. I know what the overall structure of the book will be early on. Maybe not first rattle out of the box, but as the book is beginning to emerge, I give consideration to the overarching outline.

I was trying to tell my mother that everything would work out if she would celebrate life, but she wouldn’t listen. She didn’t want to take joy in what she had. She wasn’t willing to let go of her bitterness.

Although she was too polite to complain, it was as if she were saying, “Life’s handed me a rotten deck, so why should I be glad?”

She would go to church with me sometimes. She’d take the Eucharist and we’d go back to our pew together. She’d sit there looking befuddled and impatient, waiting for everyone else to return to their pews. Waiting for the moment to pass so she could get on to the next thing.

She lived her life that way, always waiting for what was coming next when she could have been smiling, enjoying the scent of incense, the pleasure and holiness of her surroundings, offering a reverent prayer of thanksgiving for the Spirit renewed within her. For it is always renewed when we say Yes to God. The goodness of the Field is always willing to pull us into the realm of heaven if we ask to be pulled into heaven.

My mother wasn’t interested. Or maybe that’s unfair. I don’t mean to be harsh, just objective. If she preferred to suck juice from lemons instead of using the juice to make a glaze for carrots, it was because she didn’t know anything else was possible. And my telling her, “Celebrate the moment you’ve been given” didn’t help. It was a seed thrown into a garden that had mostly rocks and little soil.

I think she would have profited from trust. Not trusting me, but God. If she had been convinced that God was Loving Goodness and Goodness’ Flow, if she had trusted that in the Greater Love there was an answer, cooperation, and a resolution to all problems, she might have understood what I was saying. She might have returned from the altar dancing in the aisle (or dancing inwardly—she wasn’t one for outward display). If she had known God’s love was the first thing in eternity, the cause of all creation, at the core and root of all there is within the cosmos, she might have not spent her life waiting for the next moment to come. She might have noticed me that day when after years of separation, I walked right by her on the busy sidewalk in Edinburgh. She might have cultivated an openness to synchronicities, to the Field’s steadfast availability.

Instead, she walked right by me, encumbered by her shopping cart, destitute, living on the street.

I stood still, tears streaming down my face, witnessing the world she lived in, wondering how God could say, “This, too, is very good.”

Later in the day, when I was having tea with my dear friend Kiyoko and sharing with her the news of my encounter, I wondered if the gifts were all for me. A chance to cry, to feel compassion overflowing.

“What were you afraid of?” Kiyoko asked me, and in a flash I knew.

“I was afraid of my love for her,” I said and then I finished weeping, releasing the tears that had been bolted down that morning.

Kiyoko reached out and held my hands. 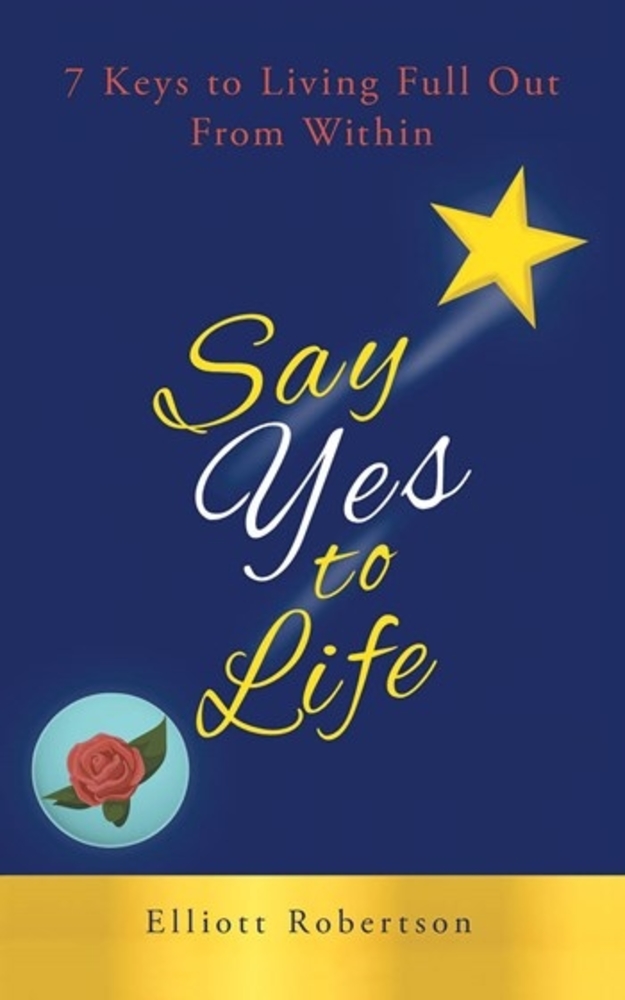 Say Yes to Life provides you with seven keys to unconditional, abundant living. Each key opens a doorway to experiencing life as a gift.

This book will guide you to the depths of your heart where you long to celebrate life with a wholehearted “Yes!”

You will be led to a place of greater authenticity.
You will be encouraged to take joy in who you are.
Only willingness is needed to embrace yourself with gladness.
With your true Self in the driver’s seat and the ego in the back seat, life takes on a new vibrancy.

Now you are present to yourself, to your companions, and the cosmos. The mountaintop appears and beckons you into the fullness that has always been awaiting you. 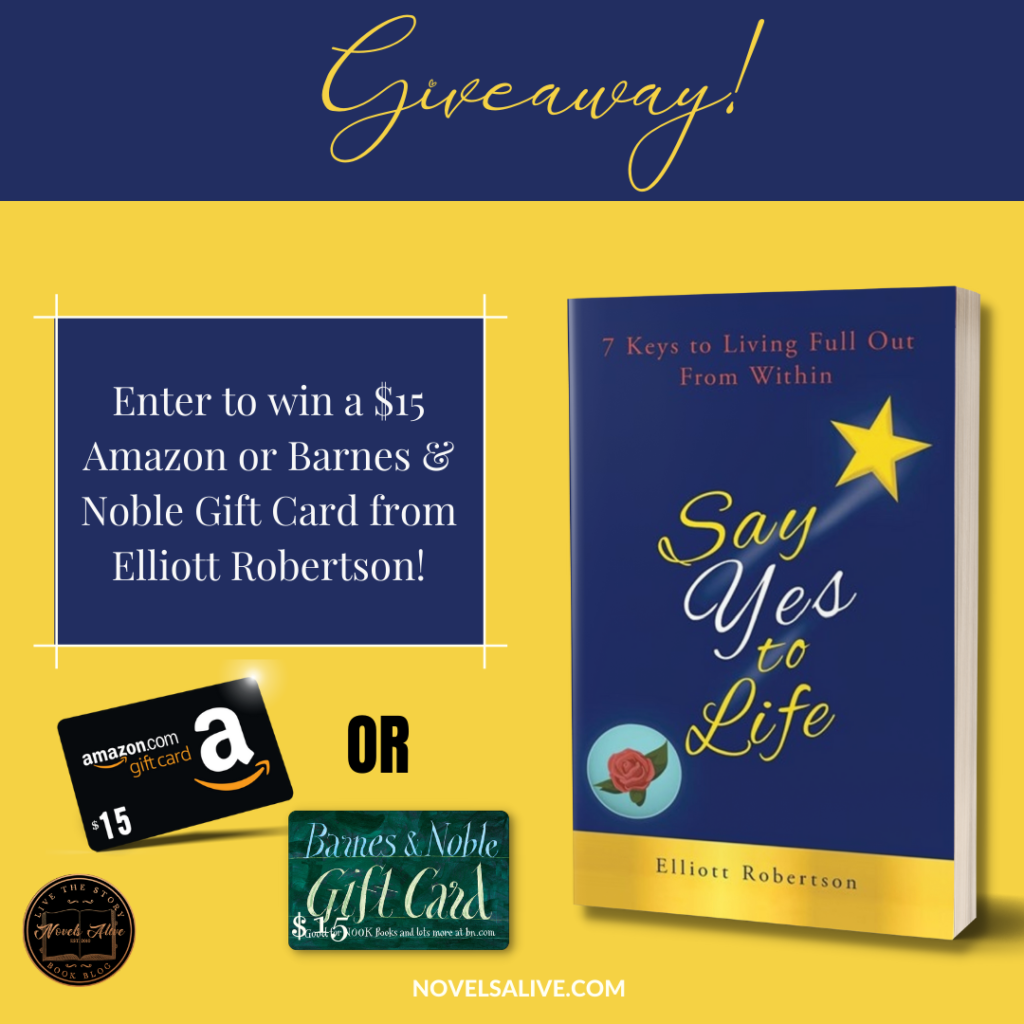 Elliott Robertson will be awarding a $15 Amazon or Barnes & Noble gift card to a randomly drawn winner via Rafflecopter during the tour. 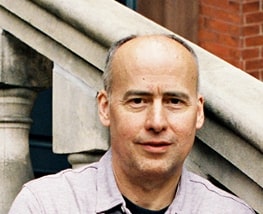 Elliott Robertson is a Happiness Coach. He holds an MA in Psychology and has been certified as a Happy for No Reason workshop facilitator. His articles have appeared in several magazines, including Science of Mind and Miracles Magazine.