GUEST BLOG: Can Serial Killers Be Likable? by Peter Perry and Kathleen Sumpton Plus Giveaway!

Previous article
GUEST BLOG: A Shameless Tack on Pitching My Books to Readers by Ellen Byron Plus Giveaway!
Next article
BOOK BLAST: THE WALL by David Pereda Plus Giveaway!

Is there a rule that says the serial killer cannot appear likable? The fact that they can be likable makes them even more evil. The unfortunate truth is, they often are likable, or charismatic, or charming, because they’ve practiced their entire lives how to appear that way. Some, actually do feel regret for their actions in some shape or form. They may confess to a priest or admit things to a psychiatrist. But their compulsions always seem to return. In their minds, they can twist the truth to actually believe that a friend would understand their need to kill. (A friend would look the other way.) In the same respect, they can make themselves believe that cleaning a victim’s apartment somehow lessons the responsibility of what they’ve done. (As if the deceased would appreciate their cleanliness.)

I think one strong point of the novel is that it makes people aware that killers are often quite likable, but not human. They appear human because of practise. All one has to do is look into their past and connect the dots to discover who they really are. No matter how articulate, or charming, or charismatic they appear, their past actions will be revealing. So in summation, while writing a novel, an author should showcase any regrets the serial killer may have had, (thereby humanizing them) but make it perfectly clear that these heinous types of crimes can only be performed by someone who has been stripped of whatever shadow of humanity was once in them. 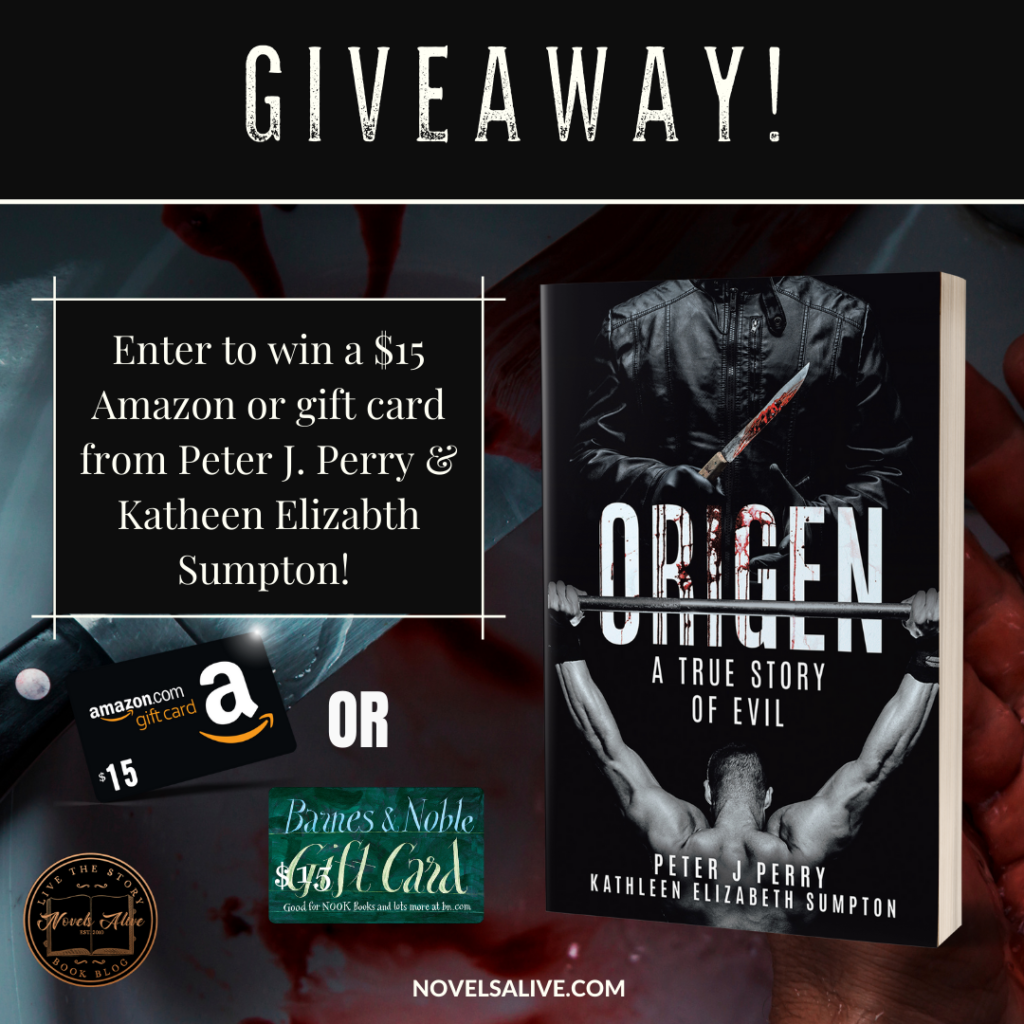 Peter Perry and Kathleen Sumpton will be awarding a $15 Amazon or Barnes and Noble gift card to a randomly drawn winner via Rafflecopter during the tour.