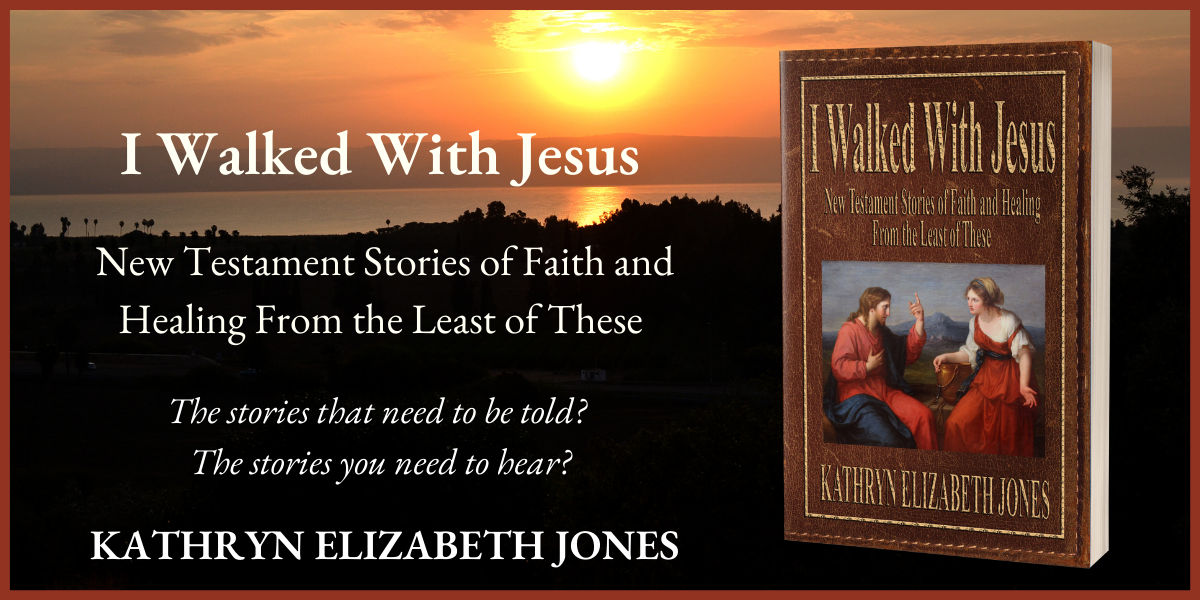 Research is important, especially when it comes to historical fiction. I have a stack of papers about 3-inches high on my desk to prove it. And books. And a few website sticky notes on my computer. As a published writer since 19… [Yep, I had to look that up] …1987, I have learned the ins and outs of most things writing-related. The older I get, however, the more I realize the things I don’t know. Things change—especially in the marketing your book arena—and they change quickly.

Other things, fortunately, stay the same, like research, for example. As a writer in my early 30s, I was told to research, and I did a little of it when I felt I had to. I did a lot of guessing too, not wanting to spend the time looking up a word, or traveling to a foreign land via the library.

My work showed it.

It wasn’t until much later that I truly saw the importance of getting it right. And the advice came from my mother. You would have to know my mother to appreciate her. She is kind but speaks her mind. Is specific in criticism while pouring on the love, and keeps you talking even in those moments when you told yourself you only had five.

She reads for me. And she tells me the truth.

And so, it was recently that she told me in no uncertain terms. This… [I could see her in my mind’s eye pointing to the page though we were on the phone] …this sounds like Hollywood. A desert place doesn’t look like Hollywood.”

“Of course, but not like you’re suggesting here. I’ve been to Israel. I’ve walked the path of Bethany. Flowers? Not like this. What I saw was mostly dirt.”

Actually, I’d gone to a website, two websites to find the flowers of the region. I’d watched a video. Heck, I’d read some stuff, and now she was telling me my setting in Israel looked like—Hollywood?

Okay, so maybe I had too many flowers along the path. Perhaps a dirt path was different than a moist one meandering near the Sea of Galilee. I had to get my facts straight. And so, I created more dirt. Fewer flowers.

The result? A better setting. A more realistic setting. A setting the reader could believe in.

Are you like me? Do you want to write but not research? Yes? Problem is, without getting the facts straight, the scene you are creating may be as far away from reality as that Martian who just landed on your roof.

Writing great historical fiction is a little like attending school again. There you are, in front of your computer reading up on stuff, taking notes, maybe even listening to your mother as she weaves the truth of Israel for you. You sit. You listen. And hopefully, your research leads you to the truth – at the very least a truth that makes sense to those who have been there and those who want to visit.

Your readers need to trust you. And if they can’t trust your research, how can they trust your story?

One of the first things I did well as a writer was to write dialogue. The stuff just flowed from my lips like sweet nectar. But the setting? Well, it was stilted, fake. Without the research, my characters were floating above ground without any real place to plant themselves.

If you want your reader to be a floating representation of herself, don’t spend time researching. But if you want her to stand on solid ground, ground that you have researched and understand, take some time. It doesn’t have to be a lot of time [I have heard of writers never getting to their book because they have been burned out by research] but you do need to spend some time. This rule of thumb works for me: fifteen minutes of research to an hour of writing. If that seems like a lot of research to you, it shouldn’t.

One of the biggest compliments I received from a recent reader of mine was that I had done my research. She could tell because of my detailed descriptions.

Consider this make-believe scenario that one day might become real for you. Let’s say you have a scene where a Boeing 747 is taking up a couple of newlyweds for a view of San Francisco. Suddenly, the plane is met with turbulence. What would that be like for the passengers? For the pilot? You need to know what it would take to bring that plane down. You can’t guess about the place in which the plane is flying either. It could be Israel or Guam, or even San Francisco – or not. How many people had access to a Boeing 747 in the period in which you are writing? What does the plane look like? How fast can it fly? Etc., etc.

Research more than you think you’ll need. Take my word for it, you won’t need everything in that 3-inch stack of papers, but you will need some of it. Consider also your sources. Someone who has written about their current day trip to Jamaica may not reflect what things looked like 50 years ago, but someone with epilepsy today would be a good bet to understanding your character with the same condition 50 years ago – some things never change.

I am a sort of by the seat of your pants researcher. I write, and when I come to something I don’t personally know or understand, I stop for a few minutes and do some research. I write and stop and write and stop. If the muse is on a roll I keep writing and mark those areas I need to go back to for clarification. Honestly, there are times I don’t want to interrupt my flow of words even if some of them may not be accurate, but highlighting them for later research helps me to go back after the writing muse has dissipated.

I also highly consider the opinions and critiques of my readers especially before my book is released. Even if they haven’t been to Israel, and something I have written makes them stop and reread what I have written, or wonder in their minds if it’s correct, or anything like that, I’m going to take a second look at it. And most of the time I’m going to correct it.

Finally, I make sure that I research the same idea in more than one place. Just because it’s online or in a book or from my mother’s lips – doesn’t mean a thing if I haven’t double-checked my sources.

Flowers in Israel? You bet. You can find them in red and purple, white and yellow. Some dirt paths are lined with trees. Other paths, like the road to Jericho, are nothing but cream-colored dirt and rock. There are some old Jerusalem walls lined with small green bushes, a few light pink flowers scattered in-between. The Sea of Galilee boasts the same color – green – but one does not see the pink closer to the water as expected.

What does this mean?

To go back in time is an almost impossible task. But an author can see through the eyes of another and can journey with them. They can go online and see the videos posted there. A writer can read, can discover. And then, because they have researched, they can make the right decision. 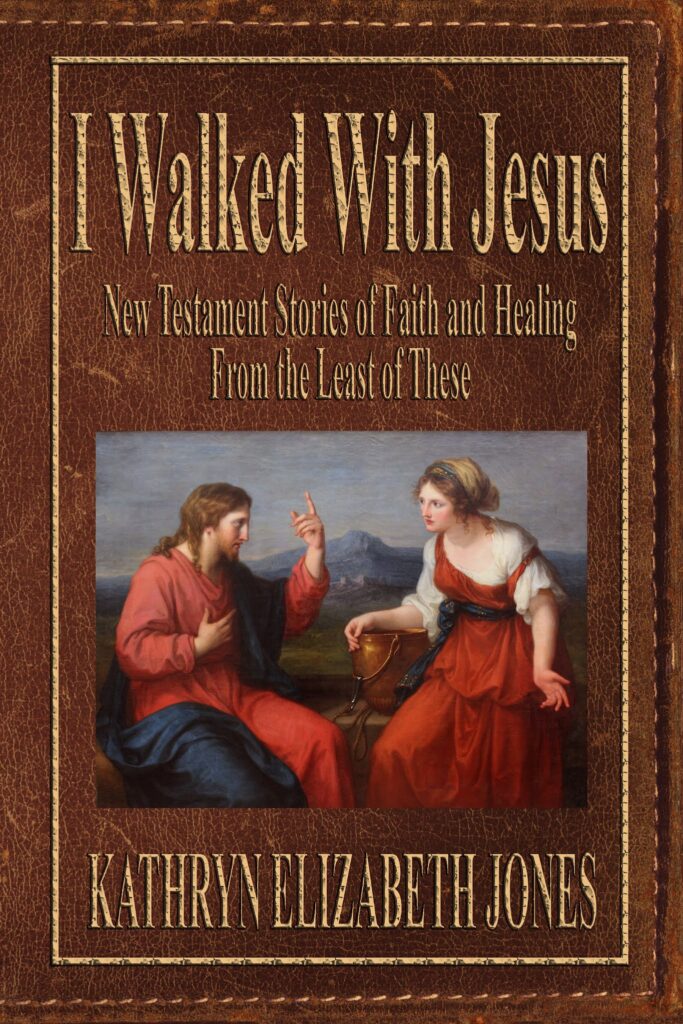 Have you ever felt like one of the least of these?

What do you know of the woman at the well? What led her to the well that day – the exact day Jesus would be there? What of the lepers, the blind man, the woman who dried Jesus’ feet with her hair? What of the Centurion who said at the cross, “Surely this was the Son of God”?

Stories of Jesus. You have heard them since you were young. But what about the parts that you’ve never heard? 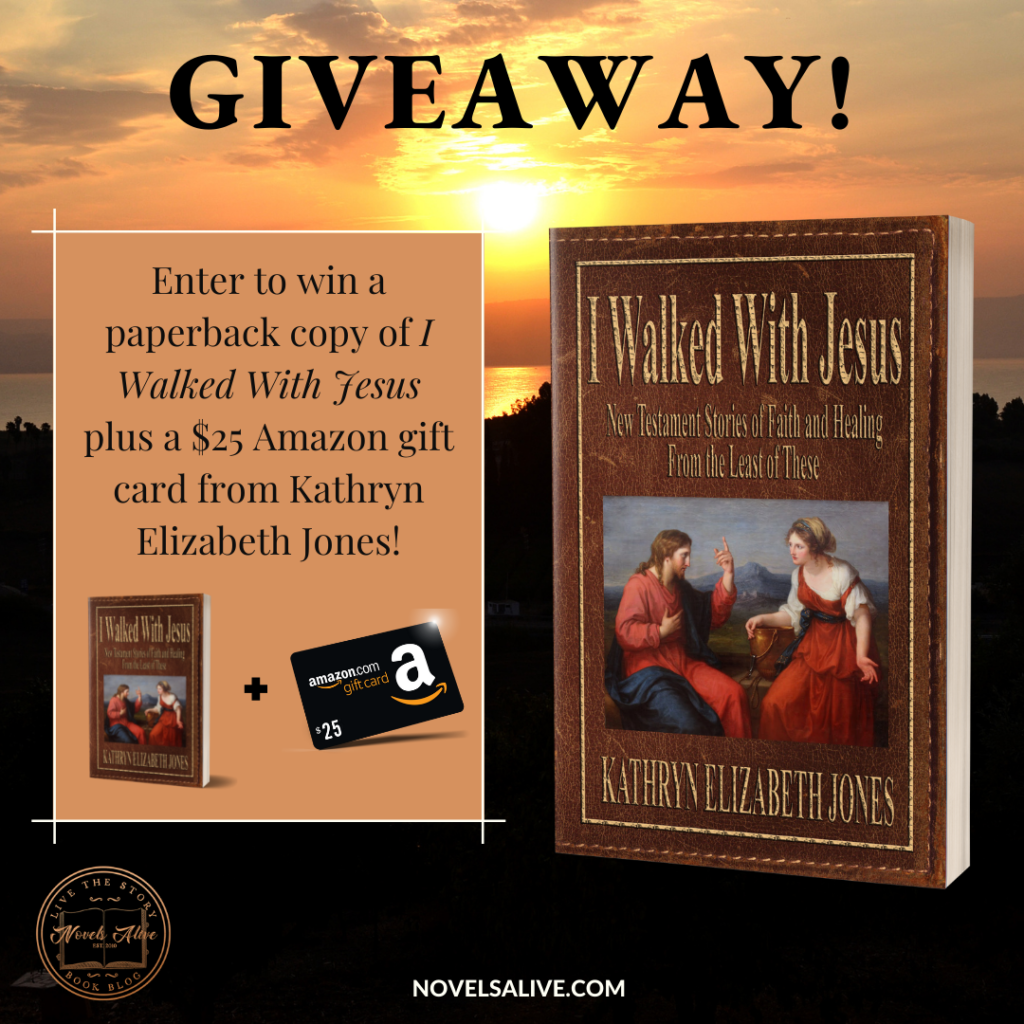 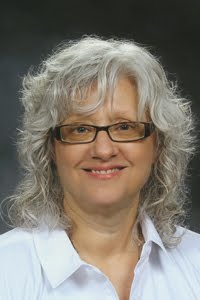 Kathryn Elizabeth Jones is a lover of words and a bearer of mood swings. When she is feeling the need to inspire, she writes a Christian fiction book. If a mystery is waiting to be uncovered, she finds it. If something otherworldly is finding its way through her fingertips, she travels to it.

Kathryn has been a reader since she was a young child. Although she took classes in writing as a teen, it wasn’t something she really thought would become her career until she was married. And even then, it took a few more years for something worthy enough to publish to manifest itself.

Kathryn’s first book was published in 2002. Since then, many other books have found their way out of her head depending on the sort of day she is having. Kathryn is a journalist, a teacher, a mentor, an editor, a publisher, and a marketer.

Her greatest joy, other than writing her next book, is meeting with readers and authors who enjoy the craft of writing as much as she does.