Writing is a passion but not my occupation. My day job is one of being a global banker based in Sydney, Australia. It’s a job I love because of the people I work with, the clients I serve, and the intellectual challenge it provides. That being said, it is job that often stretches from morning to late into the night as I work with colleagues in New York, London, Hong Kong and Singapore.

On top of my banking career I am also a husband and father of young children who are 8 and 6. As most parents will attest, when you have young kids very little of your life is about you. During their waking hours they consume most of my attention whether it’s making meals, drawing, playing dinosaur bingo, jumping on the trampoline, doing cartwheels, going to the beach, playing poo bingo, going fishing, cleaning, etc.

As a result, I’m often asked “how do I balance a very full life and my passion for writing?” Especially given that writing is largely a solo activity. The answer is not easily. I’ve tried writing while my kids were around but they sat on my head. I can tell you it’s very hard to write with a child sitting on your head. Finding the time takes compromise and commitment. Time to develop the concept, flesh out the characters, outline the plot, write the story, revise the story, edit, edit, edit and eventually publish.

I try to make sure that I proactively communicate with my wife about both work and family commitments. Sometimes writing has to take a back seat to be both the husband and the father that I want to be. I try to look for blocks of one or two hours at night where my wife might be working or watching a movie. I do the best that I can to use these blocks of time to get in a rhythm and write like the wind.

As indicated previously, most of my free blocks of time are at night after the kids are asleep (see the child sitting on your head part referenced earlier). When I have late zoom calls I try to use the time before or in between calls to write. It’s not always easy to write after 9 or 10 pm at night when you are already tired. You have to be committed to the cause. Getting started is often the hardest part. As Newton’’s first law states—an object at rest stays at rest and an object in motion stays in motion. Once I start writing I always get a second wind.

While it’s a juggle to balance a life and writing I have found it to be very rewarding. I love writing. There is also a real sense of accomplishment when the book is completed and an even bigger payoff when someone let’s you know they have enjoyed reading it.

The Order of Time Series

Picture two twelve-year-old fraternal twins who are like night and day. She is a smart and highly organised MMA fighter. He’s not a fighter, he’s a lover of history, art and Star Wars. Despite their differences they are one formidable team. Together Anastasia and Edward Upston travel through time and navigate ancient civilisations, angry gods and mythical monsters in their quest to protect the integrity of human history.

About The Order of Time 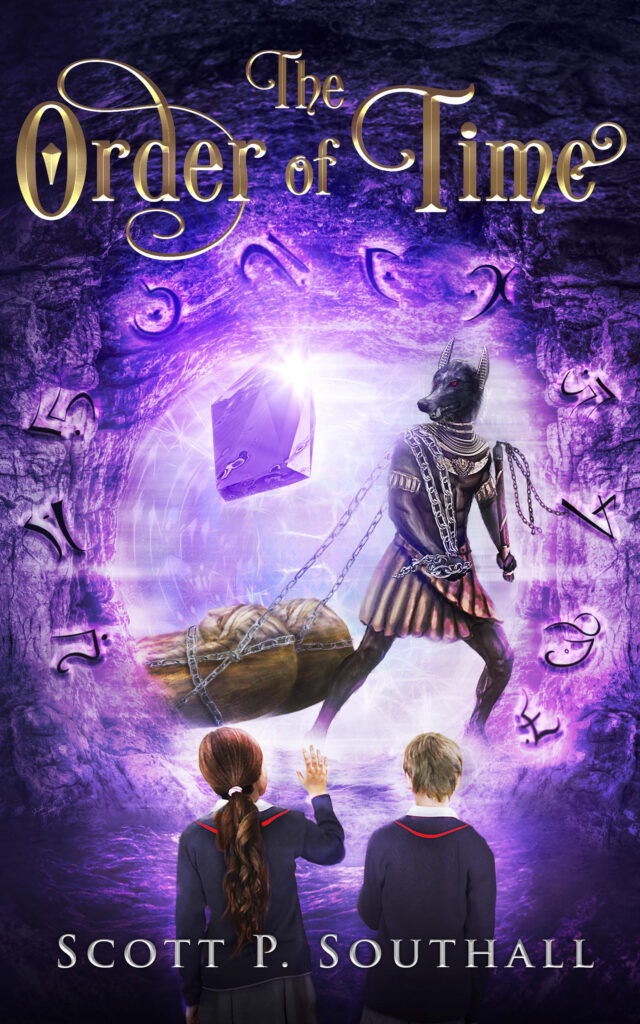 Anastasia and Edward Upston are eleven year old twins who are different in almost every way. Despite this they are inseparable and he best of friends. They tackle the highs and lows of sixth grade together whether they are fending off bullies at the elite Blake Academy or examining rare antiquities at the Smithsonian Museum of Natural History. Then: life gets complicated.

They discover that their friend and mentor, Dr. Gregorian, is part of a secret society called the Order of Time. It turns out that time is not fixed, it’s a fluid continuum where changes to the past can create ripples all the way through to the present. It unwittingly falls to the twins to travel back through time to ancient Egypt where they must overcome deadly assassins, evil high priests and vengeful gods in order to prevent disaster. Together Anastasia and Edward must navigate all obstacles to preserve the past and find their way back home.

About The Order of Time and Odin’s Door 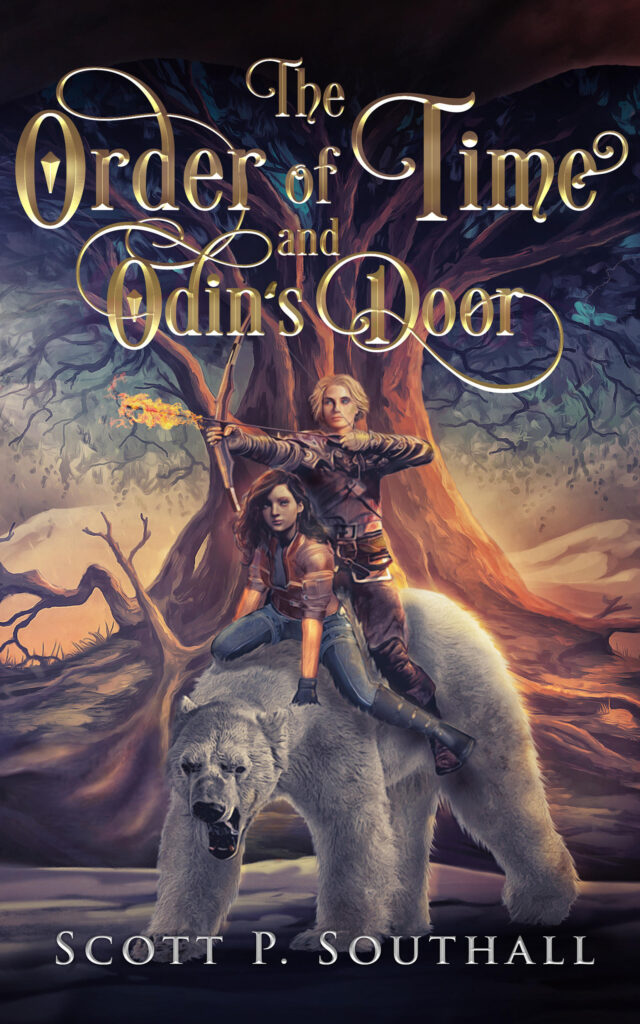 The orange light bathed the snow-covered fields as the fiery globe began to dip below the horizon. It was strange that something so beautiful could signal the arrival of something so evil. One thing twelve-year-old twins Anastasia and Edward Upston knew for sure was that when mortals were caught between two bickering gods nothing good would come of it. Surviving the Viking Age may be the hardest thing they ever do, if they can… 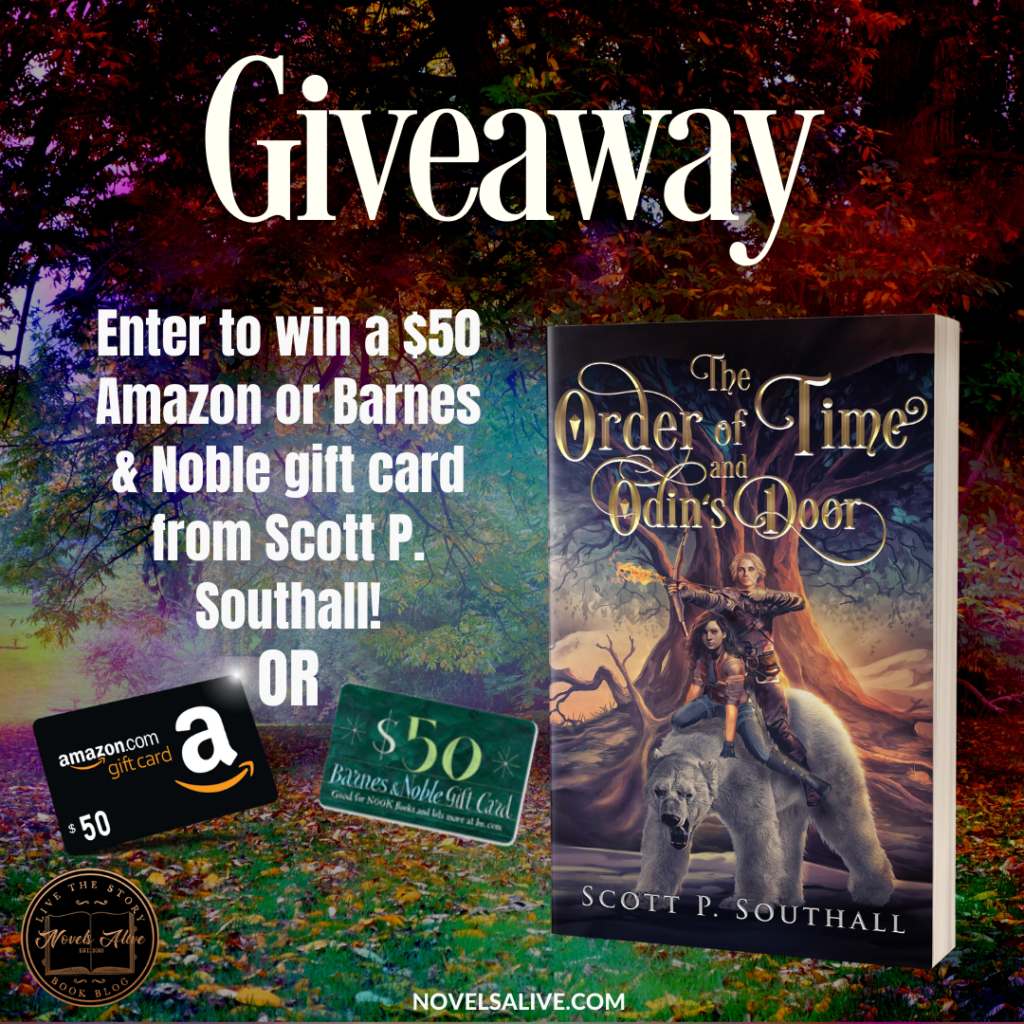 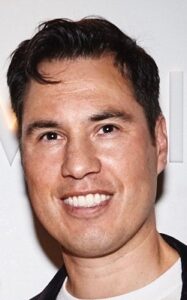 Scott is an American author and banking executive who lives in Sydney, Australia. He grew up in the suburbs of Washington D.C. and attended Georgetown University. While he loves his job as a global banker, his true passion is making up stories with his children. His debut novel, The Order of Time, reached #1 in its category on Amazon and was the 2021 Reader’s Favorite Gold Medal Winner in the Children’s – Mythology/Fairy Tale genre.