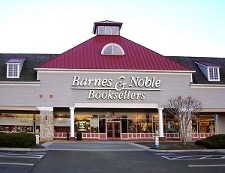 In a 2018 presentation at New York City’s BookExpo on the future of retail, it was opined that physical retail is most certainly not dead, but that the paradigm has changed. Customers need a reason to visit a bookstore; there has to be an “experience.”

To me, what that boils down to is that local stores MUST engage fully in local interests. What that would mean to Barnes and Noble is that their buyers would be local. They would know the local customers, analyze their buying habits, and order books accordingly. They would have the power NOT to order a zillion “best-sellers,” but maybe five, if appropriate. They would have the power to order more books by local authors and more books on local interests.

Point in fact: my local Barnes and Noble does, indeed, have a “local authors table,” but it’s way in the back of the store. The other day when I was in the store, it took every ounce of restraint in me not to move my 3 Historical Novels, THE DUNG BEETLES OF LIBERIA, BLOOD BEFORE DAWN (Book 2 of the Dung Beetles of Liberia Series, and BLOODROOT, from the back to the very visible “New Historical Fiction” kiosk in the front of the store!

As I continue my research on the future of Barnes and Noble, I will keep you informed of my findings. And actually, some of the news is quite encouraging! 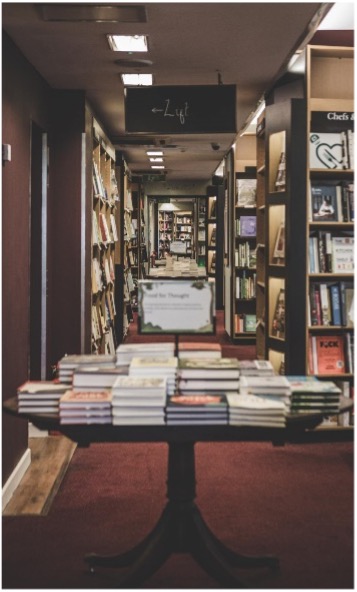 As I wrote last month, Barnes and Noble is struggling. even though we all desperately want it to succeed. However, further reading on the subject has provided a glimmer of hope, and Barnes and Noble themselves is providing it by hiring a new CEO, James Daunt.

In 2011, Daunt took over the helm of Waterstones, Britain’s largest bookstore, a similar establishment to Barnes and Noble. At the time it was faltering and had many of the same problems of its American counterpart. in just four years Daunt was able to turn Waterstones around to where it was actually making a profit.

He did this by changing the rules

Publishers traditionally have had the say as to where their books would be stocked and put on display in a bookstore–for a price, i.e the bookstore gets paid by the publisher if they let them place their merchandise where they want. The problem is, with a chain like Barnes and Noble, the book placements are done by an agent in NYC and are done without knowledge of the likes and dislikes of the individual locales. Daunt (as you can imagine) with a great deal of negotiation, changed this!

He also empowered his staff. Right. So if the publishers don’t place the titles, who will? The staff!! Who, by the way, know the locale, the customers, and the tastes of the community.

Finally, he did something that B&N already does pretty well: create a comfortable, welcoming atmosphere that says you can stay as long as you want. And I must say, here they have it all over Amazon. So, here’s to you, Mr. Daunt! I hope you save Barnes and Noble. 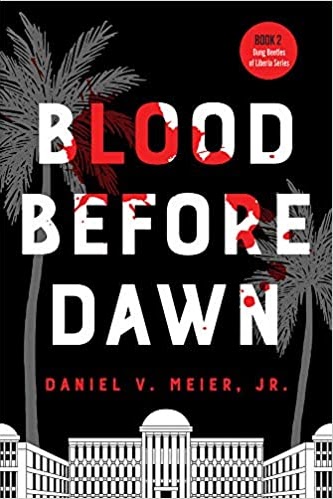 April 1979: Ken Verrier and his wife, Sam, return to Liberia to buy diamonds. They did not return to get caught up in a rice riot and a coup d’etat. But that’s what happens. Ken witnesses and unwittingly participates in a period of Liberia’s tumultuous yet poorly documented history—the overthrow of the Tolbert presidency and ultimately the end of the Americo-Liberian one hundred thirty-three years of political and social dominance. 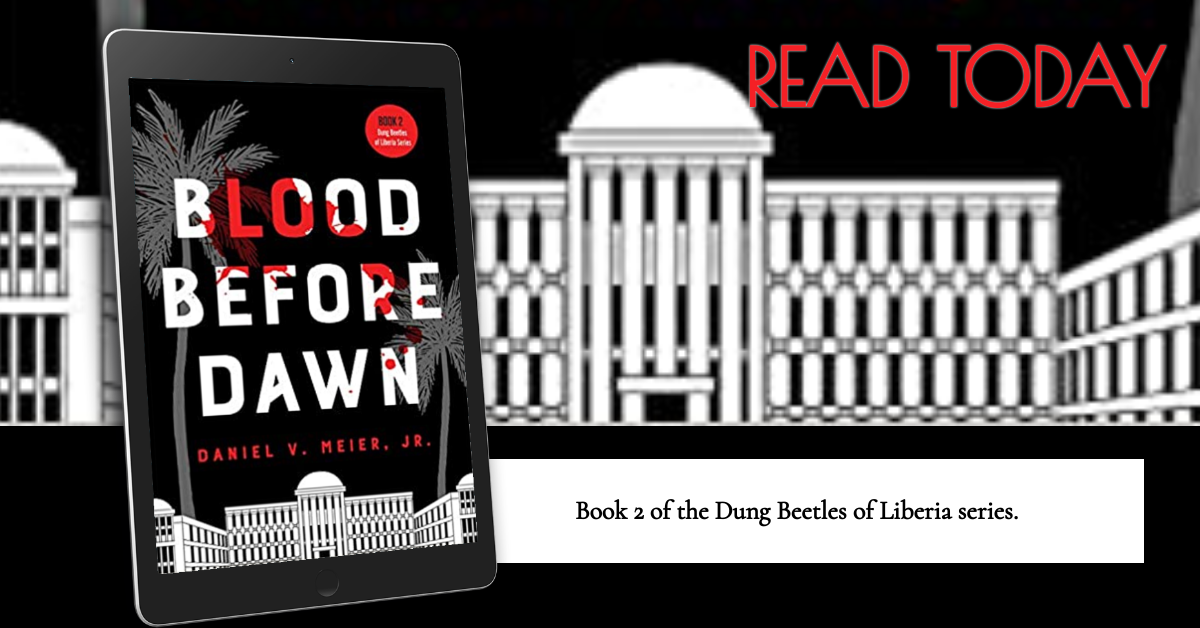 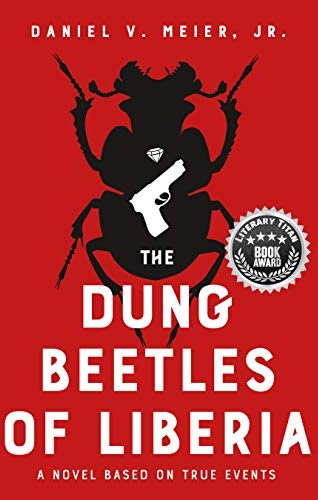 THE DUNG BEETLES OF LIBERIA

Based on the remarkable true account of a young American who landed in Liberia in 1961.

The blend of fictional action and nonfiction social inspection is simply exquisite, and are strengths that set this story apart from many other ficitonal pieces sporting African settings. – D. Donovan, Midwest Book Review

NOTHING COULD HAVE PREPARED HIM FOR THE EVENTS HE WAS ABOUT TO EXPERIENCE. Ken Verrier quickly realizes the moment he arrives in Liberia that he is in a place where he understand very little of what is considered normal, where the dignity of life has little meaning, and where he can trust no one.

It’s 1961 and young Ken Verrier is experiencing the turbulence of Ishmael and the guilt of his brother’s death. His sudden decision to drop out of college and deal with his demons shocks his family, his friends, and especially his girlfriend, soon to have been his fiancee. His destination: Liberia—the richest country in Africa both in monetary wealth and natural resources.

Author Daniel Meier describes Ken Verrier’s many escapades, spanning from horrifying to whimsical, with engaging and fast-moving narrative that ultimately describe a society upon which the wealthy are feeding and in which the poor are being buried.

It’s a novel that will stay with you long after the last word has been read. 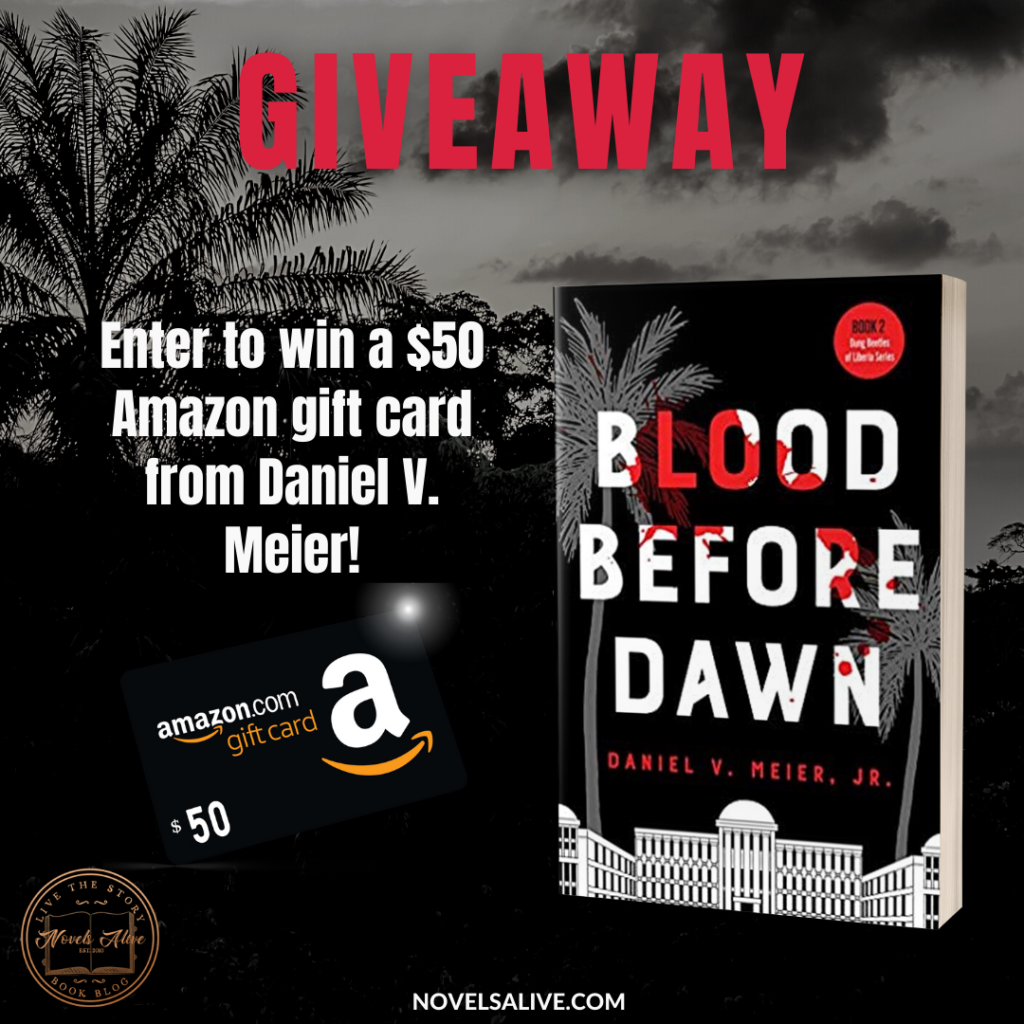 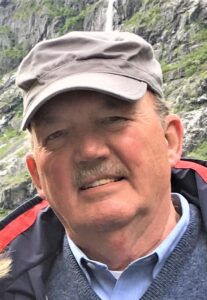 A retired Aviation Safety Inspector for the FAA, Daniel V. Meier, Jr. has always had a passion for writing. During his college years, he studied History at the University of North Carolina, Wilmington (UNCW) and American Literature at The University of Maryland Graduate School. In 1980 he published an action/thriller with Leisure Books under the pen name of Vince Daniels.

Dan also worked briefly for the Washington Business Journal as a journalist and has been a contributing writer/editor for several aviation magazines. In addition to BLOOD BEFORE DAWN, he is the author of its prequel, the award-winning historical novel, THE DUNG BEETLES OF LIBERIA, as well as 2 other highly acclaimed novels published by Boutique of Quality Books (BQB Publishing).

December 7 – Momma and Her Stories – Excerpt

December 9 – So Many Books – Spotlight*

December 14 – A Life Through Books – Interview

December 20 – On a Reading Bender – Review

December 24 – Momma says to read or not to read – Spotlight