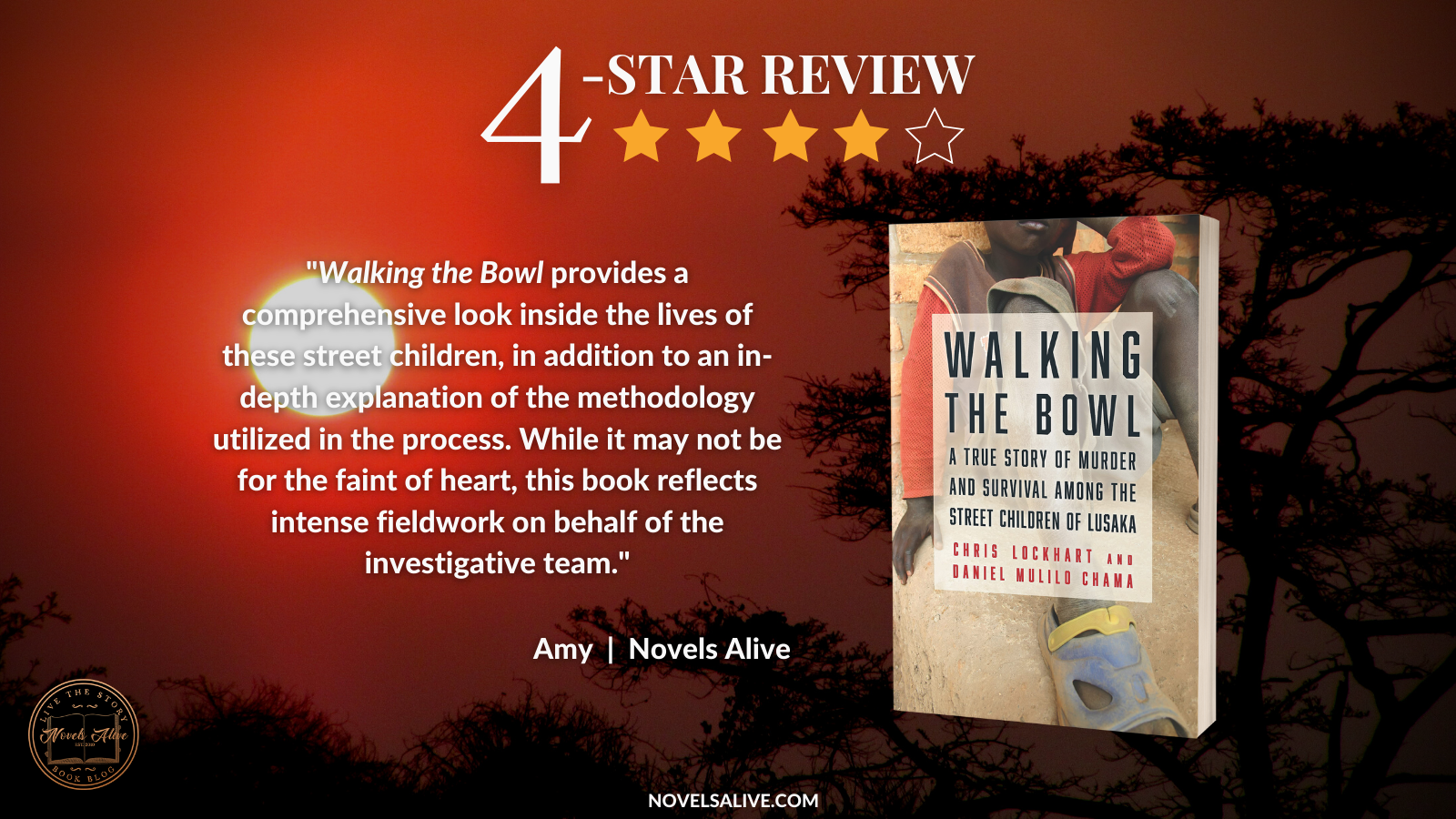 For readers of Beyond the Beautiful Forevers and Nothing to Envy, this is a breathtaking real-life story of four street children in contemporary Zambia whose lives are drawn together and forever altered by the mysterious murder of a fellow street child.

Based on years of investigative reporting and unprecedented fieldwork, Walking the Bowl immerses readers in the daily lives of four unforgettable characters: Lusabilo, a determined waste picker; Kapula, a burned-out brothel worker; Moonga, a former rock crusher turned beggar; and Timo, an ambitious gang leader. These children navigate the violent and poverty-stricken underworld of Lusaka, one of Africa’s fastest-growing cities.

When the dead body of a ten-year-old boy is discovered under a heap of garbage in Lusaka’s largest landfill, a murder investigation quickly heats up due to the influence of the victim’s mother and her far-reaching political connections. The children’s lives become more closely intertwined as each child engages in a desperate bid for survival against forces they could never have imagined.

Gripping and fast-paced, the book exposes the perilous aspects of street life through the eyes of the children who survive, endure and dream there, and what emerges is an ultimately hopeful story about human kindness and how one small good deed, passed on to others, can make a difference in the face of seemingly insurmountable odds.

The driving force behind Walking the Bowl centers around the desire to shed light on the day-to-day lives and realities of street children in Lusaka, the capital city of Zambia in Africa. It’s a true story with eight people spending more than five years gathering information, including three years embedded in the street culture. The authors, Chris Lockhart and Daniel Mulilo Chama, both appear in the story as characters.

To describe the content as shocking wouldn’t adequately express the horror I felt reading how these children survived by scavenging at a garbage dump. They actually ran after garbage trucks in order to be the first ones to pick through the contents. They had a clear organizational chart, though, with a task for everyone.

The book focuses around the discovery of a child’s body, referred to as the Ho Ho Kid, and the ensuing investigation since the boy happened to be the illegitimate child of a high-ranking political official. At the center is Lusabilo, a young boy who finds the body and must help with the investigation or face punishment. With every character introduced, there is a new aspect provided to the story. Not only do these children not have adequate food or shelter, but there is also a serious problem with them falling prey to drugs in the form of sniffing glue.

While the investigation unfolds, perhaps an even stronger theme emerges; the power of the slightest good deed. In fact, the story’s title, Walking the Bowl, comes from the concept of helping others. It’s a random act of kindness that you do for someone with the acknowledgment that it will be repaid by doing something similar for someone else. Ultimately, that concept plays a significant role for the characters.

Walking the Bowl provides a comprehensive look inside the lives of these street children, in addition to an in-depth explanation of the methodology utilized in the process. While it may not be for the faint of heart, this book reflects intense fieldwork on behalf of the investigative team.

WALKING THE BOWL provides a comprehensive look inside the lives of these street children, in addition to an in-depth explanation of the methodology utilized in the process. While it may not be for the faint of heart, this book reflects intense fieldwork on behalf of the investigative team.4-STAR REVIEW: WALKING THE BOWL by Chris Lockhart and Daniel Mulilo Chama