INTERVIEW: Ed Davis Author of The Last Professional Plus Giveaway! 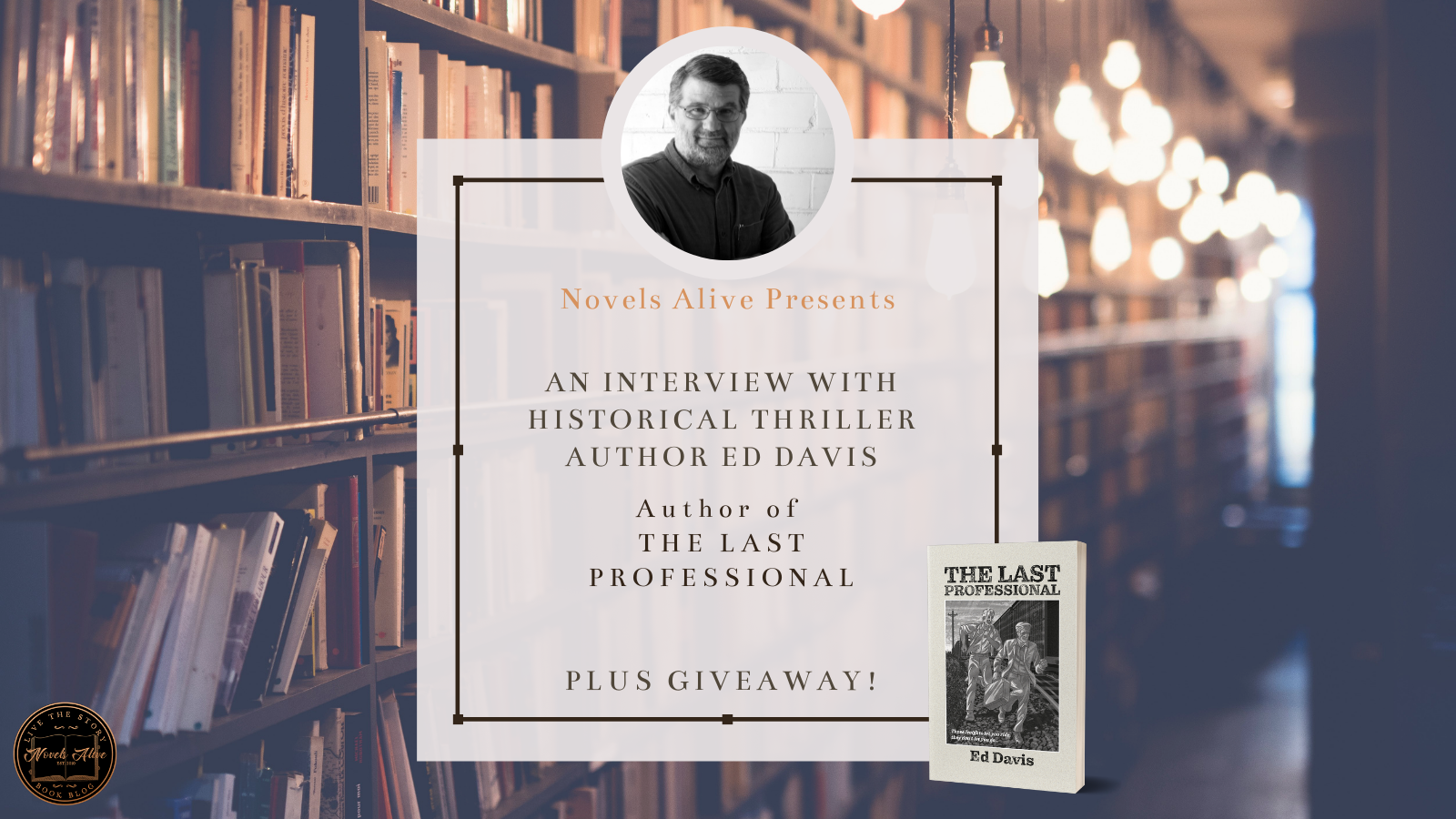 Rider and lover of American rails and author, Ed Davis joins us today to answer our probing questions so we can learn a little bit more about him.

My latest novel, The Last Professional, is a road story in the purest sense—two characters on a hobo’s journey across America; a young man confronting the traumas of his past, and an old one clinging to the code he has lived by and his vanishing way of life. The structure—the journey—drives the action, but it is the evolving relationship that the characters have with one another, and with themselves, that gives the structure meaning, and hopefully resonates with readers.

When I wrote the first draft of The Last Professional, forty years ago, I clearly identified with Lynden Hoover, the young man who realizes that he can’t get on with his life unless he comes to grips with being abducted and abused as a boy by a passing railroad tramp. Like Lynden, I did not know my father and I was also subjected to sexual abuse, though by a family friend, not by a tramp. When I came back to rewrite the novel a few years ago I was in my sixties, and I found myself identifying with The Duke, the last professional hobo still riding the rails—Profesh, they called themselves. He is a man confronting a rapidly changing world where everything he has lived for is called into question, and his very life is at risk. Yet interestingly, through the process of bringing this book to completion and publication, I’ve come to understand that, like Lynden, those early traumas that I thought I’d left behind hadn’t gone anywhere. They wait for all of us, biding their time until we are ready to face them, so that we can begin to heal.

The Last Professional reads like a movie, though I did not intend that when writing it. The best films introduce us to a world that we can’t visit on our own, give us characters that we care about, and have a storyline that invites us to come along for the ride and makes us glad we did when the credits roll. This novel checks all the boxes.

Actually, no. I write for myself first, which has allowed me to explore work that speaks to me, regardless of genre.

I’d love to share an afternoon with Herman Melville, preferably in a pub in New Bedford.

I started writing The Last Professional in a boxcar over forty years ago, so two thirds of my real life transpired during its creation. Family, children & grandchildren, failures, successes, career, loss. I believe that the best fiction is informed by the author’s life experience. I know without a doubt that this is a far better book now than it would have been if it had come out in its original form.

In its forty-plus year journey to publication, many hands (editors, agents, publishers) have touched this manuscript—so many, in fact, with so many differing ideas about what it should be, that at one point it became two books. And yes, in that process, while much got cut that should have been cut, other things were edited out that should not have been. It is easy for an author to lose possession of his work, particularly an author who seeks and values the opinions of others, which I do. When I realized that exactly that had happened with The Last Professional, that it was no longer the book I wanted to write, I took it back and started again. With the help of my editor and friend, Vince Zukowski, we recaptured what had been lost, and went well beyond that. I could not be more satisfied with the end result.

I get them talking. Dialogue reveals so much, both about how a character is perceived by others, and how they perceive themselves.

I rode freight trains around the US and Canada for about ten years, not full time, but whenever I got the chance. My fascination with the lifestyle led me to acquire an extensive library about hobos, their way of life, and the part the played in our country’s history.

I write as a way of connecting with others, of sharing. If I can create characters and stories that resonate with a reader on a personal level, and allow them to reflect on their own life experience in a different way, then I’ve done my job as an author.

I’m a Masters Level discus thrower, currently ranked #1 in the world in my age bracket.

From the moment I caught my first freight train, I fell in love with the experience and I wanted to share it. On a sub-conscious level—and I think a great deal of writing happens there—I now understand that I created Lynden Hoover, the young man returning to the rails to confront his past—so that I could take his journey with him. Lynden’s, as told in The Last Professional, only spans a few weeks. Mine continues to this day.

I am just putting the finishing touches on a collection of short stories—several of which have been published in literary journals—all set in the fictional town of O’Farrell, which is based in Sebastopol, California, where I grew up. And my novel, Four in Stone, also set in O’Farrell, is complete and waiting for the next stage of its journey to begin. 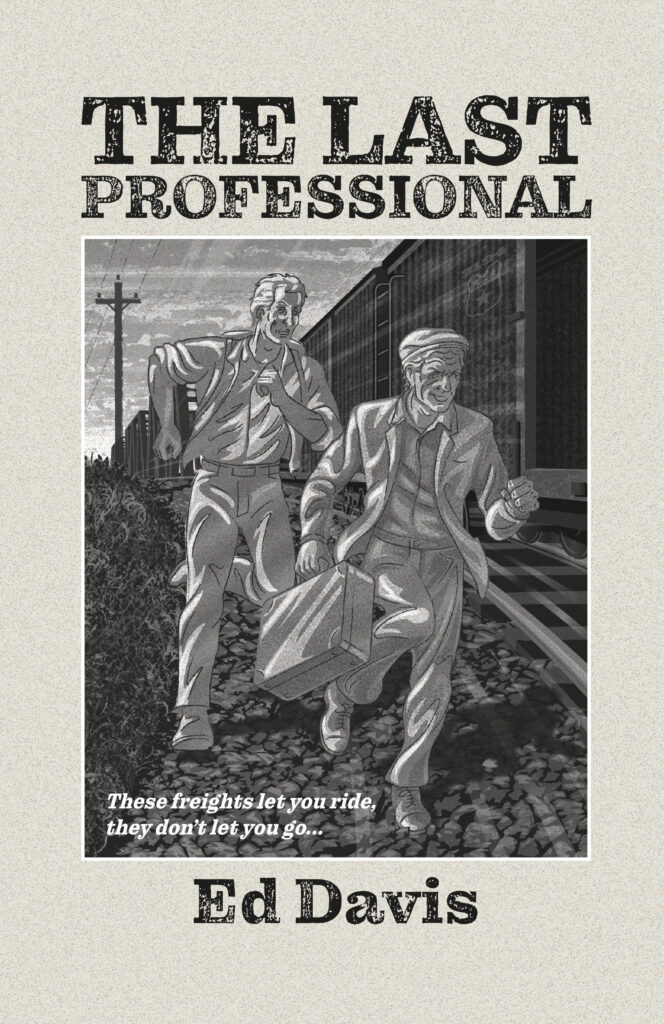 This is a story of America! Lynden Hoover, a young man on the brink of a new beginning, cannot embrace it without confronting the traumas of his past. Help comes from The Duke, an old loner who calls America’s landscape his home. He clings to an honor code, but in fleeing from Short Arm, his merciless enemy, his code is being tested.

At the end of the 20th century few Knights of the Road still cling to their vanishing lifestyle. The Duke mentors Lynden, enlisting old traveling friends to keep himself and his apprentice just ahead of Short Arm’s relentless pursuit. When two of those friends are murdered, the stakes become life or death.

Bonds are formed, secrets exposed, sacrifices made, trusts betrayed, and all against a breathtaking American landscape of promise and peril. Three unforgettable characters, hurtling toward a spellbinding climax where pasts and futures collide, and lives hang in the balance. 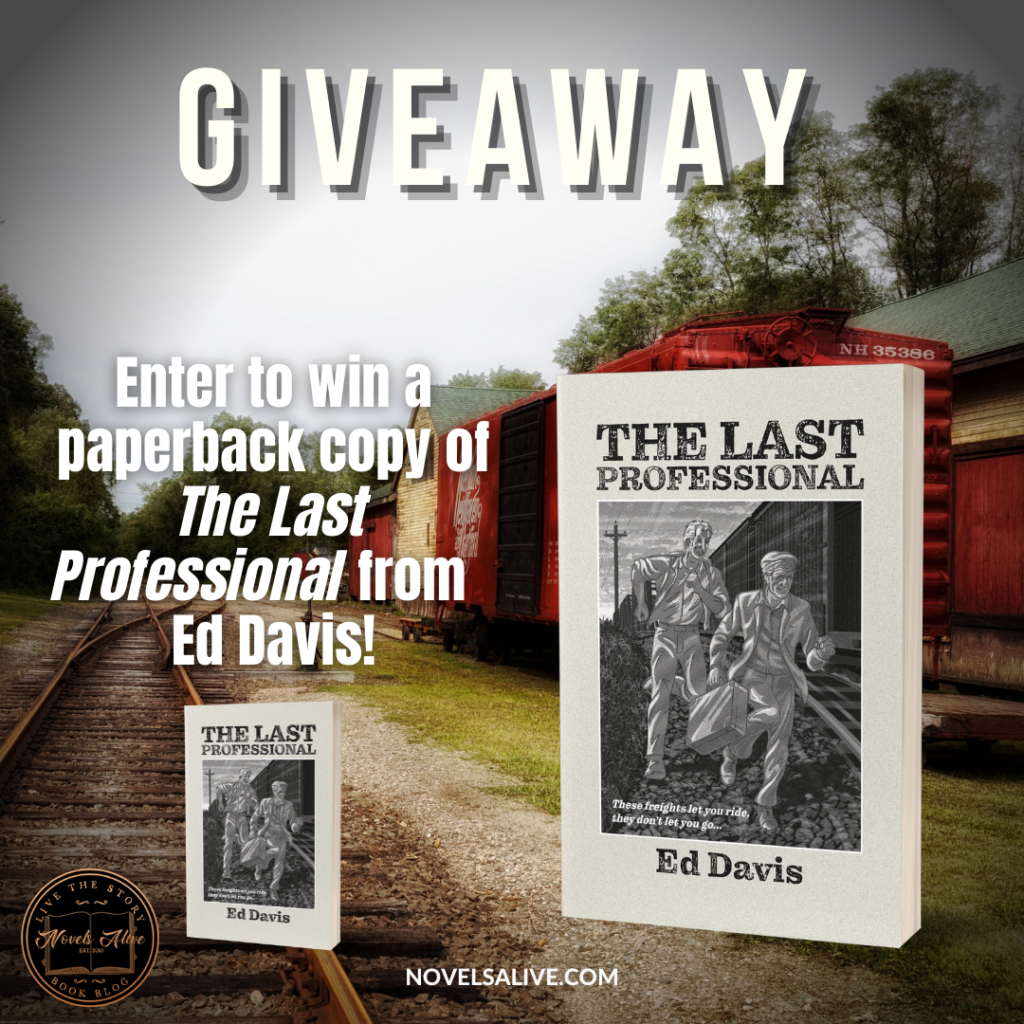 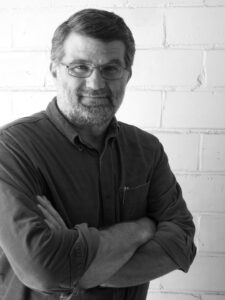 “From the moment I caught my first freight train as a kid, and felt it literally carry me away, I knew my life would never be the same.”

Ed Davis began his writing career over forty years ago, pausing in boxcars, under streetlamps, and in hobo jungles to capture the beats and rhythms of the road as he caught freight trains and vagabonded around the Pacific Northwest and Canada. As Ed illustrates in Forty Years from Boxcar to Book Launch The Last Professional was born on the rails. His short stories have appeared in numerous literary journals. His novella, In All Things, and his collection of travel pieces, Road Stories, have both been Amazon Top Ten bestsellers. Ed’s death row thriller, A Matter of Time, was written in real time, twenty-four hours, as the last day of the hero’s life unfolds. His work has appeared in Gris-Gris, New English Review, and The Penman Review among others.  Ed and his wife Jan live in Northern California, not far from Jack London’s Beauty Ranch.