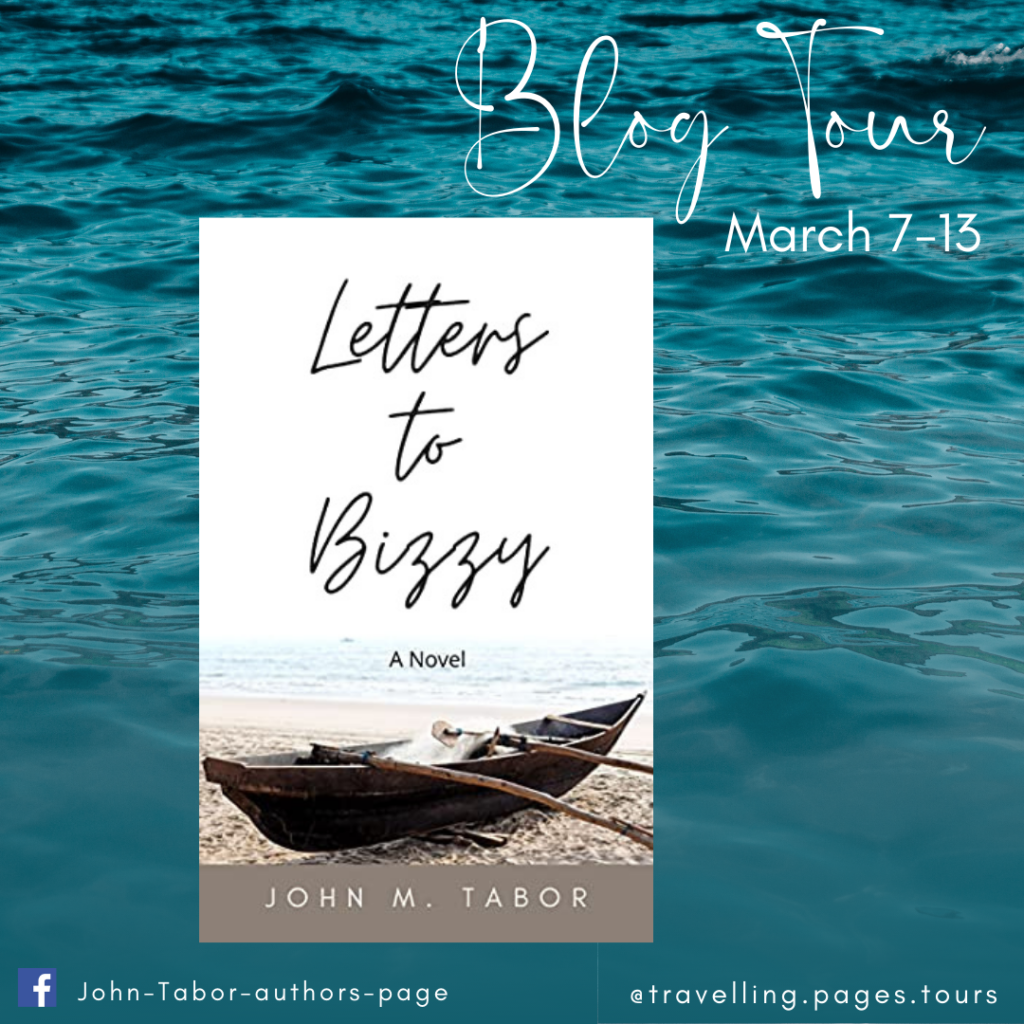 Letters to Bizzy finds a man, John Tibbits, past his prime staring down the barrel of old age, having to come to grips with his mother’s death and regrettable fact his dysfunctional youth has burdened him with a lifetime of unwelcome baggage. As he sorts through his mother’s personal effects he discovers boxes of unopened letters written some 50 years earlier from a man, Robert Guthrie, to his daughter, Bizzy. They tell the story of a life lived on a barrier island off the coast of North Carolina, Bogue Banks. There is nothing sensational in the telling, average by most accounts. However, through the eyes of Robert Guthrie we come to see beauty in the tragic, humor in the absurd, and sensitivity from the susceptible. It is in fact an apologetic to the ordinary lives we live. Those of John Tibbits and Robert Guthrie are inexplicably intertwined; and, it is only until the end, do we learn how. For both it is a journey through their own private battles. 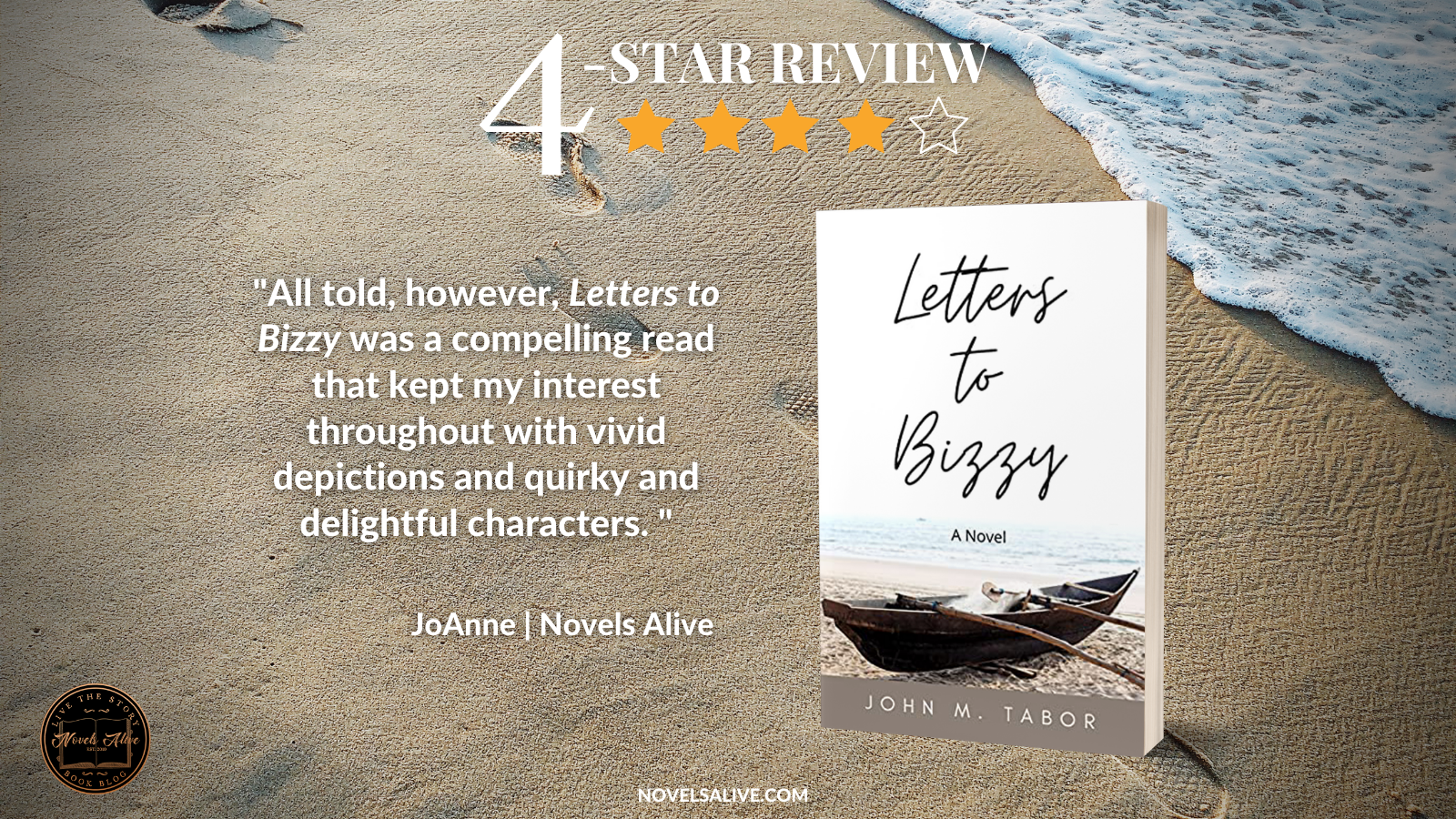 Letters to Bizzy by John M. Tabor was an interesting read and not at all what I was expecting.

When John Tibbits empties his mom’s house in the Baltimore area after she dies, he finds boxes of letters in the attic which had never been opened. He doesn’t recognize the name Guthrie shown in the return address but feels the letters must be important if his mom never threw them away.

We are taken back and forth from the past to the present as John relives some of his own younger years and reads the letters addressed from Robert Guthrie to his daughter, Bizzy. But who exactly is Bizzy?

John is a single man in his sixties whose life seems to plod along. He didn’t have the best childhood, and his parents were distant. He thought he was in love once, and we learn why and how that didn’t pan out. His career plans were to write novels, but that never went anywhere, so he became a literary agent instead so his degrees didn’t go to waste.

John seems bored by most of what he reads as he lives and works in Boston. The letters take him back in time to another era—fifty years ago—and we learn about Robert Guthrie’s life on a small island off the coast of North Carolina called Bogue Banks. We meet a multitude of characters and see how Robert lived his life on the small island that catered to tourists in season.

The story has highs and lows and has a good flow for the most part. We return to John’s life every now and then, but it wasn’t always a smooth transition. I liked getting to know Robert and his friends, which made up the meat of the story through the letters. The descriptions were vivid and made me feel like I was there.

There was a sameness to Robert’s days and friendships, but I kept turning the pages to see what happened next. There were some colorful characters that he was friends with, including the judge, the sheriff, his best friends Thomas and Alice, and a wealthy widow who had many eccentricities. His employer was Mrs. Chisholmm, who owned cottages on the shore, and he was her handyman. Robert didn’t think much of his own intelligence, but he could read people and knew how best to treat them, whether a banker or a tourist.

I liked the titles of each chapter and how some were whimsical. There was a straightforwardness in telling the story, especially since so much of it was in epistolary form. There were emotional tugs throughout, and several times I teared up. There was some closure with the end of the letters, and we find out who Bizzy was and her relationship with John. The story did end abruptly, though only giving a short paragraph to what was going on in John’s life once he finished reading the letters. I was hoping for a little more.

All told, however, Letters to Bizzy was a compelling read that kept my interest throughout with vivid depictions and quirky and delightful characters. 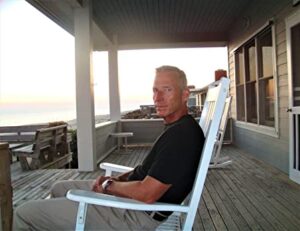 John Tabor worked as an executive in the biopharmaceutical industry for 32 years. Scientifically trained, he earned a B.S. degree in Biology from Elizabethtown College and a Ph.D. in Genetic Engineering from Kansas State University. He completed postdoctoral training at the Roche Institute for Molecular Biology and at MIT. During his career he participated in many technical firsts, including the launch of a new class of biotherapeutics for treatment of immune disorders. Over the course of many years he has authored numerous scientific articles and edited a book on Genetic Engineering in Industrial Pharmacy. Although gratifying, he always found the process of technical writing somewhat unimaginative and promised himself someday this would change. In retirement he has now reinvented himself as a writer, and is free to explore the creative side of authorship. John Tabor’s first non-technical book is “In My Father’s Shadow”, a series of short stories chronicling the life of his father and time they spent together. “My First Five Years at Sea” is his first book of fiction following the adventures of a young man who is shanghaied from the potential of a brilliant career, only to find he was meant to spend his life at sea. His current book “Letters to Bizzy” is a fictional account of a man exploring letters he found in his dead mother’s attic which takes him on a voyage into the past and to an island rich in culture. 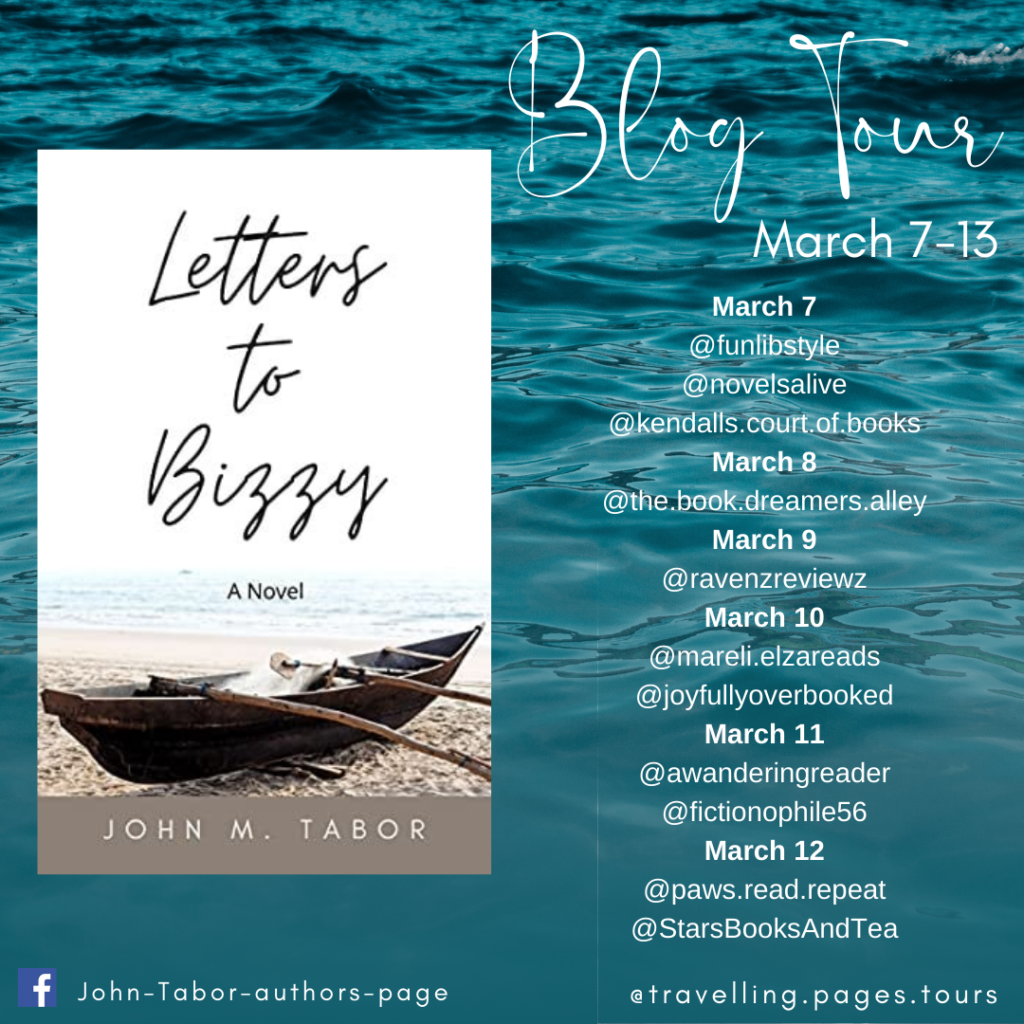 4-STAR REVIEW: LETTERS TO BIZZY by John M. TaborLetters to Bizzy was a compelling read that kept my interest throughout with vivid depictions and quirky and delightful characters.