4-STAR REVIEW: A SCOT IS NOT ENOUGH by Gina Conkle 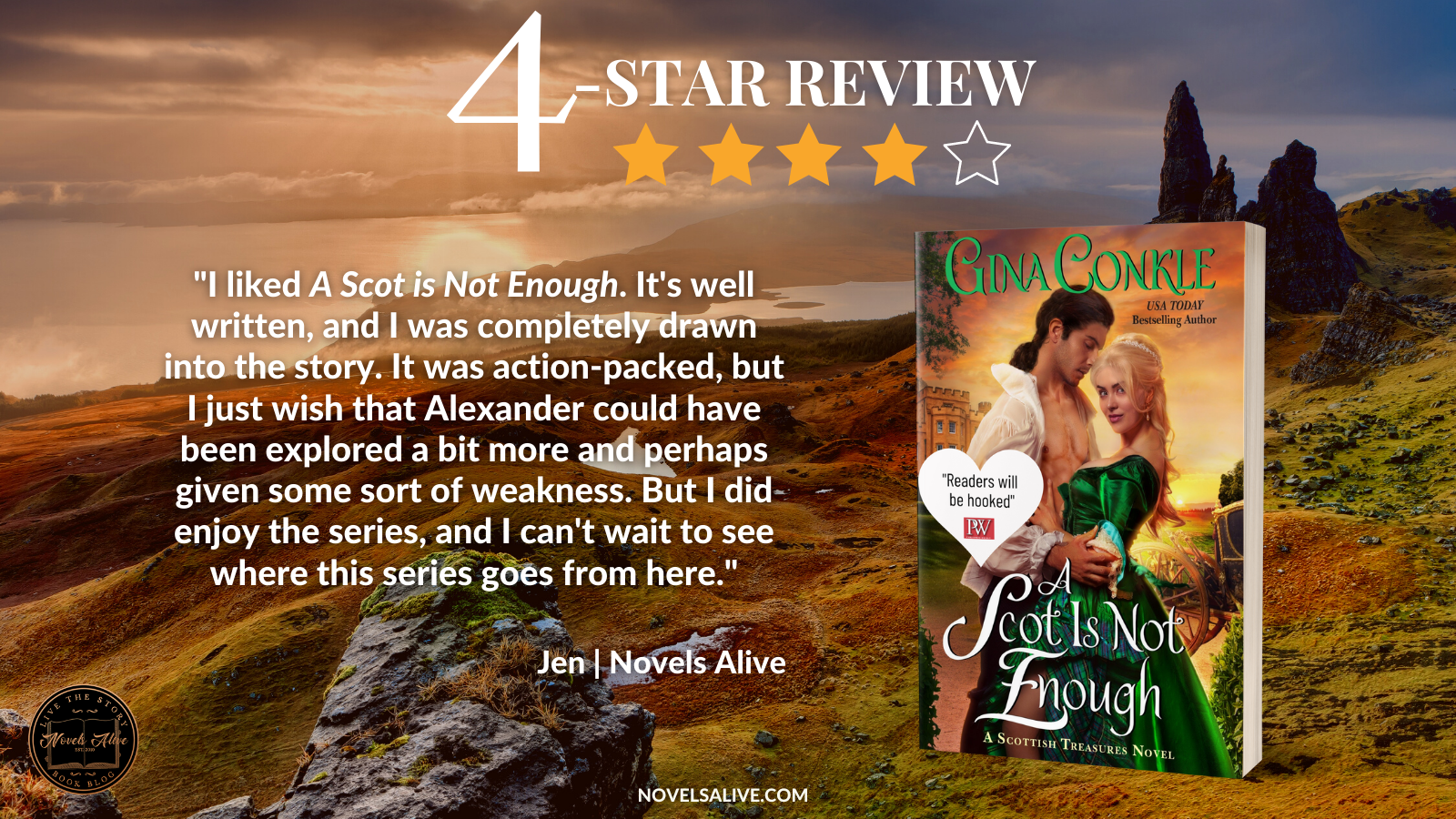 Gina Conkle’s newest stunning romance in her Scottish Treasures series features a fierce Scotswoman eager to break the rules and the man who vows to stop her.

A Gentleman of Virtue

Decent and ambitious, Alexander Sloane is finally a finger’s breadth from achieving the government post he’s worked towards for years. A minor task monitoring Bow Street funds for the Crown is his final hurdle. But he discovers more than he bargains for when his assignment leads him to the most captivating woman in London.

A Woman of Questionable Repute

Cecelia MacDonald has one mission: find and steal the sgian duhb, the ceremonial dagger taken from her clan by British soldiers during the Uprising of 1745. The coy and clever Scotswoman has never had any trouble using men to do her bidding, and she’s enjoying the cat and mouse game she’s playing with the delectable Alexander. But when a mutual enemy proves deadly, she must rely on him for more than flirtation to gain the dagger.

As Alexander and Cecilia become unlikely allies, their desire for each other overwhelms them. When shocking secrets come to light, will Alexander realize loving the wrong woman is the right thing to do?

I recently read The Scot Who Loved Me, the first book in the Scottish Treasures series by Gina Conkle and was drawn into the series plot of the English having stolen some items of importance following the Jacobite rising of 1745. Now about eight years later, a group of women have formed a league to recover these items.

Cecelia MacDonald played a pretty significant secondary role in the first book, and in A Scot is Not Enough, it’s time for her to take the lead. She’s now the head of their league of women and is determined to retrieve a dagger stolen from her clan. But Bow Street has taken notice of her and has tasked Alexander Sloane with following her and uncovering her secrets. Alexander sucks in his role of covertly following her, but he’s captivated by her, and he works at earning her trust and love.

The sparks between Cecelia and Alexander jumped off the page. Ms. Conkle did a wonderful job developing the romance between the two, and goodness, was the slow burn between them so good. I enjoyed the play between the characters from their first flirting until the story’s last page. There was plenty of heat in their relationship.

On the other hand, I felt the character development was a little lacking. I mean, there was growth in both characters. But the growth was definitely stronger in Cecelia than in Alexander. Alexander was just too much of a two-dimensional character—no real flaws other than possibly being a little too work-driven. He was just window dressing for Cecelia’s story. Cecelia was interesting, and I liked how bits of her were revealed as the story unfolded. It just made her more real and made her actions make more sense.

I liked A Scot is Not Enough. It’s well written, and I was completely drawn into the story. It was action-packed, but I just wish that Alexander could have been explored a bit more and perhaps given some sort of weakness. But I did enjoy the series, and I can’t wait to see where this series goes from here. 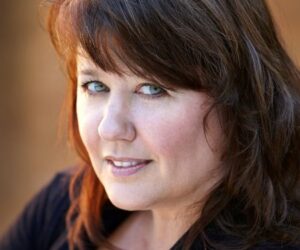 Gina’s fate was sealed when her mom read aloud the poem, The Highwayman—the perfect historical romance hook. But, Gina grew up in California where no dukes or Vikings live. She always did prefer stone castles over sand castles and books over beaches.

Years ago, she fell in love with her favorite hero, Brian, and they eloped to Vegas at midnight. Together, they raised two sons who like history almost as much as their mom.

Nowadays, Gina pens sparkling Georgian romance with a dash of Scots or Viking romance with heat and adventure. When she’s not writing, you can find her wandering a museum or with her nose in a book. Why not try one of hers?

4-STAR REVIEW: A SCOT IS NOT ENOUGH by Gina ConkleI liked A Scot is Not Enough. It's well written, and I was completely drawn into the story. It was action-packed, but I just wish that Alexander could have been explored a bit more and perhaps given some sort of weakness. But I did enjoy the series, and I can't wait to see where this series goes from here.