Previous article5-STAR REVIEW: MURDER IN THE COMMUNITY GARDEN by Judith Gonda
Next articleBOOK BLAST: THE SWEETHEART LOCKET by Jen Gilroy Plus Giveaway! 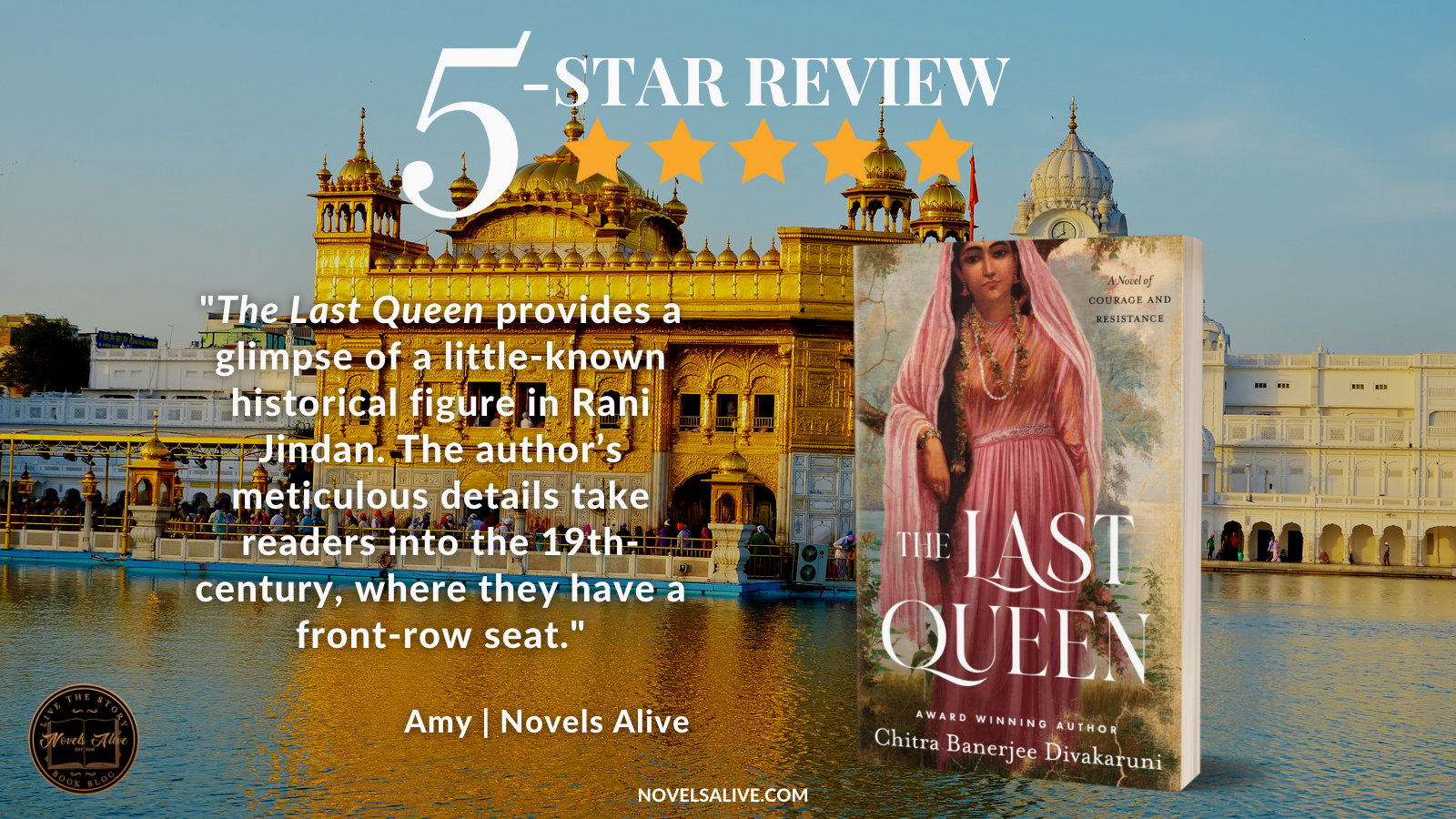 WINNER of the 2022 INTERNATIONAL ASSOCIATION OF WORKING WOMEN AWARD for BEST FICTION OF THE YEAR!

She rose from commoner to become the last reigning queen of India’s Sikh Empire. In this dazzling novel, based on true-life events, bestselling author Chitra Banerjee Divakaruni presents the unforgettable story of Jindan, who transformed herself from daughter of the royal kennel keeper to powerful monarch.

Sharp-eyed, stubborn, and passionate, Jindan was known for her beauty. When she caught the eye of Maharaja Ranjit Singh, she was elevated to royalty, becoming his youngest and last queen—and his favorite. And when her son, barely six years old, unexpectedly inherited the throne, Jindan assumed the regency. She transformed herself from pampered wife to warrior ruler, determined to protect her people and her son’s birthright from the encroaching British Empire.

Defying tradition, she stepped out of the zenana, cast aside the veil, and conducted state business in public, inspiring her subjects in two wars. Her power and influence were so formidable that the British, fearing an uprising, robbed the rebel queen of everything she had, but nothing crushed her indomitable will.

An exquisite love story of a king and a commoner, a cautionary tale about loyalty and betrayal, a powerful parable of the indestructible bond between mother and child, and an inspiration for our times, Chitra Banerjee Divakaruni’s novel brings alive one of the most fearless women of the nineteenth century, one whose story cries out to be told.

As the second daughter of the royal dog trainer, Jindan Kaur is plucked from her village home, where she too often goes hungry and taken by her father into Lahore, where she meets Maharaja Ranjit Singh, the Sikh ruler.

Her story as his youngest wife and the last queen of Punjab is told in The Last Queen by Chitra Banerjee Divakaruni. This epic tale is beautifully written and well researched. A helpful guide to the main characters appears at the beginning of the story.

Intrigue and drama would accurately describe the events included in the story. While the Maharaja has successfully held the British at bay, his potential successors lack his time-honed skills. It is interesting to see how Jindan adjusts to being the youngest wife, especially since it is clear that she is despised by the chief queen.

The bulk of the story takes place in the aftermath of Ranjit Singh’s death and the bloody struggle for power. Through multiple internal battles, it is Jindan’s son, Dalip, who is ultimately named Maharaja, with Jindan as the queen regent.

As an intelligent woman, Jindan pushes back against the idea that women must be hidden. She’s ahead of her time in this sense, but Punjab is riddled with treachery. Jindan’s story details the lengths a mother will go to in order to ensure her son’s future.

The Last Queen provides a glimpse of a little-known historical figure in Rani Jindan. The author’s meticulous details take readers into the 19th-century, where they have a front-row seat. 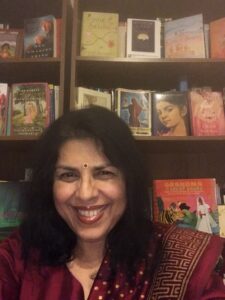 Chitra Banerjee Divakaruni is an award-winning author and poet. Her themes include the Indian experience, contemporary America, women, immigration, history, myth, and the joys and challenges of living in a multicultural world. Her work is widely known, as she has been published in over 50 magazines, including the Atlantic Monthly and The New Yorker, and her writing has been included in over 50 anthologies. Her works have been translated into 29 languages, including Dutch, Hebrew, Hindi and Japanese. Divakaruni also writes for children and young adults. Her novels One Amazing Thing, Oleander Girl, Sister of My Heart and Palace of Illusions are currently in the process of being made into movies. http://www.chitradivakaruni.com/books…. Her newest novel is Before We Visit the Goddess (about 3 generations of women– grandmother, mother and daughter– who each examine the question “what does it mean to be a successful woman.”) Simon & Schuster.

She was born in India and lived there until 1976, at which point she left Calcutta and came to the United States. She continued her education in the field of English by receiving a Master’s degree from Wright State University in Dayton, Ohio, and a Ph.D. from the University of California, Berkeley.

To earn money for her education, she held many odd jobs, including babysitting, selling merchandise in an Indian boutique, slicing bread in a bakery, and washing instruments in a science lab. At Berkeley, she lived in the International House and worked in the dining hall. She briefly lived in Illinois and Ohio, but has spent much of her life in Northern California, which she often writes about. She now lives in Texas, which has found its way into her upcoming book, Before We Visit the Goddess.

Chitra currently teaches in the nationally ranked Creative Writing program at the Univ. of Houston. She serves on the Advisory board of Maitri in the San Francisco Bay Area and Daya in Houston. Both these are organizations that help South Asian or South Asian American women who find themselves in abusive or domestic violence situations. She is also closely involved with Pratham, an organization that helps educate children (especially those living in urban slums) in India.

She has judged several prestigious awards, such as the National Book Award and the PEN Faulkner Award.

Two of her books, The Mistress of Spices and Sister of My Heart, have been made into movies by filmmakers Gurinder Chadha and Paul Berges (an English film) and Suhasini Mani Ratnam (a Tamil TV serial) respectively. Her novels One Amazing Thing and Palace of Illusions have currently been optioned for movies. Her book Arranged Marriage has been made into a play and performed in the U.S. and (upcoming, May) in Canada. River of Light, an opera about an Indian woman in a bi-cultural marriage, for which she wrote the libretto, has been performed in Texas and California.

She lives in Houston with her husband Murthy. She has two sons, Anand and Abhay (whose names she has used in her children’s novels).

Chitra loves to connect with readers on her Facebook author page, www.facebook.com/chitradivakaruni, and on Twitter, @cdivakaruni.
For more information about her books, please visit http://www.chitradivakaruni.com/, where you can also sign up for her newsletter.

The Last Queen provides a glimpse of a little-known historical figure in Rani Jindan. The author’s meticulous details take readers into the 19th-century, where they have a front-row seat.Amy Wilson5-STAR REVIEW: THE LAST QUEEN By Chitra Banerjee Divakaruni