Jacqueline Oliver is an indie perfumer, trying to bury her ravaged childhood by shoveling ground under her own feet. Then she gets a call she dreads—the hippie grandmother she bitterly resents was apprehended when police busted a charlatan shaman’s sweat lodge. Others scattered, but Nellie was slowed by her walker, and the fact that she was wearing nothing but a few Mardi-Gras beads. Jacqueline is her only kin, so, like it or not, she’s responsible. Despite being late developing next year’s scent, Jacqueline drops everything to travel to Arizona and pick up her free-range grandma. But the Universe conspires to set them on a Route 66 road trip together. What Jacqueline discovers out there could not only heal the scars of her childhood but open her to a brighter future. 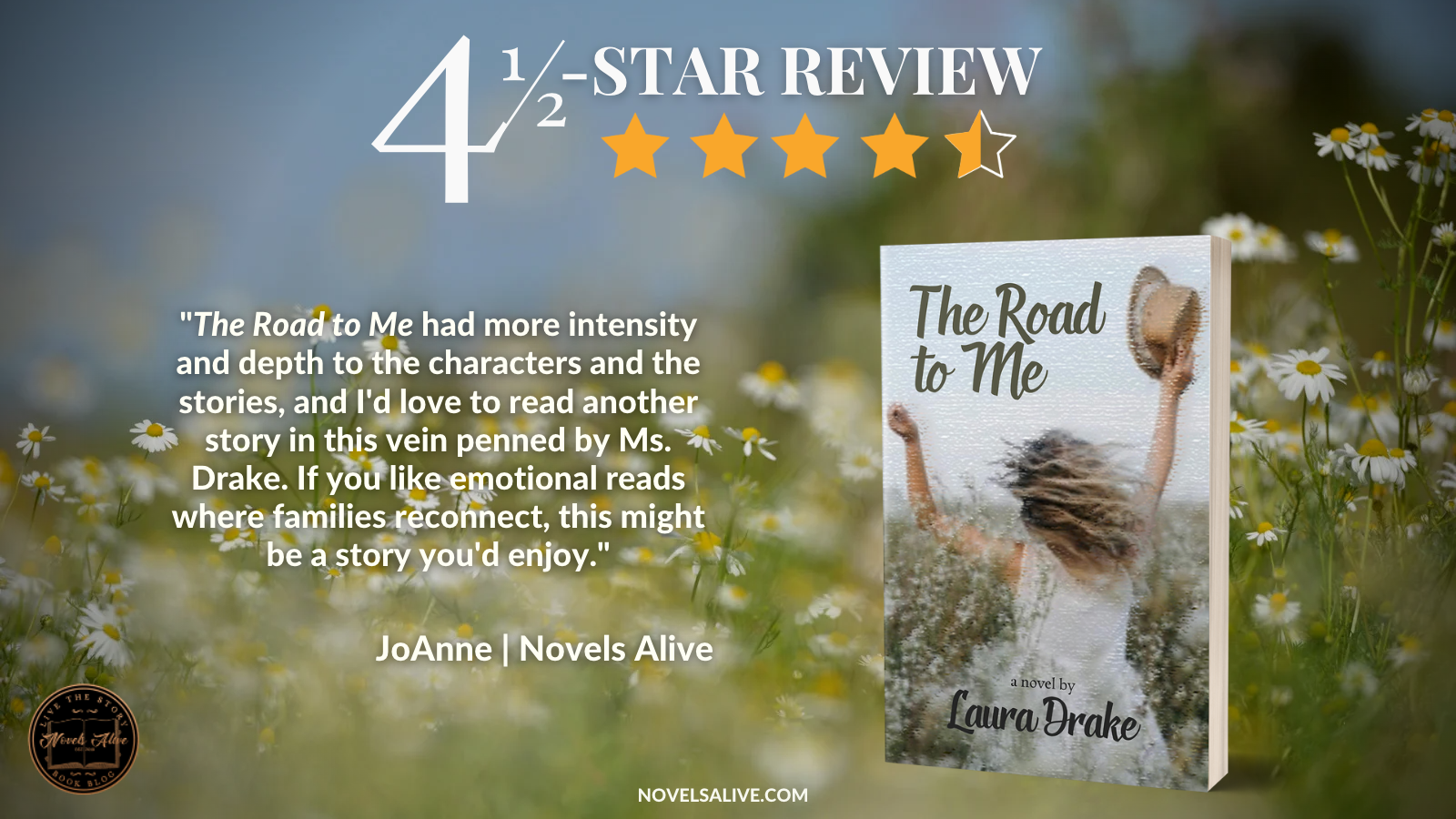 The Road to Me by Laura Drake grabbed me from the first page and didn’t let go until the last. There was depth both to the story and the characters.

When Jacqueline, aka Jack to her G’ma, has to fly from Seattle to Arizona to bail her eighty-four-year-old hippie grandmother out of jail, life doesn’t go as either expects. The two never see each other since Jack feels her grandmother bailed on her as a young child when she needed her most.

Jack’s mother was an alcoholic, so Jack took on the role of parent at a young age. Not an easy way to grow up, and she has a lot of resentment. They are each other’s only living relatives, so that has to count for something, or does it?

As Jack and G’ma reconnect and let their guard down, they get to know each other better, even if it is just a little at a time. They take a road trip on Route 66 on their way to Vegas, where Jack has a presentation to make for her small business before dropping G’ma back home. G’ma gets to relive some of her memories, Jack gets to loosen up, and Jack realizes why her grandmother acts the way she does.

The book had some serious topics and undertones as well as a few lighter ones. Through it all, we get to know the characters as they get to know each other.

As they begin to share memories and feelings and reconnect over plants since Jack owns her own perfume business, the story took off for me. There were vivid descriptions of the towns, the desert, Vegas, the plants, and where they were found. There were twists and turns in telling the tale and a myriad of emotions. Many threads are woven together, and we get to see Jack relax, rethink some of her life choices and reconnect through phone calls with her boyfriend, whom she had just broken up with.

Jack needs to learn to trust but to trust the right people. There was closure and a happily ever after for Jack, especially with the afterword that took place three months and eight months after the story ends.

Ms. Drake is an author whose contemporary romances I’ve read before. The Road to Me had more intensity and depth to the characters and the stories, and I’d love to read another story in this vein penned by Ms. Drake. If you like emotional reads where families reconnect, this might be a story you’d enjoy. 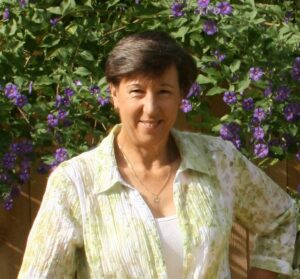 Laura Drake’s first novel, The Sweet Spot, was a double-finalist and then won the 2014 Romance Writers of America® RITA® award. She’s since published 11 more novels. She is a founding member of Women’s Fiction Writers Assn, Writers in the Storm blog, as well as a member of Western Writers of America and Women Writing the West.

Laura is a city girl who never grew out of her tomboy ways or serious cowboy crush. She gave up a corporate CFO gig to write full-time. She realized a lifelong dream of becoming a Texan and is currently working on her accent. She’s a wife, grandmother, and motorcycle chick in the remaining waking hours.

4.5-STAR REVIEW: THE ROAD TO ME by Laura DrakeThe Road to Me had more intensity and depth to the characters and the stories, and I'd love to read another story in this vein penned by Ms. Drake. If you like emotional reads where families reconnect, this might be a story you'd enjoy.