GUEST BLOG: Suspense vs. Surprise by Bryan Johnston Plus Giveaway!

Previous articleGUEST BLOG: What I Have Learned About Myself Through My Main Character Bianca St. Denis by Tina deBellegarde Plus Giveaway!
Next articleSPOTLIGHT: ﻿THE UNVEILING OF POLLY FORREST By Charlotte Whitney Plus Giveaway! 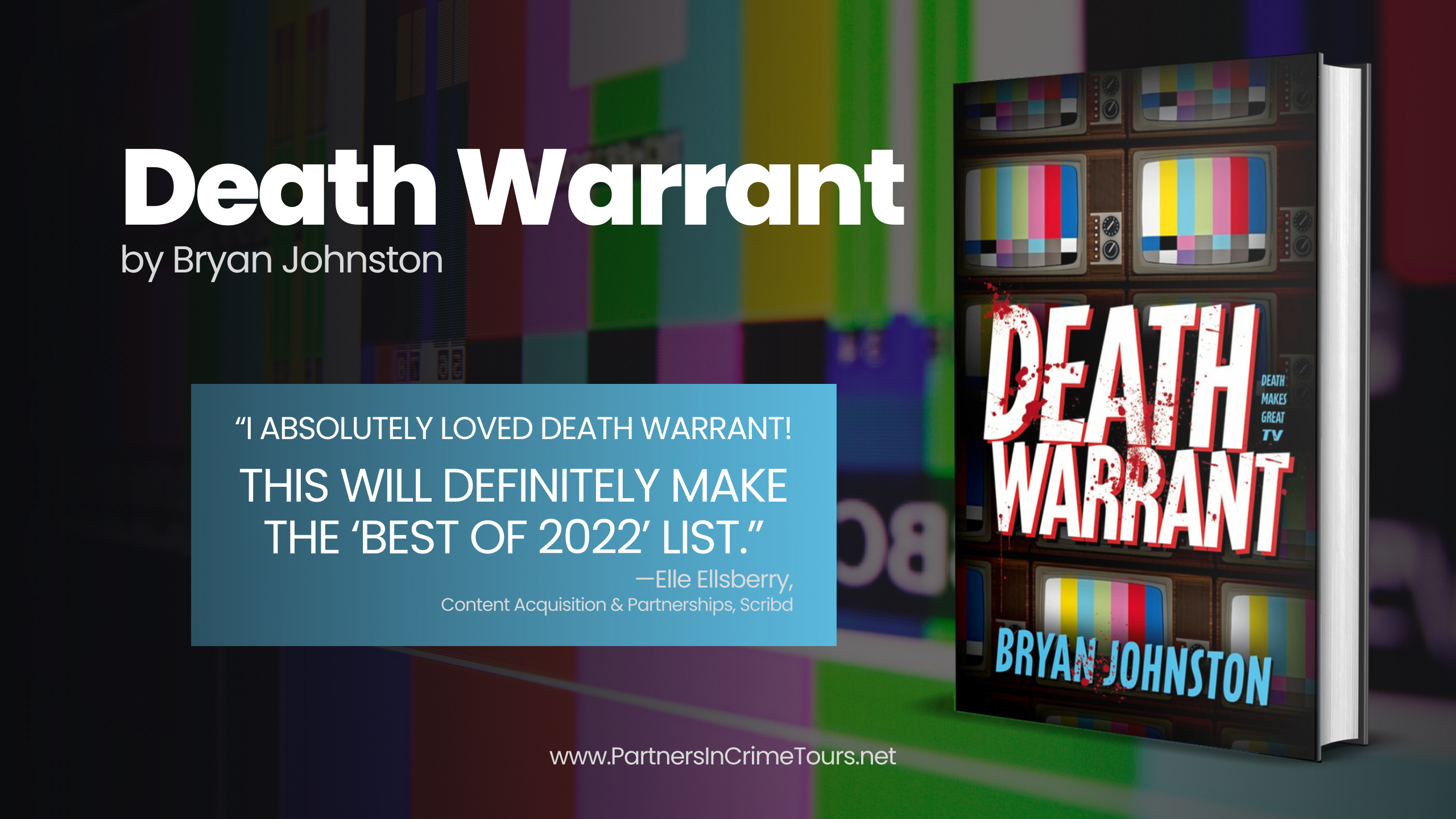 I’ve been asked who my influences are for my writing. Recently, this question is associated with my new novel, Death Warrant, a slightly dystopian (but funny) thriller. Probably my greatest influence is not from another author but a filmmaker—Alfred Hitchcock. I can think of worse people to emulate.

There’s a reason Hitchcock is called the master of suspense. The man knew how to ratchet up the tension. In the hands of lesser directors, suspense is too often supplanted with surprise. Jump scares. Which are cheap and easy. Suspense, however . . .

Hitchcock beautifully described the difference between surprise and suspense.

That’s suspense. You give your reader more information than the characters. Information that’s going to make them sweat.

Surprise isn’t a bad thing. You want your readers to be surprised by events. It’s like little firecrackers going off every now and then. Little unexpected jolts are fun! And there are many ways to surprise your reader. You can introduce a new character, kill another one off, unearth a secret. It’s these twists that spice up the reading experience and keep your reader turning the pages.

A good thriller will always have both suspense and surprise, and they can work beautifully together. There’s nothing quite so wonderful as building to an expected climax only to see the action take a left-hand turn that you didn’t see coming. Thus, the term Pleasant Surprise.

You’ve got two great writing tools in your toolbox. Half the fun is figuring out how to put them to use. So, how will you? The suspense is killing me. No surprise there. 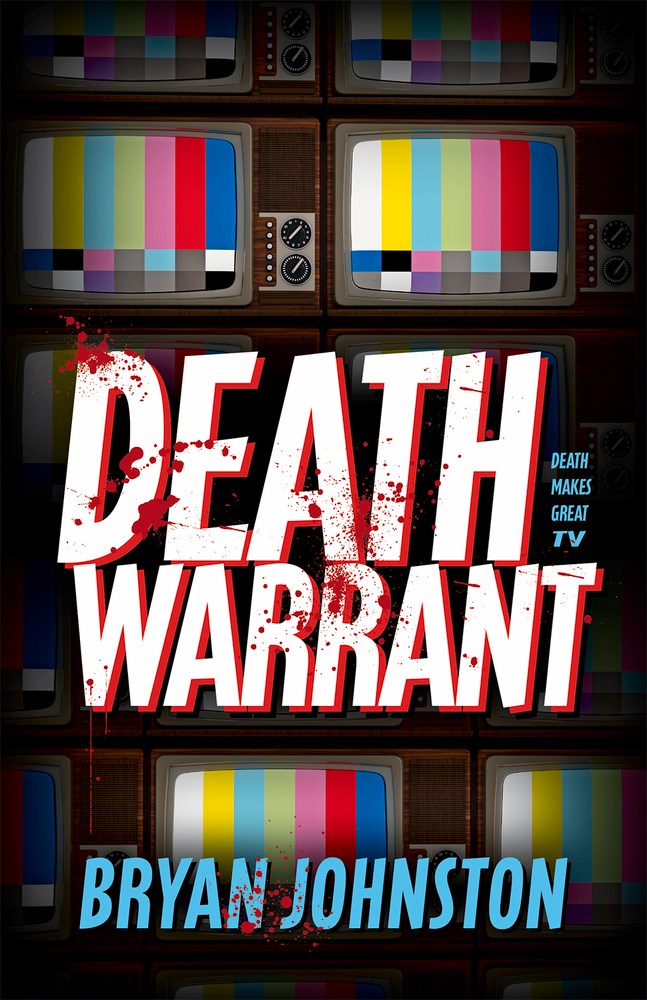 Frankie Percival is cashing in her chips. To save her brother from financial ruin, Frankie―a single stage performer and mentalist who never made it big―agrees to be assassinated on the most popular television show on the planet: Death Warrant. Once she signs her life away, her memory is wiped clean of the agreement, leaving her with no idea she will soon be killed spectacularly for global entertainment.

After years of working in low-rent theaters, Frankie prepares for the biggest performance of her life as her Death Warrant assassin closes in on her. Every person she encounters could be her killer. Every day could be her last.

She could be a star, if only she lives that long. 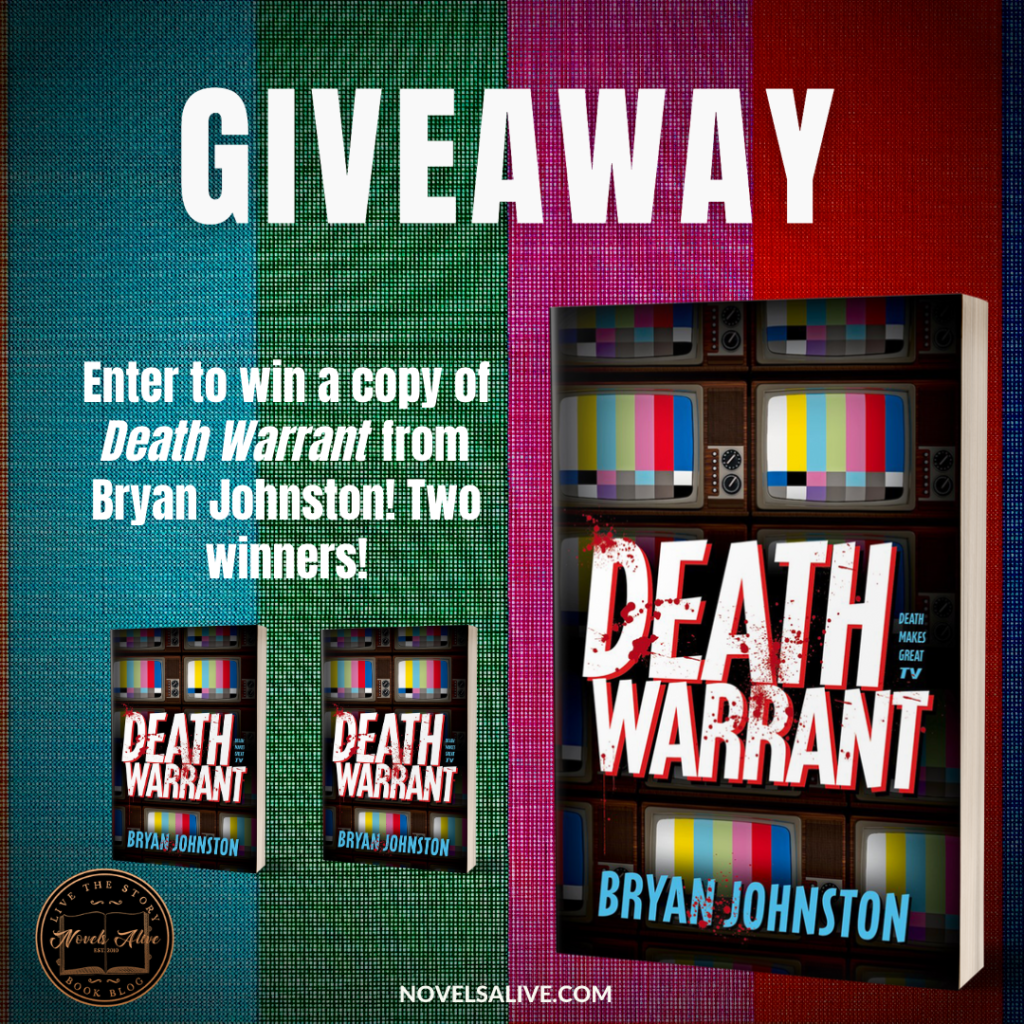 This is a giveaway hosted by Partners in Crime Tours for Death Warrant by Bryan Johnston. See the widget for entry terms and conditions. Void where prohibited.

Bryan Johnston takes tremendous pride in being an eleven-time Emmy award-winning writer and producer during his 25 years in local network television. Following his career in broadcast, he became the Creative Director for a Seattle-based creative agency, developing concepts and writing scripts for companies like Microsoft, Starbucks, T-Mobile, and Amazon. He has authored several books and written for numerous magazines and websites. Bryan lives in the Seattle, Washington area with his wife, two kids, and one large Goldendoodle. He is a devout movie lover, sports fan, and avid reader. His one great hope is for the Seattle Mariners to make it to the World Series before he dies. He’s not holding his breath.