SPOTLIGHT: When We Return by Eliana Tobias Plus Giveaway!

Who should be held responsible for public wrong? By 2008, it finally seems that the Peruvian government is ready to make amends to its citizens after the violent guerilla movement of the last three decades.

Otilia and Salvador, a mother and son torn apart during the conflict and separated for twenty years, are eager to have their pain and suffering acknowledged. But they hit a roadblock when the government denies responsibility in their legal case.

Things begin to look up however when Otilia meets Jerry, a kind man and the son of Jewish parents who escaped the Holocaust. Grappling with his own upbringing and the psychological struggled his parents endured, Jerry is just the person to empathize with Otilia’s feelings. Together, Otilia, Jerry and Salvador must support one another through the turbulent journey that is healing from historical trauma. And through it, find the courage to rebuild their lives and open themselves to love and companionship.

Artfully weaving together different timelines and countries, this novel examines the nuanced topic of grief a community endures after a collective tragedy. In this exploration of the culture of remembrance following displacement and loss, we discover what happens when out past calls us back to what we must do to achieve justice and reconciliation when we return. 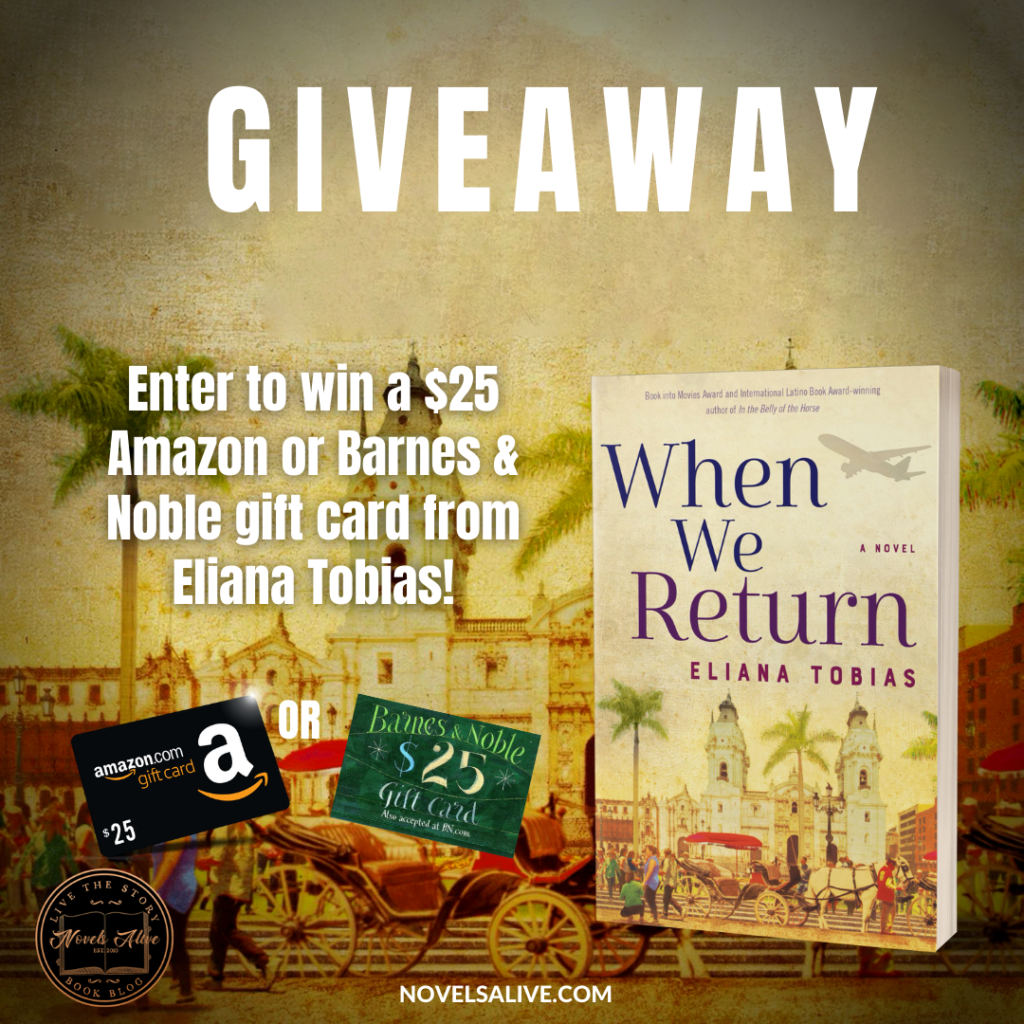 Eliana Tobias will be awarding a $25 Amazon or Barnes & Noble Gift Card to a randomly drawn winner via Rafflecopter during the tour. 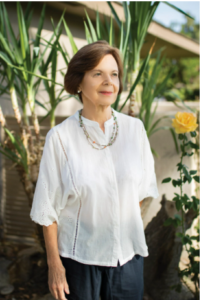 Eliana Tobias was born in Santiago, Chile, to immigrant parents who escaped the Holocaust. She graduated from the University of Chile then completed other degrees in early childhood and special education in the United States and
Canada. After working in this field in various capacities, including teaching at the National University of Trujillo in Peru, she moved to Vancouver, where she has lived for thirty years and where she discovered her love of writing. Her rich
experience of political turmoil, of listening to stories of the Holocaust when Jewish communities in Europe were shattered, of losing family in Chile under military dictatorship, and living in Peru during a time of intense civil conflict, fueled her passion to write about the ways in which people caught in devastation
rebuild their lives. Eliana Tobias lives in Vancouver, B.C.