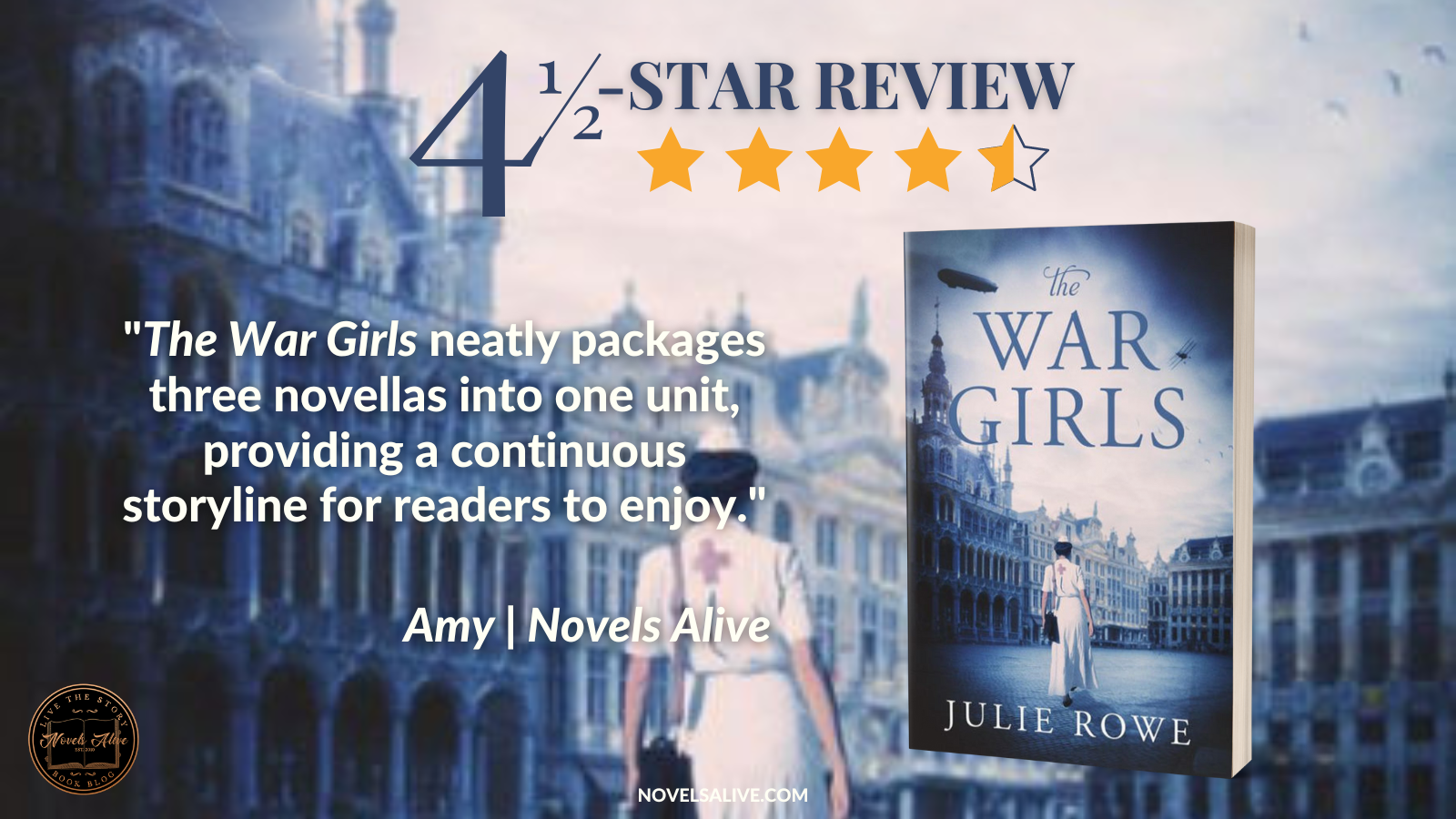 During the Great War, in a German-occupied Red Cross hospital in Brussels, Belgium, there are three British nurses who will risk everything to save the lives of those in their care.

These are the stories of The War Girls.

Enticing the Spymaster – Judith Goddard is hiding in plain sight. A dual citizen with family ties to Belgian royalty and the British military, she works as a Red Cross nurse in a German hospital, learning what she can, ever fearful her true allegiance will be discovered.

Aiding the Enemy – Rose Culver is in grave danger. For months the Red Cross hospital head nurse has been aiding Allied soldiers caught behind enemy lines, helping them flee into neutral Netherlands. It’s only a matter of time until she’s caught.

Three Red Cross nurses stationed in Belgium perform their duties regardless of the uniforms worn by the patients. However, each woman is faced with a life-changing decision in The War Girls, a compilation of three stories by author Julie Rowe.

Drawing upon the events of World War I to set the framework for the stories to unfold, the author delivers three couples with unique storylines. “Saving the Rifleman” features an interesting match-up between two characters from different social classes. Maria must decide if she is willing to sacrifice her freedom to get the injured man to safety. “Enticing the Spymaster” delivers a second chance at love for a couple who risks it all to deliver vital information to the British. The third installment, “Aiding the Enemy,” gives the head nurse an opportunity for her own story in a battle between love and duty.

While all three selections provide rich characters tangled up in challenging circumstances, “Aiding the Enemy” seemed to stand out a bit more. Perhaps it is because I already had an opportunity to get to know Rose from the earlier installments. But I was quite interested in reading a story where she could step forward as a main character.

The stories all feature heated moments between the characters, particularly Jude and Michael, in “Enticing the Spymaster.” Even with danger looming, romance has a way of sneaking in.

The War Girls neatly packages three novellas into one unit, providing a continuous storyline for readers to enjoy. 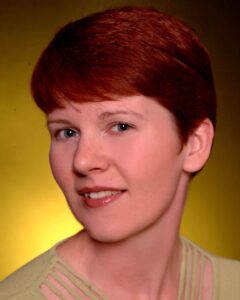 Julie Rowe’s first career as a medical lab technologist in Canada took her to the North West Territories and northern Alberta, where she still resides. She loves to include medical details in her romance novels, but admits she’ll never be able to write about all her medical experiences because, “No one would believe them!” A double Golden Heart finalist 2006, Julie’s writing has appeared in several magazines such as Today’s Parent, Reader’s Digest (Canada), and Canadian Living. She currently facilitates communication workshops for her local city college.

The War Girls neatly packages three novellas into one unit, providing a continuous storyline for readers to enjoy.4.5-STAR REVIEW: THE WAR GIRLS by Julie Rowe