Previous article
5-STAR REVIEW: THERE ARE NO SMALL PARTS By John DiLeo
Next article
SPOTLIGHT: TRUE CRIME STORIES YOU WON’T BELIEVE By Romeo Vitelli Plus Giveaway! 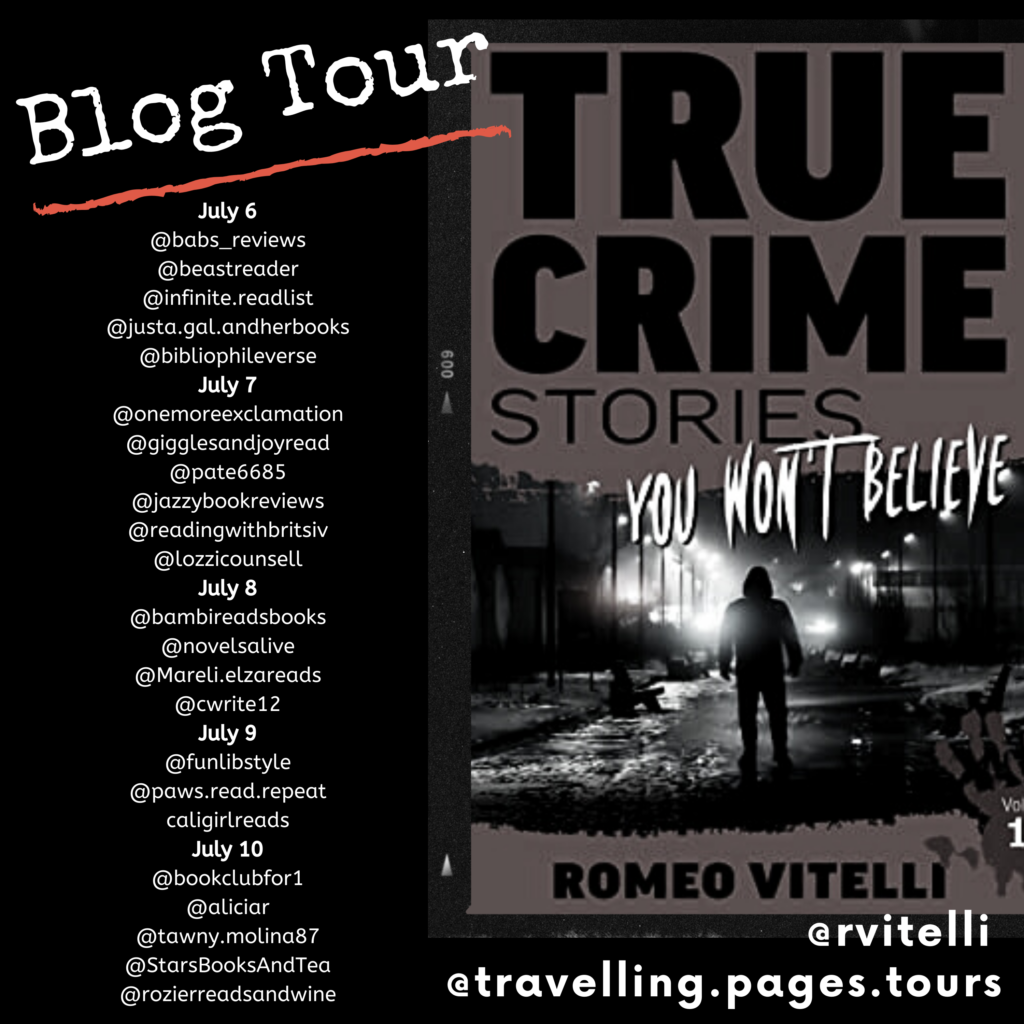 Here is a collection of true crime stories from different countries and time periods that defy simple description. They include:

These stories, and more, are all featured here making this book a must for any connoisseur of true crime and bizarre justice. 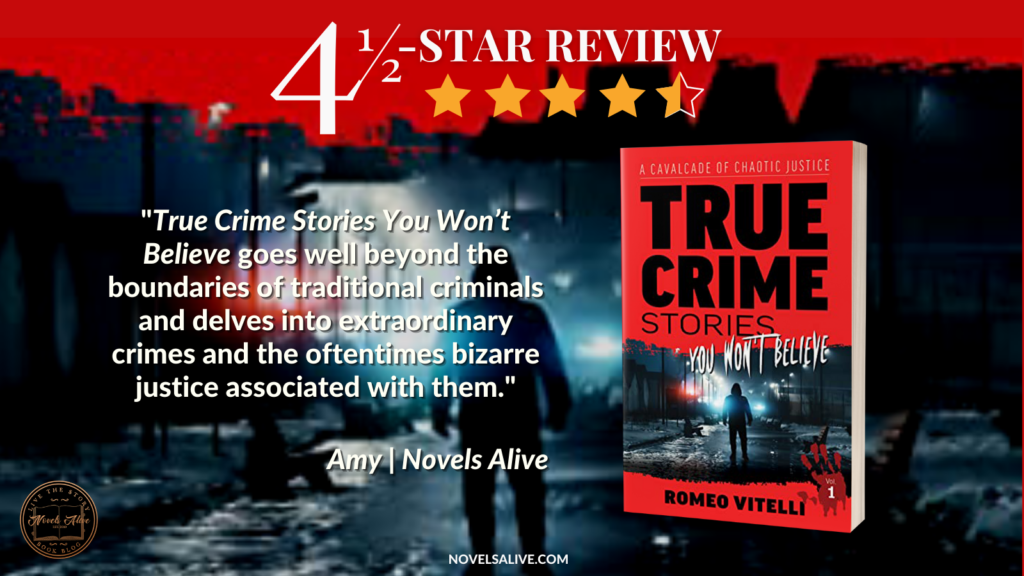 History is full of grisly tales associated with Ted Bundy and Jeffrey Dahmer. However, there are other crime stories from around the world spanning various time periods that are equally as horrifying. Author Romeo Vitelli has compiled 32 bizarre criminal cases in True Crime Stories You Won’t Believe Vol. 1.

Each story within the compilation provides historical context and features content pulled from newspaper accounts and court records. From a bizarre sex scandal in Japan featuring a woman who severed her lover’s genitals to a San Diego school shooting in 1979 perpetrated by a female shooter firing from her home next to the school, these stories may seem bizarre, but they are all true.

The author allows each story to stand on its own merit without skewing the facts. The length of each story depends on the complexity and amount of details surrounding the crime. As a result, readers can easily digest a story at a time. Additional resources are provided if a particular crime merits further reading.

The author plans to release additional volumes in the series based on the stories he has collected on his true crime blog. These stories have often fallen into obscurity, whether it is a matter of time or criminals with more depraved actions capturing the limelight.

True Crime Stories You Won’t Believe goes well beyond the boundaries of traditional criminals and delves into extraordinary crimes and the oftentimes bizarre justice associated with them. 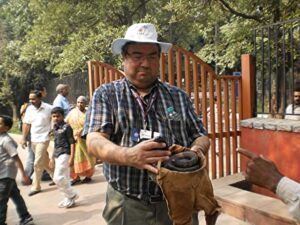 I received my doctorate in Psychology from York University in Toronto, Ontario in 1987, I spent fifteen years as a staff psychologist in Millbrook Correctional Centre, a maximum-security prison run by the Ontario government. In 2003, I successfully escaped prison and went into full-time private practice.

I am a disaster management volunteer with the Red Cross. I am also an active participant in Earthwatch.

Mostly, I’m still trying to decide what I want to be when I grow up.