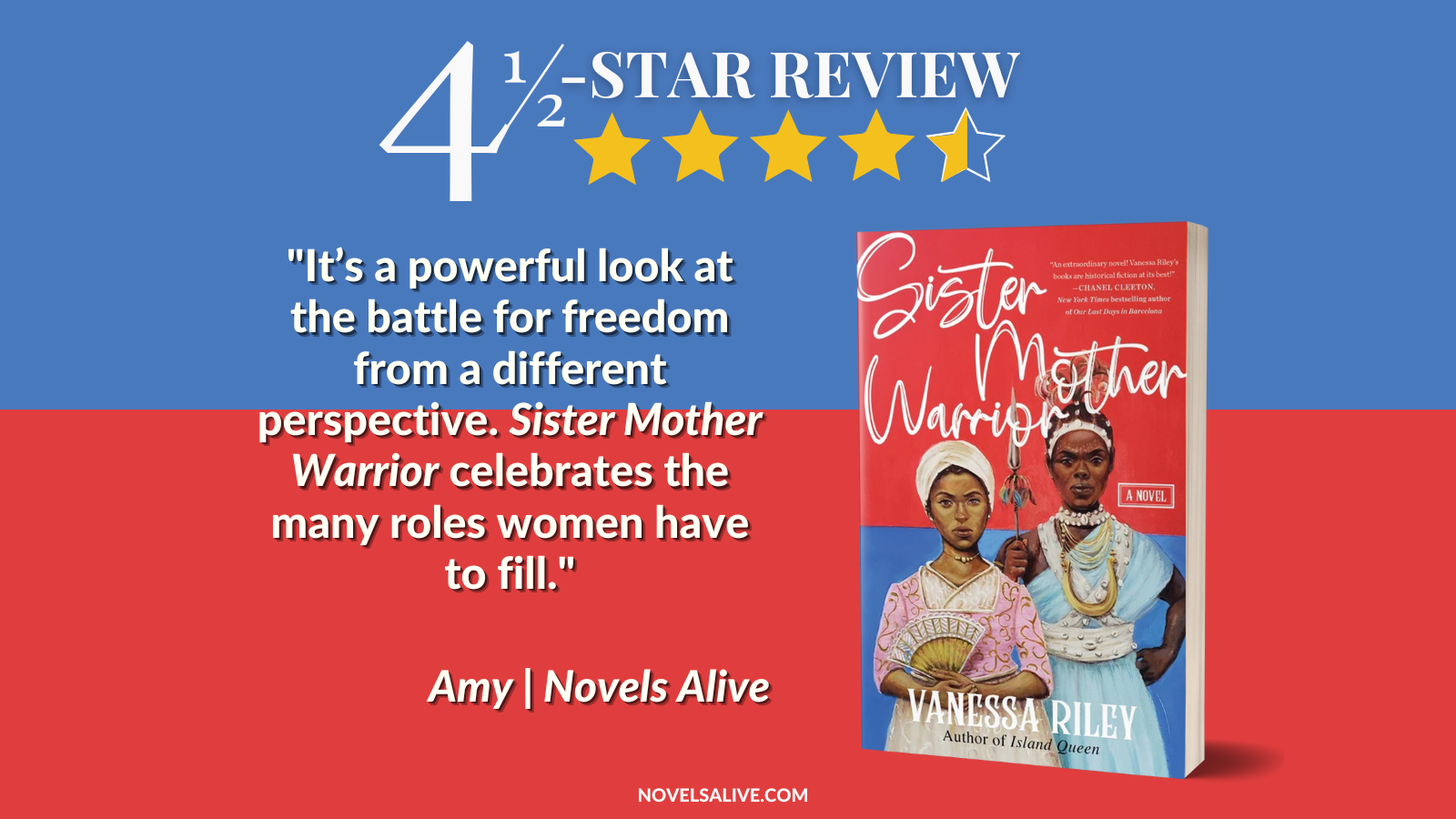 Acclaimed author of Island Queen Vanessa Riley brings readers a vivid, sweeping novel of the Haitian Revolution based on the true-life stories of two extraordinary women: the first Empress of Haiti, Marie-Claire Bonheur, and Gran Toya, a West African-born warrior who helped lead the rebellion that drove out the French and freed the enslaved people of Haiti.

Gran Toya: Born in West Africa, Abdaraya Toya was one of the legendary minos—women called “Dahomeyan Amazons” by the Europeans—who were specially chosen female warriors consecrated to the King of Dahomey. Betrayed by an enemy, kidnapped, and sold into slavery, Toya wound up in the French colony of Saint Domingue, where she became a force to be reckoned with on its sugar plantations: a healer and an authority figure among the enslaved. Among the motherless children she helped raise was a man who would become the revolutionary Jean-Jacques Dessalines. When the enslaved people rose up, Toya, ever the warrior, was at the forefront of the rebellion that changed the course of history.

Marie-Claire: A free woman of color, Marie-Claire Bonheur was raised in an air of privilege and security because of her wealthy white grandfather. With a passion for charitable work, she grew up looking for ways to help those oppressed by a society steeped in racial and economic injustices. Falling in love with Jean-Jacques Dessalines, an enslaved man, was never the plan, yet their paths continued to cross and intertwine, and despite a marriage of convenience to a Frenchman, she and Dessalines had several children.

When war breaks out on Saint Domingue, pitting the French, Spanish, and enslaved people against one another in turn, Marie-Claire and Toya finally meet, and despite their deep differences, they both play pivotal roles in the revolution that will eventually lead to full independence for Haiti and its people.

Both an emotionally palpable love story and a detail-rich historical novel, Sister Mother Warrior tells the often-overlooked history of the most successful Black uprising in history. Riley celebrates the tremendous courage and resilience of the revolutionaries, and the formidable strength and intelligence of Toya, Marie-Claire, and the countless other women who fought for freedom.

Historical accounts surrounding the Haitian Revolution are filled with names of the men who contributed to the fight for independence. However, author Vanessa Riley tells the story of two women who played pivotal roles in Sister Mother Warrior.

Adbara begins her life in a West African village where she is captured and trained as a fierce warrior re-named Adbaraya Toya. In a cruel twist of fate, she and one of her fellow warriors are sold to slavers. In what was then known as Saint-Domingue, she becomes a healer named Toya.

She takes on the role of caring for her late friend’s son, Jean-Jacques, who eventually becomes a leading figure in the revolution. The author successfully conveys the struggle for racial equality in an area where the shade of skin color determined a person’s status. Toya is the epitome of a fierce warrior, even off the battlefield.

Meanwhile, a second storyline focuses on Marie-Claire Bonheur, who is considered a free woman. With a mixed skin color thanks to a white grandfather, Marie-Claire has a passion for helping others. She and Toya become connected through Jean-Jacques.

Both women serve as trailblazers amid a culture fraught with inequality. It’s a powerful look at the battle for freedom from a different perspective. Sister Mother Warrior celebrates the many roles women have to fill.

Vanessa Riley writes Historical Fiction and Historical Romance (Georgian, Regency, & Victorian) featuring hidden histories, dazzling multi-culture communities, and strong sisterhoods. She promises to pull heart strings, offer a few laughs, and share tidbits of tantalizing history. This Southern, Irish, Trini (West Indies) girl holds a doctorate in mechanical engineering and a MS in industrial engineering and engineering management from Stanford University. She also earned a BS and MS in mechanical engineering from Penn State University. Yet, her love of history and lattes have overwhelmed her passion for math, leading to the publication of over 20+ titles. She loves writing on her southern porch with proper caffeine.

Both women serve as trailblazers amid a culture fraught with inequality. It’s a powerful look at the battle for freedom from a different perspective. Sister Mother Warrior celebrates the many roles women have to fill.4.5-STAR REVIEW: SISTER MOTHER WARRIOR by Vanessa Riley