Previous articleSPOTLIGHT: WHAT NOT TO WEAR TO A GRAVEYARD by Debra Sennefelder
Next articleGUEST BLOG: 10 Secret Habits of Writers, Or Maybe Just Me by Patricia Leavy Plus Giveaway!

For Lachlan Smith, learning the secret of the apocalypse was the easy part.

Ever since Locksmith found the portal to the future, he has been wondering who or what was responsible for the empty, uninhabited world he found.

Now he knows—and now he has to fight them.

He thought he had fifteen years in which to prevent the extinction of the human species.

Now, he has only hours.

When the portal is stolen by a cabal of dangerous fanatics, his mother and many of his friends are trapped on the other side. Now the enemy is after him, and the only way to thwart their genocidal plan is to retake the portal and hold it—at both ends.

With very little time left, a handful of allies who don’t trust each other, almost no chance of success and the survival of humanity itself at stake… Locksmith is going to war. 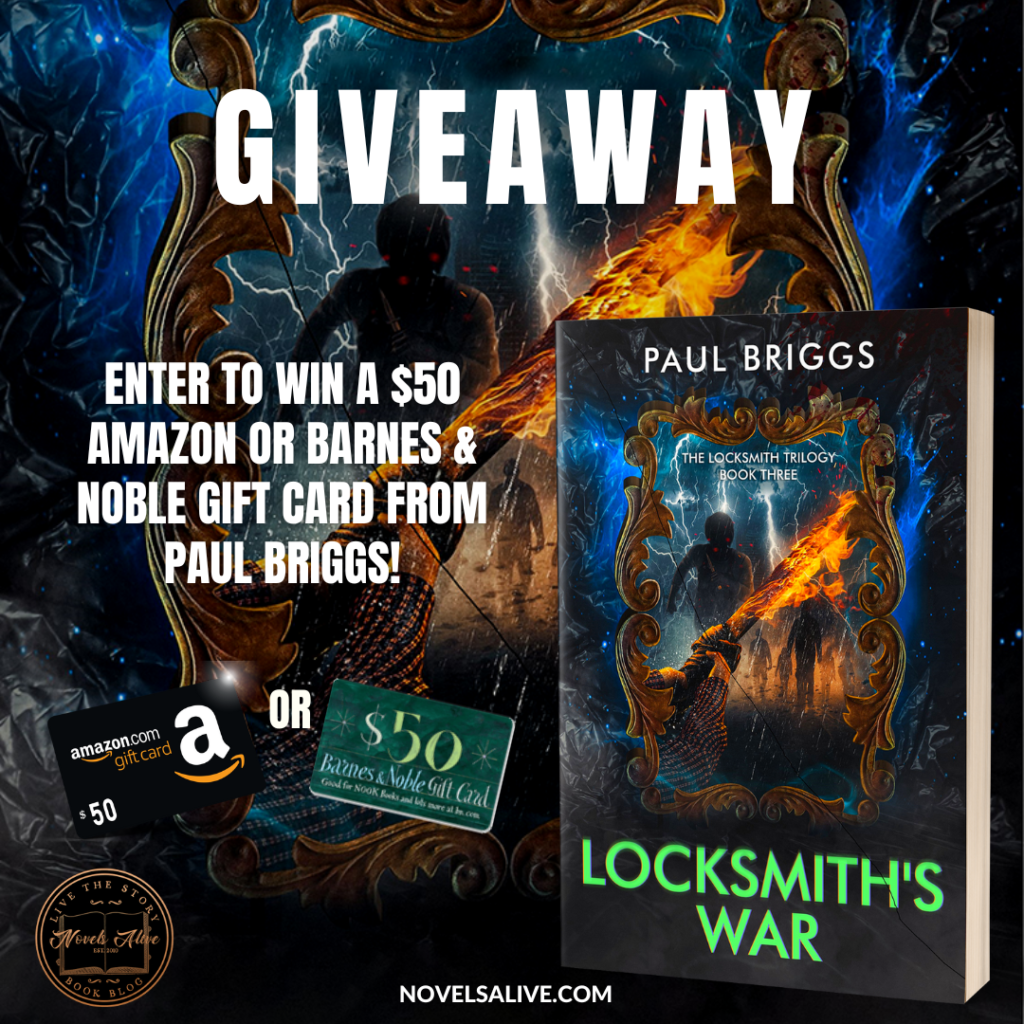 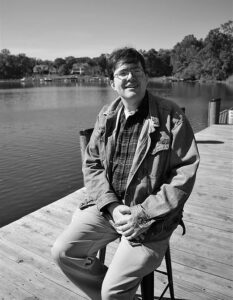 In addition to writing books, Paul Briggs has worked as a newspaper editor, court reporter’s assistant, and audio transcriber. In his spare time (when he has any) he sometimes performs in community theater, most recently taking on the roles of Bottom, Petruchio, Macbeth, Rosalind, and Richard III in a Shakespeare compilation. An Eastern Shore native who grew up in Chestertown, Maryland, Paul earned a BA in English from Washington College and a master’s degree in journalism from the University of Maryland – College Park.

He is the author of several short plays, including the award-winning The Worst Super Power Ever and The Picture of Health.  He is also writing the sequel to his 2018 science fiction novel Altered Seasons: Monsoonrise, which vividly imagines the dislocations that follow when the Arctic Sea ice finally melts and the Chesapeake Bay is drowned by the effects of climate change.