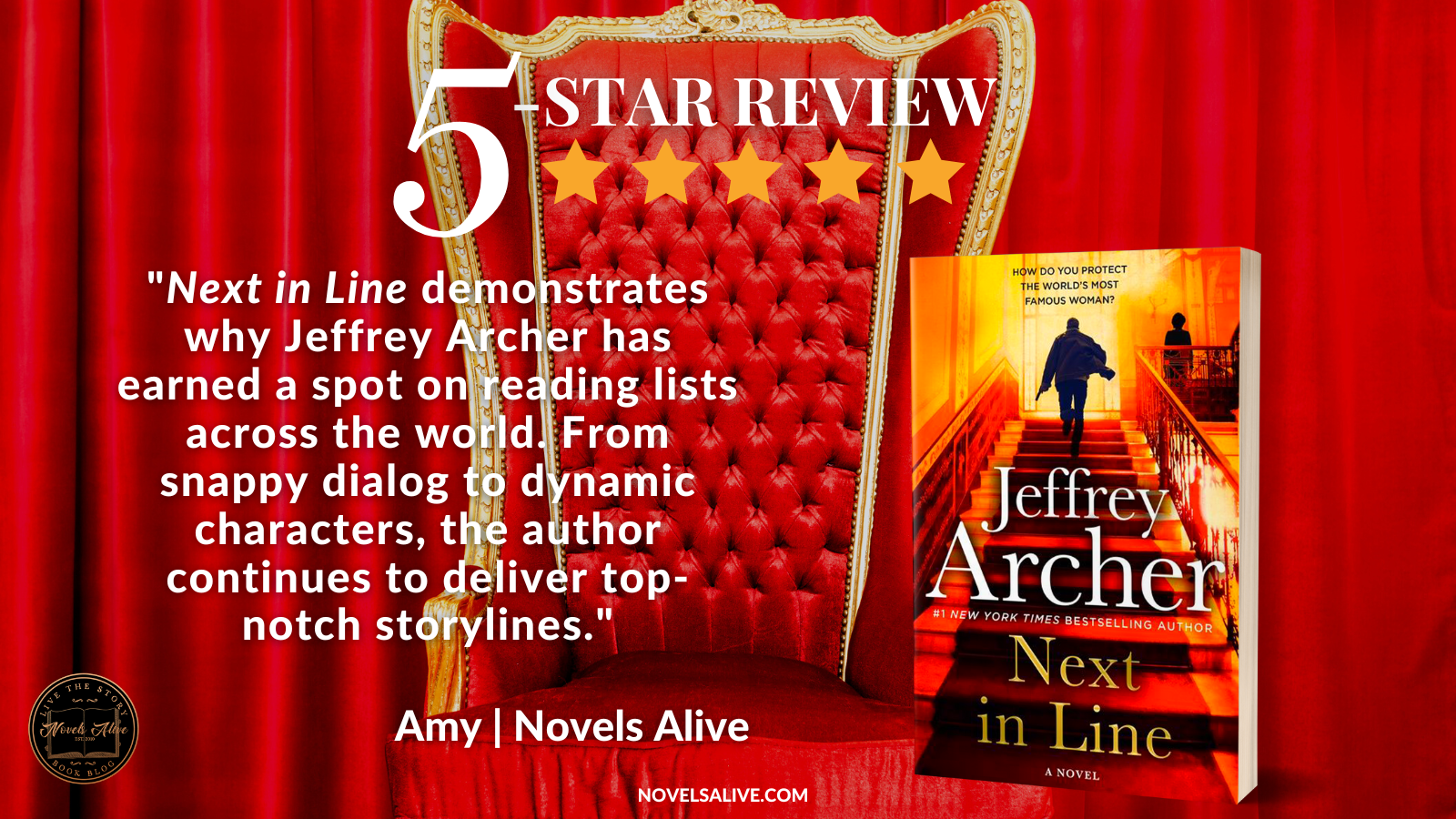 London, 1988. Royal fever sweeps the nation as Britain falls in love with the ‘people’s princess’.

Which means for Scotland Yard, the focus is on the elite Royalty Protection Command, and its commanding officer. Entrusted with protecting the most famous family on earth, they quite simply have to be the best. A weak link could spell disaster.

Detective Chief Inspector William Warwick and his Scotland Yard squad are sent in to investigate the team. Maverick ex-undercover operative Ross Hogan is charged with a very sensitive—and unique—responsibility. But it soon becomes clear the problems in Royalty Protection are just the beginning. A renegade organization has the security of the country—and the Crown—in its sights. The only question is which target is next in line…

Curling up with a book by Jeffrey Archer, for me, is guaranteed to be an entertaining afternoon of reading. His latest novel, Next in Line, is a testament to his ability to deliver yet another high-quality novel.

Featuring Detective Chief Inspector William Warwick and his team, the story is set in 1988 in London. As operatives of Scotland Yard, the group focuses on the Elite Protection Squad that guards the British royal family. The deeper they dig, the more they realize the danger posed to the Crown and the country.

While I am fascinated with anything about the British monarchy, this particular story captured my interest because of the time period. The beloved Princess Diana plays a significant role. The interactions between Warwick’s team and the royal family were fascinating, as was Diana’s encounter with young Artemisia.

As a political thriller, the book includes more than a few villains. Not only do readers get more of the Miles Faulkner/Booth Watson drama, but also some terrorists determined to wreak havoc. The end result is a multi-faceted tale of suspense.

Next in Line demonstrates why Jeffrey Archer has earned a spot on reading lists across the world. From snappy dialog to dynamic characters, the author continues to deliver top-notch storylines. 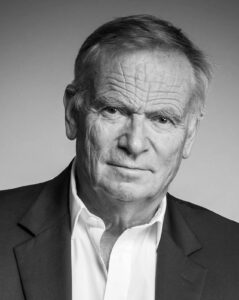 Jeffrey Archer was educated at Oxford University, where as a world-class sprinter he represented Great Britain in international competition. He became the youngest member of the House of Commons in 1969, was appointed Deputy Chairman of the Conservative Party in 1985, and was elevated to the House of Lords in 1992. All of his novels—from 1974’s Not a Penny More, Not a Penny Less to 1991’s As the Crow Flies—have been international bestsellers. Mr. Archer is married, has two children, and lives in Cambridge, England.

Next in Line demonstrates why Jeffrey Archer has earned a spot on reading lists across the world. From snappy dialog to dynamic characters, the author continues to deliver top-notch storylines.5-STAR REVIEW: NEXT IN LINE by Jeffrey Archer