Previous article
4-STAR REVIEW: A LION IN THE GRASS by Mark Zvonkovic
Next article
5-STAR REVIEW: NEXT IN LINE by Jeffrey Archer 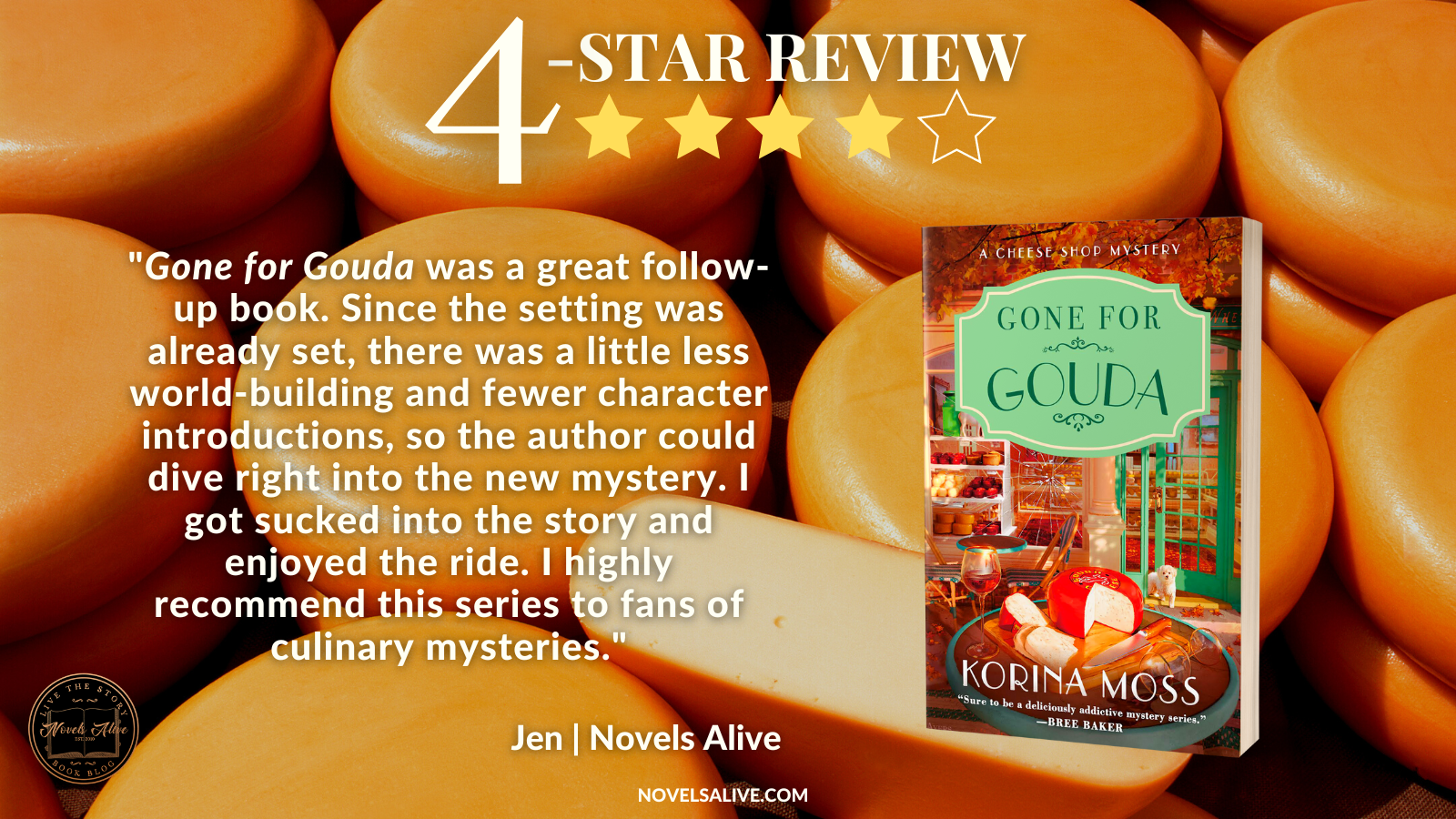 Things are going from gouda to bad to ugly for cheesemonger Willa Bauer in Gone for Gouda.

Yarrow Glen’s newest cheese shop, Curds & Whey, has a lot on its plate, but cheesemonger Willa Bauer relishes a challenge. There’s a float to build for the fall festival, plus the French-inspired cheese shop is playing host to celebrity vegan chef Phoebe Winston. But when photos surface that prove this vegan influencer is, in fact, a carnivore, things crumble faster than any cheese on the market: Phoebe is murdered. Willa’s employee, the affable Archie, was the last one to see Phoebe alive and the first person the police suspect. To clear his name Willa must uncover who’s been up to no gouda…

I really enjoyed the first book in the Cheese Shop Mysteries, Cheddar Off Dead, by Korina Moss. So, when I saw Gone for Gouda was available to review, I jumped at the chance and couldn’t wait to dive in.

Willa’s cheese shop is growing, and she has the opportunity to host a vegan cookbook author. Willa is less than thrilled upon meeting this demanding celebrity chef but is going to put aside her reservations to help her business. When the chef turns up dead, and Willa’s assistant is the prime suspect, Willa decides to try her hand at investigating once again.

I like Willa. She’s very loyal to her friends and willing to do just about anything for them. She’s struggling with attraction to two different men in her life—the local detective and neighbor Meadery owner. Willa is just a realistic character, one you can see as your friend, but also one with relationship and business concerns. It just made me cheer her on a little more.

The mystery was intriguing. There were plenty of suspects and a lot of red herrings. Willa bumbles around as you’d expect an amateur sleuth to do and gets herself into a couple of sticky situations. But she ultimately kind of solves the mystery with the help of her friends. I kept guessing until the end reveal, which is always nice, and I felt that the motive was actually well plotted out.

Gone for Gouda was a great follow-up book. Since the setting was already set, there was a little less world-building and fewer character introductions, so the author could dive right into the new mystery. I got sucked into the story and enjoyed the ride. I highly recommend this series to fans of culinary mysteries. 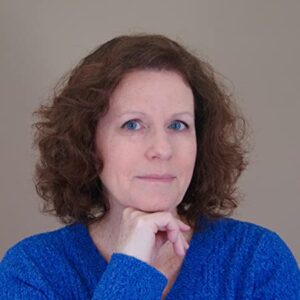 KORINA MOSS is the author of the Cheese Shop cozy mystery series set in Sonoma Valley. She loves creating quirky characters who live in idyllic small towns. She grew up on a healthy dose of Nancy Drew and Agatha Christie novels, which developed her passion for solving mysteries and eventually writing her own. She lives in a small New England town with its own share of quirky characters.

Korina is a member of Sisters in Crime and Mystery Writers of America.

For the past several years, Korina has been on her own Eat, Pray, Love journey but seems to have stalled at the Eat phase. When not writing or sampling new cheeses (a perk of the job), she can be found with a new favorite cozy, doing jigsaw puzzles, bonding with her sibs, or discovering new travel destinations with her teenage son. She has an affinity (some might say ‘addiction’) to coffee mugs, loves cats, and can’t pass up a new notebook or journal with all those fresh, empty pages.

Gone for Gouda was a great follow-up book. Since the setting was already set, there was a little less world-building and fewer character introductions, so the author could dive right into the new mystery. I got sucked into the story and enjoyed the ride. I highly recommend this series to fans of culinary mysteries.4-STAR REVIEW: GONE FOR GOUDA by Korina Moss