GUEST BLOG: How a Serious Case of Mom Guilt Shaped the Main Character in A MOTHER WOULD KNOW by Amber Garza Plus Giveaway!

Previous article
SPOTLIGHT: HALF NOTES FROM BERLIN by B.V. Glants Plus Giveaway!
Next article
5-STAR REVIEW: Someone Had To Do It By Amber and Danielle Brown 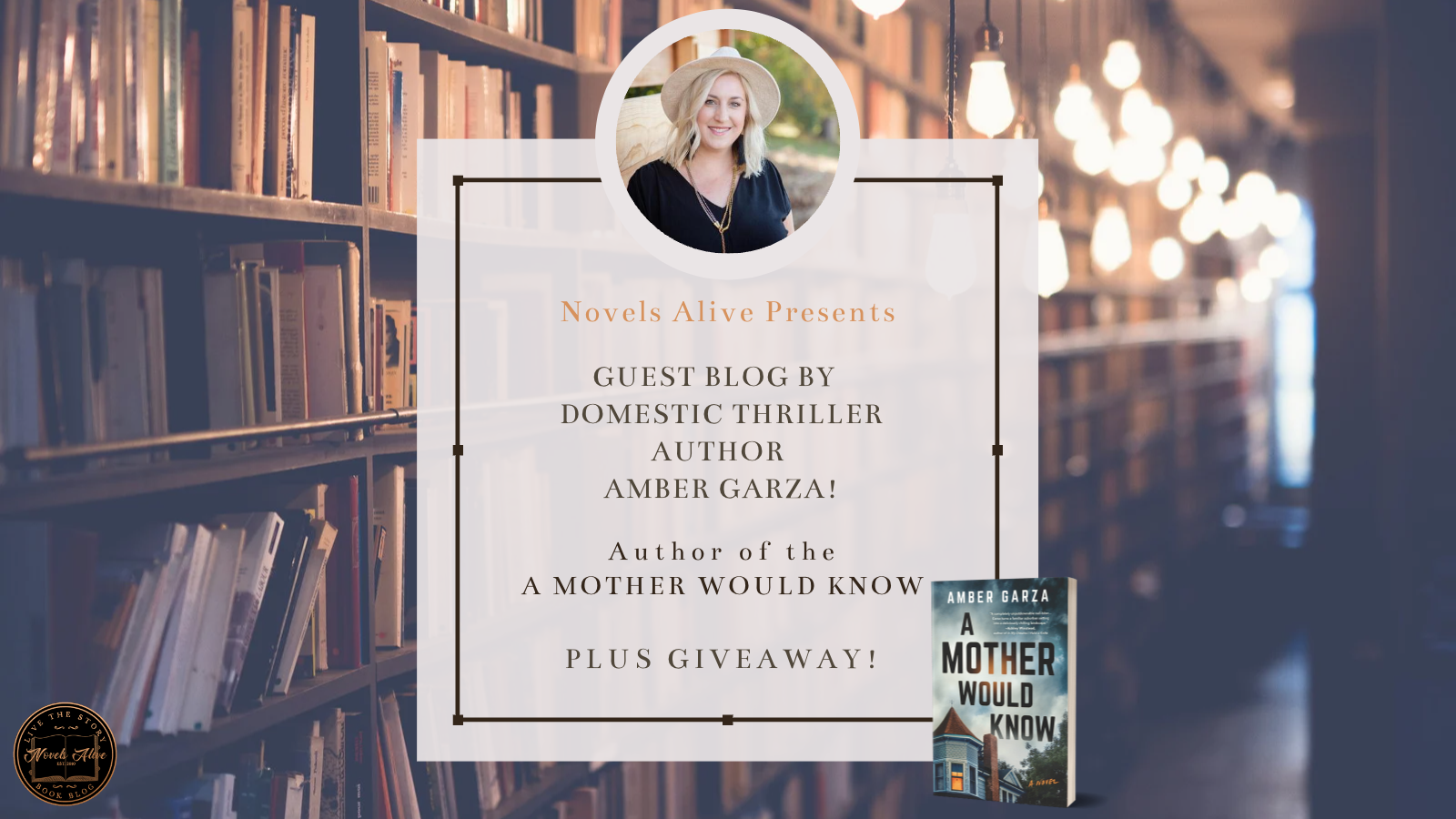 My dream of becoming an author began in childhood with stories like Encyclopedia Brown, Nancy Drew, Baby-sitter’s Club, Sweet Valley High, and Little Women. I was a voracious reader, and often fantasized about being the person behind the stories. The one spinning the bewitching tales. Although, I didn’t pen my first full-length novel until 2004. At the time my kids were five and two. When I took that book out on submission, I received a mountain of rejections, but also encouragement about my potential from multiple agents and editors. That encouragement lit a fire inside of me. One I knew wouldn’t be extinguished until I reached my goal – of being published and seeing my book on shelves. I was certain it wasn’t going to be easy, but also, that it may not be entirely out of reach.

I wrote in stolen moments – early mornings, late evenings, and weekends. And I worked tirelessly to hone my craft – attending conferences, workshops, joining writer’s groups, reading books on the craft of writing, and entering contests to win critiques by those in the industry. My family was so supportive, especially my husband who would take the kids to the park or get them ready for bed while I wrote. My kids’ voices would float into the office where I was holed up, fingers flying over the keyboard, and mom-guilt would engulf me. Inside, I was plagued with a constant conflict between my desire to be a “good” mom and my desire to be published author.

It was impossible for me to see them as anything but in competition with one another. Like I couldn’t have both. Like I had to sacrifice one for the other.

I feel like this is an issue exclusive to women. Men are encouraged to pursue their dreams, to fight, claw and work long hours to get ahead. Something women are shamed for doing. We’re told we’re not “good” moms if we have too many outside interests or a demanding career or a dream we spend too much of our time going after. As if the only dream that’s appropriate for us is to spend time with our children.

In A MOTHER WOULD KNOW, the main character Valerie was the lead singer of a successful band while her kids were growing up. Through her character, I explored the complicated feelings of a woman living out her dream while simultaneously feeling guilty for it. Being a professional musician was all Valerie wanted growing up and as an adult she made that dream a reality. It should’ve been something she could celebrate with pride, but it wasn’t. She was made to feel like the thing she should be celebrating – the thing she should put her energy into – were her kids; her family. I think a lot of women can relate to this.

Don’t get me wrong – I enjoy being a mom, and I love spending time with my kids. But I also love writing. I feel so blessed to be able to do this for a living. I honestly don’t regret all the time and energy it took for me to get here – even though it stole time away from my children. It’s okay for me to want something that’s just for me. And it’s okay for you, too.

From me my kids learned the value of hard work and dedication. They’re part of my dream, and no one is prouder of me than they are.

A mother questions everything she knows about her son when a local woman is found dead.

Valerie has been forgetting things. Her daughter worries about her being on her own in her big Victorian house—one rumored to be haunted after a tragedy decades earlier—and truth be told, she is a little lonely. With few options, she asks her adult son to move home, but it’s not quite the reunion she hoped for. Hudson is taciturn, moody and frequently gone.

The neighbors already hold a grudge against Hudson, and they aren’t happy about his return. When a young woman is found murdered a block away, suspicion falls on him immediately, without a shred of evidence. While Valerie fights to defend her son, she begins to wonder who she really invited into her home.

It’s a horrible thing for a mother to even think…but is it possible she’s enabled a monster? A monster she is living with, alone? 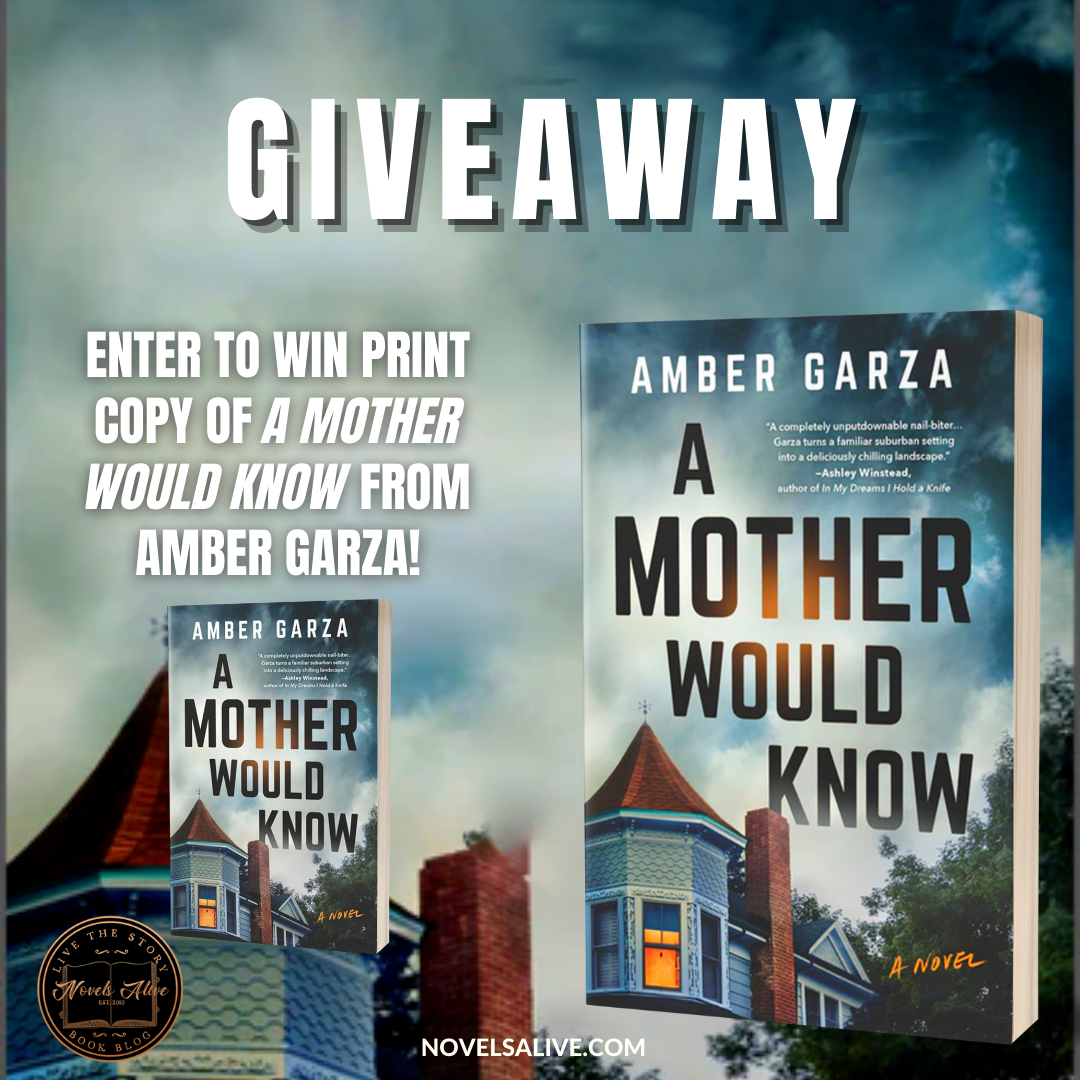 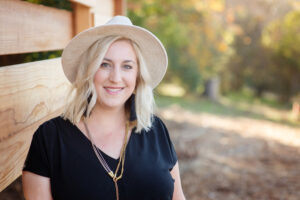 Amber Garza has had a passion for the written word since she was a child making books out of notebook paper and staples. Her hobbies include reading and singing. Coffee and wine are her drinks of choice (not necessarily in that order). She writes while blaring music, and talks about her characters like they’re real people. She lives with her husband and two kids in Folsom, California, which is also home to another Amber Garza.

A Mother Would Know features a tangled web full of suspense centering around relationships and how well we know the ones we love.GUEST BLOG: How a Serious Case of Mom Guilt Shaped the Main Character in A MOTHER WOULD KNOW by Amber Garza Plus Giveaway!