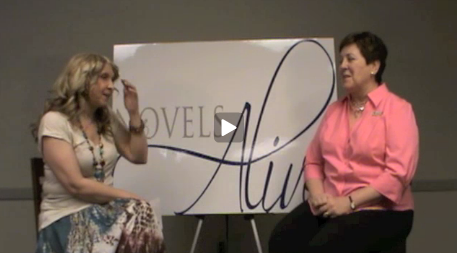 Come experience the adventure of the past from the pen of Award winning New York Times Bestselling Author Bobbi Smith and be swept away in the arms of love. This author of over forty books with over five million in print brings to you so far this year two romances that will take you from the lawless Texas plains to the high seas.

“Steely-eyed Lord Noah Kincade is accustomed to having the upper hand – but everything changes when his wealth and social standing are cut out from under him. With only two vessels left from his family’s shipping empire, Noah seeks to recoup his fortune with a voyage to the American colonies, where there are men who will pay generously for his cargo. What he doesn’t count on is one stunning hellion of a woman.

Cecelia Demorest hates aristocrats, particularly the insufferable Brits who frequent her Boston home. Her father may be a loyal subject, but Cecilia is wholly American, and her thoughts are consumed with the current unrest. The last thing she wants is to run into her father’s newest associate – until she does. Now Cecilia can’t stop thinking about Noah Kincade’s penetrating gaze…and how she’d like to get the best of him in every way.”

You will laugh and you will cry as you follow Noah and Cecelia’s stormy path to love. But the fun has just begun. In RELENTLESS, Bobbi takes you deep into the heart of the west where a young woman defies the world to survive and learns that love can change everything, especially for a woman who never gives up on her dreams.

[quote]”Dusty Martin hadn’t had an easy time of it. After her mama’s death she’d cut her hair and strapped on a revolver to join her father riding shotgun atop his stagecoach. Even when Charley Martin was killed by outlaws, and she was taken prisoner, Dusty kept hope alive. Until her prayers were answered by the hottest, hardest Texas Ranger ever to carry a badge or bring in a bandit.

A MAN WHO NEVER BACKED DOWN
Grant Spencer always got his man, but the wild woman he rescued on the trail pushed all his limits. Her stubborn refusal to tell him where the gang was headed meant he’d be forced to take her with him. And her innocent sensuality threatened even his iron self-control. Grant had sworn no lawbreaker would ever escape him, but the driving passion he felt for Dusty kicked his determination up a notch and everyone learns that love is relentless when it comes from the heart.”[/quote]

With a backlist that will take you deep into the heart and lives of men and women reminiscent of the real heroes and heroines that shaped the American West, Bobbi Smith is a magical storyteller that you don’t want to miss.