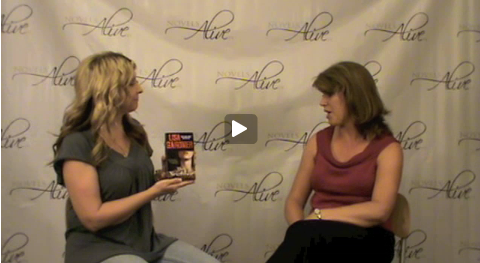 LIVE TO TELL, is New York Times Bestselling crime novelist Lisa Gardner’s fourth book featuring Boston Police Detective D.D. Warren, and may be her most unsettling yet.  The twists and turns in this dark psychological thriller will take you to the sharpest edge of fear where she explores the chilling psyche of children who kill.  The crime scene is horrific.

[quote]”A father methodically killing his entire family before mortally wounding himself.   But soon there are questions, the most pressing of which is, Why would this man, apparently out of the blue, slaughter his own family? Is it possible that someone else was the killer, perhaps another member of the family?  When other families meet a similar fate, D.D. must race against the clock to identify a twisted killer, before there’s no one left to live to tell.”[/quote]

If you are a fan of thrillers and mystery, Lisa is an absolutely must read.  She captures the heart and soul of suspense and turns a reader inside out before delivering a surprise and just ending.  A testament to her talent, Lisa just won the International Thriller Writers Award for Best Hardcover Release of 2009 for THE NEIGHBOR.

[quote]In THE NEIGHBOR, “…danger Lurks closer than you think. Because even in the perfect family, you never know what is going on behind closed doors…It was a case guaranteed to spark a media feeding frenzy—a young mother, blond and pretty, disappears, leaving behind her four-year-old daughter as the only witness and her handsome, secretive husband as the prime suspect.  But from the moment Detective Sergeant D. D. Warren arrives at the Joneses’ snug little bungalow, she senses something off about the picture of wholesome normality the couple worked so hard to create. With the clock ticking on the life of a missing woman and the media firestorm building, Jason Jones seems more intent on destroying evidence and isolating his daughter than on searching for his “beloved” wife. Is the perfect husband trying to hide his guilt–or just trying to hide? And will the only witness to the crime be the killer’s next victim?”[/quote]

Gardner’s cutting realism and perfect justice never fails to satisfy.  She takes real life and finds the darkness lurking just beneath the surface.  So don’t miss the first two books in the DD Warren Series.  HIDE and ALONE.

In HIDE, [quote]”…the mummified remains of six young girls are found on the grounds of an abandoned metal institute, and detectives D.D. Warren and Bobby Dodge fear the worst–the return of notorious serial killer Mr. Bosu. But when a grown woman steps forward, claiming to have the same name as one of the victims, the case takes a shocking turn. No use locking the doors or turning on the lights; this time there’s no place to hide.”[/quote]

[quote]”In a split second of time, police sniper Bobby Dodge takes the fateful shot, killing a husband who appears on the verge of murdering his wife. In the cold light of day, however, it becomes clear there was more to the scene than meets the eye. As Detective D.D. Warren investigates her fellow officer—and uncovers the dirty secrets of a privileged Boston family—the body count quickly climbs. No one is safe, and no one will see death coming until it has them cornered, helpless and alone.”[/quote]

Once you’ve been to hell and back with Detective D.D. Warren, the chilling suspense doesn’t stop there.  There are six books in Lisa’s FBI Profiler Series and three stand alone thrillers.

Find out more about Lisa, her fascinating journey to being a master at suspense, and her must read books at lisagardner.com.