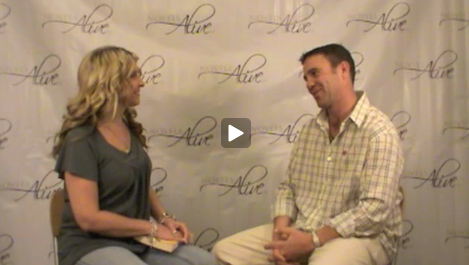 DEADLY TRUST, “Former army interrogator Jay Ryan is enjoying the quiet life after leaving the military far behind — or so he thinks. Because old habits die hard and he’s quickly thrust back into the thick of things when a disgruntled scientist, backed by the Australian security industry, develops a weapon of mass destruction — a hybrid strain of Anthrax — to be used to create panic in a population apathetic to crime prevention.

Only one batch of Anthrax inoculations can resist the deadly new strain, and it was given to five military interrogators. One of them was Jay Ryan. When the other four disappear, Ryan is the last interrogator left with the antibodies to defeat the deadly Anthrax strain.

Racing against time and hunted by rogue soldiers, mad scientists and an organisation that operates beyond the law, Ryan digs deep into his past for a chance at a future.

In this heart-stopping thriller, Jay Ryan wages a one-man war against enemies both known and unseen. There’s only person he can trust – or can he? Winning the war may have devastating consequences for the last interrogator…” [/quote]

With stark realism at a break-neck pace, Cooper relentlessly drives his stories to an unforgettable, gripping conclusion as only a man of his special training can do. JJ Cooper spent seventeen years in the Australian Army with special training in Human Intelligence including interrogation. He uses his experiences and knowledge to propel his readers through intrigues, conspiracies, and betrayals.

JJ Cooper is a must read for thriller lovers, especially for those who enjoy a sharp military edge. So make sure you get your hands on the first book in this gripping series.
In THE INTERROGATOR,

“Jay is an interrogator with a dark past and a tortured soul; he’s also the keeper of secrets Israeli spies will kill to get their hands upon. Renowned for his skills, he is used to commanding a certain level of respect amongst his peers. Then one day Jay is drugged, tortured, tattooed and accused of rape. He is forced to reveal information that could further destabilise fragile Middle East relations and plunge the entire region into war. They are secrets he has struggled to keep hidden for four years — proof that the ‘Coalition of the Willing’ knew Israeli Mossad agents removed chemical weapons from Iraq before the launch of the 2003 invasion.

After escaping his captors, Jay discovers that he is wanted for crimes he didn’t commit and that his father has been kidnapped by his own intelligence agency. No-nonsense secret agent Sarah Evans and lively retired security guard William ‘Bill’ Hunter join Jay on a quest to get his father back alive and avoid Israeli spies hell-bent on eliminating them all. Together they uncover the truth behind two spy agencies playing a high-stakes game of espionage with a ‘winner take all’ mindset. After Sarah goes missing, Jay must choose between hunting his father’s kidnappers or saving Sarah and exposing Israel’s involvement in the removal of chemical weapons from Iraq.”

THE INTERROGATOR is a story of betrayal and nightmarish conspiracy firmly rooted in the highest levels of government across international alliances. The story rockets toward a shattering finale that will leave the survivors changed forever. Thriller fans will enjoy the colorful characters, twisting, turning plots and fast action. The authentic military details gives the story a chillingly real context, drawing the reader into Jay’s world and not letting us go until the very end.”