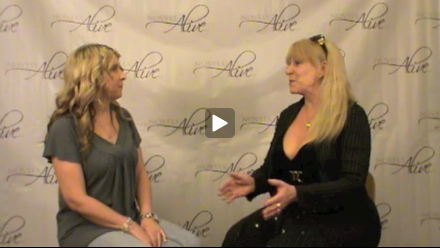 GHOST MOON IS OUT NOW!

Are you ready for spine chilling shudders?

“Reclusive collector Cutter Merlin is seldom seen in Key West—lately, not at all. Officer Liam Beckett visits Merlin’s curious house and discovers the gentleman in his study. In his death grip: a volume of occult lore and a reliquary. His eyes are wide with fright, his mouth a horrified rictus where spiders now dwell.

Kelsey Donovan returns to the old house to catalog her estranged grandfather’s collection of artifacts and antiquities, vowing to see his treasures divested properly. But she cannot ignore the sense that she’s being watched, the reports of malevolent black figures, the pervasive smell of death.

Is the Merlin house haunted, even cursed? Liam knows well that some ghost stories are true and he swears to protect Kelsey. But there are forces at work for whom one more life is a pittance to pay for their deepest desire…”[/quote]

In GHOST SHADOW, Book one of the Bone Island Trilogy[quote]

“There are those who walk among us who are no longer alive, but not yet crossed over. They seek retribution…vengeance…to warn. Among the living, few intuit their presence.

Katie MacDonald is one who can.

As she’s drawn deeper and deeper into a gruesome years-old murder, whispered warnings from a spectral friend become more and more insistent. But Katie must uncover the truth: could David Beckett really be guilty of his fiancé’s murder?

Worse – the body count’s rising on the Island of Bones, and the dead seem to be reenacting some macabre tableaux from history. The danger is increasing by the moment – especially as Katie finds herself irresistibly drawn to David, who may be responsible for more than just one killing…”[/quote]

Then in GHOST NIGHT, Book Two of the Bone Island Trilogy,[quote]

“A slasher movie turns real when two young actors are brutally murdered on a remote island film set. Their severed heads and arms are posed in macabre homage to a nineteenth-century pirate massacre.

Two years later, Vanessa Loren is drawn back to South Bimini by a documentary being made about the storied region. Filmmaker Sean O’Hara aches to see how the unsolved crime haunts her…and Sean knows more than a little about ghosts.

Lured by visions of a spectral figurehead, Vanessa discovers authentic pirate treasures that only deepen the mystery. Are the murders the work of modern-day marauders, the Bermuda Triangle or a deadly paranormal echo of the island’s violent history? As Vanessa and Sean grow closer, the killer prepares to resume the slaughter…unless the dead can intervene.”[/quote]

If you haven’t either read or met Bestselling, International Author Heather Graham then you’re not only missing great stories, but one fabulous lady. Heather lives a fascinating life of writing and travel. She has written over a hundred books, and has managed to raise five talented children in the process. But despite her busy life and huge success, Heather still manages to graciously help other writers on their publishing journey at every turn. There isn’t a moment that she doesn’t give whole-heartedly of herself and every Labor Day Weekend she holds an event called Writers for New Orleans! This year was a huge success and many writers went back home, inspired, encouraged, and a dozen more steps closer to realizing their publishing dreams.

Then be sure to check out her upcoming December Release NIGHT OF THE VAMPIRES.[quote]

“Beneath evil and destruction lies truth . . . and eternal passion”

As a soldier, Cole Granger fights to restore peace to a world divided by war and evil. His extraordinary talents are enlisted to prevent the president’s horrific premonition from becoming reality.

Nothing—and no one—will stop him from fulfilling his duty. Especially the mysterious young woman who claims to be his comrade’s sister. Enemy or ally, he can’t yet determine. But one thing he knows for certain is that he must keep her close. Very close.

Megan’s Fox’s quest to uncover a family secret leads her to the center of vampire riots in West Virginia. To find the answers she needs—and clear herself of suspicion—she must join forces with Cole. They work undercover to bring justice, but they can’t disguise the potent attraction and need that draw them together. Yet trust doesn’t come easily for Cole…and when Megan unearths the grim, dark truth, can she trust him to believe her? “[/quote]

So NovelsAlive TV salutes and praises Heather for everything she does. We also encourage every reader and writer to check out Heather and her fantastic stories at: www.theoriginalheathergraham.com, www.eheathergraham.com.