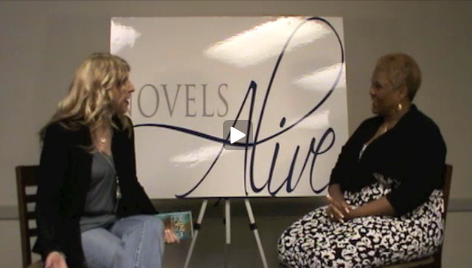 Heart and Home. Nobody does it better, time and time again than Brenda Jackson. This New York Times and USA Today Bestselling author shares with NovelsAlive TV why it is so important to her as an author to connect with her readers. So much so that she is even planning to take a cruise with her fans again in 2011.

Born in Jacksonville, Florida, Brenda married her high school sweetheart, has raised two wonderful sons, worked for thirty-seven years in insurance management and still accomplished the phenomenal feat of having written over seventy-five books since 1994 for a multitude of publishers. Brenda’s loves writing stories that connect, and often centers her series on families that become increasingly beloved by her fans.

[quote]”Blade Madaris, who has watched the men in his family surrender their single status one by one, has no plans to join them. But the gorgeous attorney he meets at his cousin’s wedding would make a fine notch on his bedpost. And when circumstances bring him to her city for six months, Blade formulates a plan to sweep Samira Di Meglio off her feet and into his arms.

Though Blade is the kind of playa Sam has spent years avoiding, a no-strings one-night stand is too tempting to resist when the attraction between them burns sweet and hot. But their sizzling night together comes with unforeseen complications. Blade can’t walk away from the most passionate woman he’s ever met, but to break through her resistance, the consummate bachelor will have to bare his soul and confess everything that’s in his heart.”[/quote]

Over the years Brenda has received numerous awards and made many trail-blazing accomplishments by being the first African-American author to have a book published under the Harlequin/Silhouette Desire line of books and the first African-American romance author to make USA Today’s Bestseller’s List and the New York Times Bestseller’s List for the series romance genre. Recently Brenda signed a five-year contract to write exclusively for Harlequin Enterprises. STAR OF HIS HEART, out from Harlequin’s Kimani Press is about,

[quote]”Drop-dead-gorgeous Ethan Chambers loves his life as Hollywood’s most eligible–and elusive–bachelor. Plus, the talented actor has just gotten an offer he can’t refuse: a starring role on TV’s hit medical drama. But it’s the show’s sultry makeup and wardrobe director who’s got his pulse racing—and making him think twice about staying single.

Getting the gig on Paging the Doctor has thrust Rachel Wellesley into the unwelcome glare of the spotlight. She wants to paint the story, not be the story. But when Rachel starts falling for the show’s sinfully sexy star, she knows it’s time to get her own heart checked. But how can she give up these passionate nights in Ethan’s arms? Now, as the cameras roll and her creative vision comes to life, is Rachel finally ready for her close-up—with the man of her dreams?”[/quote]

In September, WHAT A WESTMORELAND WANTS was released and brought to Brenda’s fans over twenty stories in the popular Westmoreland Family’s Series. It all starts with ultra sexy Mr. September, Callum Austell, a very hot Australian ranch owner and his plan to get “his deepest desire,” Gemma Westmoreland.

[quote]”Callum had been biding his time, and now the perfect opportunity had arrived to pursue the ultimate object of his affections. Offering Gemma a job to decorate his new home meant she had to come to him. And on his territory, the Aussie knew he could easily woo her into his bed. But this Westmoreland woman was no pushover. If Callum was going to get what he wanted—as always—the millionaire just might have to utter three little words first.”[/quote]

If you are a fan of emotional and fun romance with heart, then Brenda Jackson is a must read. You can find out more about all of her books at BrendaJackson.net and also find out the detail on her 2011 Caribbean Cruise with a private party planned on the Grand Turks Islands. What a way to celebrate Brenda’s sixteen years of publishing!