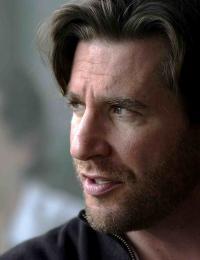 Having my first book, Rain Fall, made into a movie last year by Sony Pictures Japan was a great experience.  Fascinating and fun.  I visited the set, which was very cool; I met Gary Oldman and Akira Emoto, two actors I like a lot; and I attended the premiere, which was a blast.  If you want to know more, here’s my writeup of the premiere in Tokyo; photos of set and the premiere; and a short video of the premiere (if you can stand my mangled Japanese).

Although Sony bought the screenplay I adapted from my novel, in the end, the director they hired, Max Mannix, wanted to use his own.  Naturally, I preferred mine (who wouldn’t prefer his own?), but it wasn’t my movie so I was fine with their decision.  If you’re curious about some lessons I learned in adapting my book for the screen, here’s an article I wrote called Story in the Novel and for the Screen.  Very important to remember which you’re writing for, and to keep in mind the tendencies and possibilities of each.

Having a movie made from your book is great.  No matter how the movie turns out, it can only help sell books.  An easy principle to understand, of course, if the movie is great, and stars Johnny Depp and wins multiple academy awards.  But it’s true even for a bad movie.  A bad movie won’t dissuade people who already like your books.  And while many people who see the bad movie won’t be moved to buy your books as a result, at least a few will, and those few wouldn’t have heard of you, or bought your books, in the absence of a movie.  So sales-wise, a movie represents only potential gain — a good thing to remember should you suffer the quality problem of your book being made into a bad movie.

I think it’s best to expect that once the deal is done, the movie people won’t want anything to do with you and that you won’t like their movie.  That way, you can only be pleasantly surprised.  If you surrender creative control, be professional.  It’s not your movie; it’s a movie that’s based on, or even just inspired by, your book.  Think of it that way to keep proper perspective.  Your novels; someone else’s movie.