Bubble Bubble Toil and Trouble.  Can’t you just imagine a witch stirring her cauldron, snatching everything within reach to stir into her brew?  That’s me with a book and the characters that fill it.  It’s a combination of my imagination and what I glean from life, the world, and others around me.  Then there’s the magic.  The characters come to life through the story and become their on unique person, unlike anyone else.

LOL That’s like asking which one of your children would you choose to spend time with.  Each of my heroes and heroines have something within them that I admire and would choose to have as part of my life.

You must add the chill of suspense to that list as well.  In truth, I shoot for the full range of emotions in my stories.  I want to touch the hearts of my readers .  I want them to feel my stories.  To choose only one, though. I always love to leave my readers with a smile, so I guess I would go for laughter; it is the great healer of all things.

Anne Trevelyan from THE MISTRESS OF TREVELYAN

Social Media opened the door for readers and authors to make a personal connection.  That, I think, helps an author be able to share so much more about their stories and their characters, which hopefully interests readers in what we so love to do.  I know for myself that every time a reader reaches out to me it just makes my day and encourages me in my writing.

Definitely the quality will skyrocket.  Authors do not have to go through the narrow gates of what traditional publishing thinks is marketable to write and publish a book.  Authors can now write the stories they are passionate about and that interest them.  The treasures are and will abound.

A good writer will make a character both wonderful and flawed, and I think that readers like to get both in their heroes and heroines.

An author sweats blood for months on end to write a story.  I think that it’s a shame that neither the legal world, nor those that pirate the books, care about that or are willing to pay an author for their hard work.  But I love story, I will always write stories.  Stories are meant to be cherished and shared, but not a day goes by that I don’t hope to one day make my living by writing.  So I thank everyone who doesn’t pirate.  Though I welcome a pirate hero, don’t you?

As we speak, I am starting James Weldon’s story, HOT IRISH LASS, book four of the Weldon Brothers Series and part of my Southern Steam Book Collection.  As is my newest release, COCKTAIL COVE, a fun and sexy southern tale with a touch of suspense that begins my Frankly, My Dear Series.  I hope you’ll enjoy all of the books in this collection. 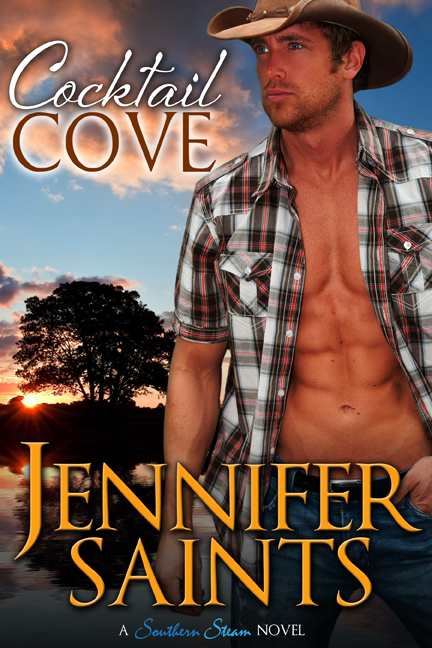 When life shakes you up and pours you over the rocks…

Socialite Nikita Derringer is hiding from the mob because of a deal her ex made with the devil, that she accidentally did her ex in with her designer heals, is… beside the point.

Guilt ridden developer Ben Harding walked away from his lucrative big city job and is searching for redemption in the quiet solitude of his grandfather’s sacred fishing cove. But fate has something else in mind for them at cocktail cove. Throw in sex therapy for the masses, a bear of a dog, the deep end of passion and you’ve got a potent mix guaranteed to ignite your senses and fill your heart with love and laughter.

THE MISTRESS OF TREVELYAN