BOOK BLAST: LINE OF SCRIMMAGE by Desiree Holt and Giveaway

Sometimes it’s not about winning…

One bad tackle. That’s all it took to put wide receiver Jake Russell in a cast for the rest of the NFL season. From being a high school all-star to getting drafted by the Austin Mustangs, football has been Jake’s life for as long as he can remember. It’s what defines him—because he has a secret he never shares. But now that he’s laid up in bed with a nurse displaying a lot of distracting bedside manners, he’s discovering life on the sidelines might have its perks…

One last paycheck. That’s all Erin Bass has left to her name when the resort she works at shuts down. Desperate, she agrees to be a caregiver to hardass jock Jake Russell, who also happens to be a memorable one-night stand. Before long, caring leads to daring new ways to catch up in bed, especially with Jake still in a cast. But with football on the sidelines, this time the game is serious. . . 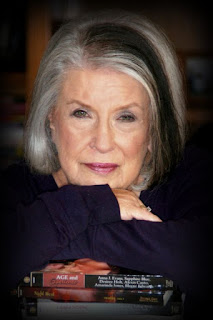 Desiree Holt has produced more than two hundred titles in nearly every subgenre of romance fiction. She is a winner of the EPIC E-Book Award, an Authors after Dark Author of the Year and of the Holt Medallion. She has been featured on CBS Sunday Morning and in The Village Voice, The Daily Beast, USA Today, The Wall Street Journal, The London Daily Mail and numerous other national and international publications. She enjoys football and reading and her three cats, who are her constant writing companions.