I’m a pantser, everyone who has ever read an interview about me understands that I don’t plot my books by any stretch. However, an outline of a character would be the exception to my ‘no plotting’ rule. That isn’t to say I know everything there is to know about my characters when I begin a story, but I do have some basics down before I even know their name.

How old are they, what do they look like…who are their parents? Are they one of a clan of six kids, or did they grow up as an only child or an orphan? Where we are from and who raised us influences most of our important decisions. And falling in love is an important decision.

If my heroine is deathly afraid of dogs…why? And if you don’t know, than when she runs away from the furry little Pomeranian with a wagging tail, the reader won’t understand her reaction. Making the reader cringe when the dog runs up to her is what you’re looking for. So as a writer, you want to plant the seed of dog trauma long before the heroine and the Pom Pom are on the same page.

There have been times when writing a book I will accidentally give my characters a tick. You know, like chewing the edges of their hair, or looking away when they are lying. And then later in the book I will realize why they do what they do. As a writer, I will often have to go back and enhance my back story to bring my readers into the head of my heroine.

And isn’t that why we read fiction to begin with? To get inside the head and lives of our heroes and heroines?

That’s all I have for now. 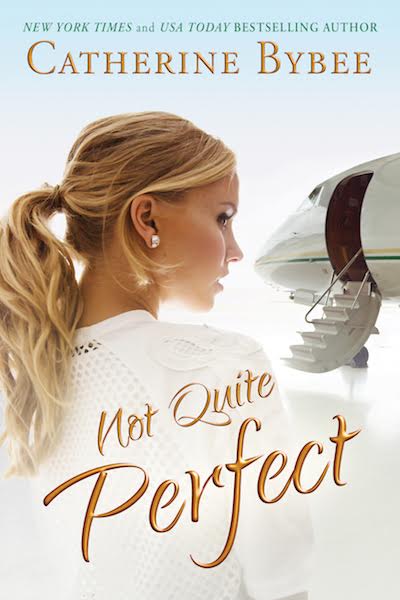 Mary Kildare knows how to read people. It’s both why she makes a great therapist and why she refuses to trust the average bachelor. Staying fiercely independent has been her primary relationship strategy—until wealthy playboy pilot (and commitmentphobe) Glen Fairchild reappears in her life. After a yearlong teasing tug-of-war, Mary and Glen test the waters of attraction, only to find that their physical chemistry runs deeper than flirtation.

At first, a bicoastal romance suits them both—especially since Glen can swoop in and whisk Mary away on one of his company’s planes. But no matter how close they get, they’re still three thousand miles apart. And when Mary’s life is threatened, Glen realizes the one luxury he doesn’t have is time. Can he close the distance between them before it’s too late?

Bybee’s magnetic fourth Not Quite contemporary proves that romance can happen in the most unlikely places…The love scenes are sizzling and the multidimensional characters make this a page-turner. Readers will look for earlier installments and eagerly anticipate new ones. — Publishers Weekly on Not Quite Forever

Not Quite Dating offers a sweet and satisfying Cinderella fantasy that will keep you smiling long after you’ve finished reading… — USA Today, Happy Ever After

Bybee’s gift for creating unforgettable romances cannot be ignored. [Not Quite Enough] will sweep readers away to a paradise, and they will be intrigued by the thrilling story that accompanies their literary vacation. — RT Book Reviews, Top Pick

& USA Today bestselling author Catherine Bybee was raised in Washington State, but after graduating high school, she moved to Southern California in hopes of becoming a movie star. After growing bored with waiting tables, she returned to school and became a registered nurse, spending most of her career in urban emergency rooms. She now writes full-time and has penned the Weekday Brides Series and the Not Quite Series. Bybee lives with her two teenage sons in Southern California.