One day they suddenly manifested in front of me – three schoolgirls, clamouring to have their stories told… one shy, one feisty, and one decidedly cynical. Was it a waking dream, or one of those strange events that occur when the muse is tapping at my door, demanding entry? I could see them so clearly in my mind’s eye, and felt I somehow already knew them – Cordelia, Rosalind, and Beatrice… aged fourteen, dressed in their High School uniform, so brashly innocent of all that was yet to come that it touched my heart.

They kept visiting me, sometimes speaking to me at inconvenient moments (often in the shower) insisting that I recorded accurately whatever it was they were telling me. They each had a different voice, and a different story. They wanted me to be their scribe, but I still hadn’t decided whether I would take them on. And then a peculiar twist occurred. I saw them all not at fourteen but at nearly seventy – the same girls, but women now, facing all the things that women face in later life. They had grown. They had aged. They had a lifetime of history. I finally submitted. They knew their life stories, but I didn’t yet. There was only one thing to do – write it.

Three novels on, and I have completed the trilogy. As always happens, I am grieving for the loss of the characters I have come to understand so deeply. They are real to me. I have felt their pain (which as any writer will confess is also my pain, indelibly entwined in theirs.) I have watched them struggle and learn what it means to pay the price of being human, just as we all do. I have resisted rescuing them from their inevitable disasters and transgressions. My task is merely to record how consequences transpire from the choices they make. They are as much at the mercy of fate and karma as any of us. There is a natural trajectory in their paths and all I need to do is follow it.

And that is as much of the process of writing as I’m able to describe. To go further would be like pulling the wings off a butterfly. I know when stories begin and I discover how they end, and the journey that takes me there as a writer goes far deeper than I can explain.

This trilogy, feels important to me. It is written for women of every age, and the men who love and strive to understand them. Each woman’s personality is complex and unique, and yet aspects of her experience will resonate, whatever her individual story happens to be. It is also written for men, whose societal roles and identity have changed a great deal over the last six decades, and who struggle in other ways to survive life in this turbulent society.

When I embarked on writing the trilogy it was like beginning a love affair. I had no idea just how deeply I would fall in love with some of the characters, or how much they would get under my skin, these three girls who became women and whose destiny has been in my hands, and yet also beyond my influence. I have been gripped by the of their emotions and where their choices have led them. Cordelia, Beatrice and Rosalind each have such different histories and personalities, and are all so exquisitely flawed (just like everyone with whom I’ve ever fallen in love, and, of course, me.)

A conundrum that fascinates me is whether we are as free as we like to believe, or whether our strengths, weaknesses and preferences are set in a mould by our genes, early childhood experiences and cultural background. Is that mould plastic enough to be reshaped or broken by later experiences in life, or are we doomed to go on repeating mistakes from a perspective that we adopted in a time even before memory, and mostly out of our awareness?

And for that matter, can our later experiences heal the damage we experienced when we were too young to escape the consequences? When I meet my characters at the start of writing a novel, these are the questions that I ask, and I come to know far more about their histories than ever reaches the page, because hidden there are the clues that go on informing their decisions.

I don’t believe we are entirely doomed. I couldn’t have worked for so many years as a psychotherapist if I did. There are always opportunities for reparation, for healing, for coming up for air and taking a broader view. I always hope people, in real life as well as in my novels, will find them. 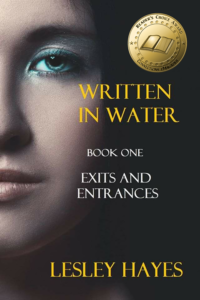 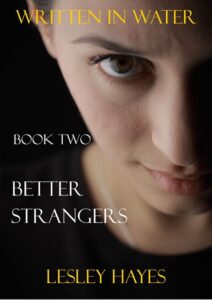 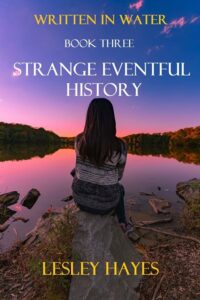 Lesley Hayes is an English author of literary fiction with a distinct psychological edge. It is difficult to fit her into any specific genre as her nine novels and seven collections of short stories are all so different. The one thing that is common to them all is her abiding fascination with the human condition. It’s not so surprising to learn that for twenty-five years she practised as a psychotherapist before retiring to focus again full-time on her first career as a writer. The ideas for her books come in different ways, but are usually triggered by an event, situation, or emotional dilemma she has heard about or directly experienced. They each have a message or underlying theme, and are all in a way about the hero’s journey – her protagonist’s quest to find meaning in life and a resolution that brings them closer to the truth in their own heart. She has always found that writing is a way of reaching towards a deeper understanding of herself, and in some cases putting emotional ghosts to rest.