BOOK BLAST: THE MADNESS OF MERCURY by Connie di Marco

Previous articleGUEST BLOG: My Inspiration for ABNEY KELLY & THE YULETIDE SHENANIGANS by SamiJo McQuiston
Next articleNEW RELEASE: THE GIRL IN THE MIRROR by Rose Carlyle

The Zodiac Mysteries feature San Francisco astrologer, Julia Bonatti, who never thought murder would be part of her practice. Julia sought answers and found solace in astrology after the death of her fiancé in a hit and run accident. Since then, she’s successfully built a clientele of the city’s movers and shakers.

In The Madness of Mercury, Julia’s outspoken advice in her newspaper column, AskZodia, makes her the target of a recently-arrived cult preacher who advocates love and compassion to those less fortunate. But the power-hungry preacher is waging war on sin and his Army of the Prophet will stop at nothing to silence those who would stand in his way. Julia is at the top of his list.

Connie di Marco will be awarding a $20 Amazon or Barnes & Noble gift card to a randomly drawn winner via Rafflecopter during the tour. 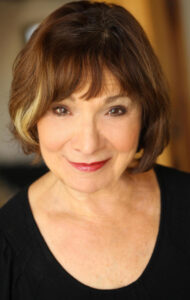 Connie di Marco is the author of the Zodiac Mysteries featuring San Francisco astrologer Julia Bonatti.  The Madness of Mercury, the first book in the series will be re-released in October 2020.