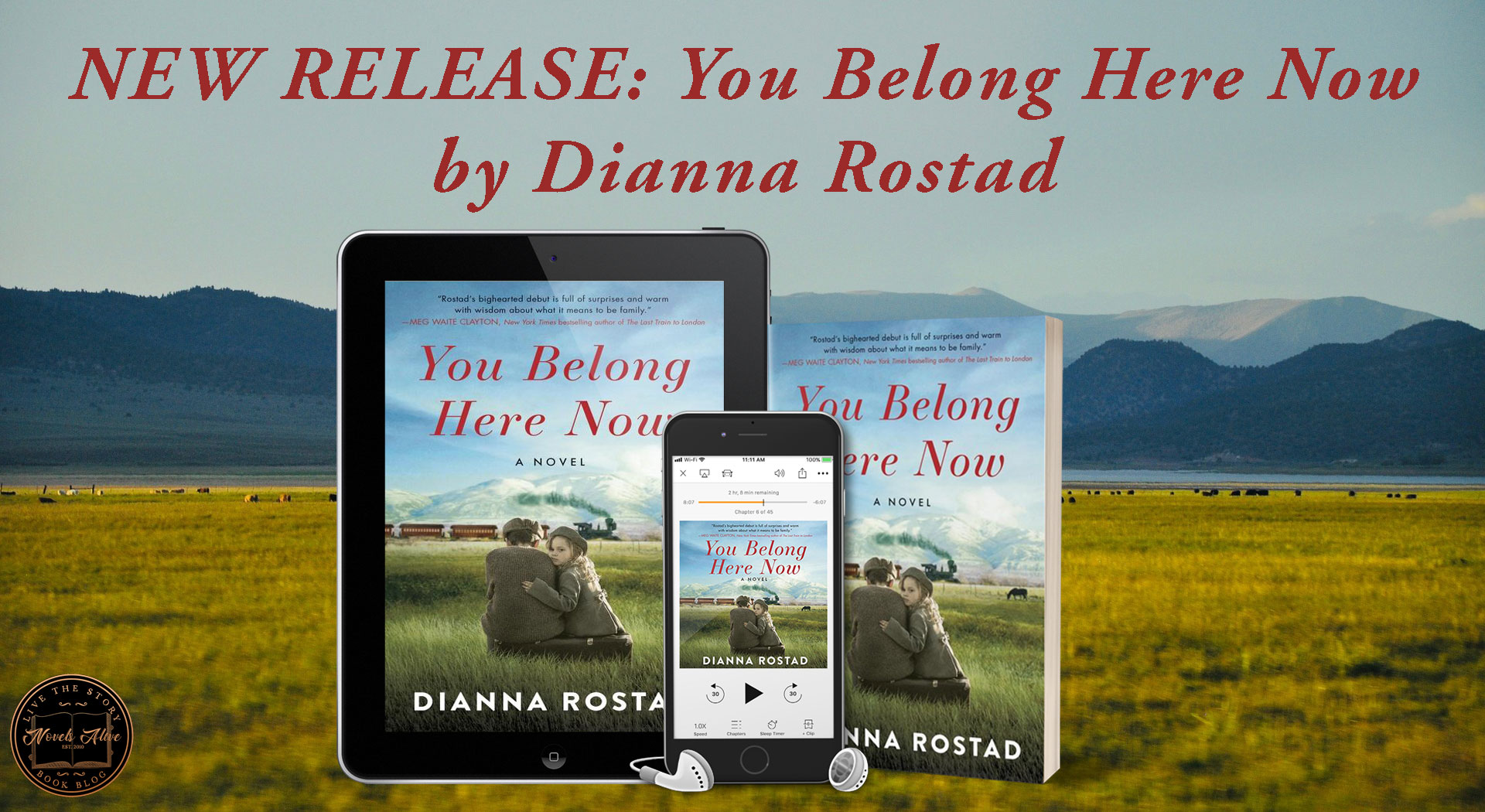 “Set against the harsh backdrop of Montana, You Belong Here Now is a novel as straightforward and powerful as the characters who populate it. I love this book, and I guarantee you won’t find a finer debut work anywhere.”  — William Kent Krueger, New York Times bestselling author of This Tender Land

In this brilliant debut reminiscent of Kristina McMorris’s Sold on a Monday and William Kent Krueger’s This Tender Land, three orphans journey westward from New York City to the Big Sky Country of Montana, hoping for a better life where beautiful wild horses roam free.

Montana 1925: An Irish boy orphaned by Spanish flu, a tiny girl who won’t speak, and a volatile young man who lies about his age to escape Hell’s Kitchen, are paraded on train platforms across the Midwest to work-worn folks. They journey countless miles, racing the sun westward.

Before they reach the last rejection and stop, the oldest, Charles, comes up with a daring plan, and alone, they set off toward the Yellowstone River and grassy mountains where the wild horses roam.

Fate guides them toward the ranch of a family stricken by loss. Nara, the daughter of a successful cattleman, has grown into a brusque spinster who refuses the kids on sight. She’s worked hard to gain her father’s respect and hopes to run their operation, but if the kids stay, she’ll be stuck in the kitchen.

Nara works them without mercy, hoping they’ll run off, but they buck up and show spirit, and though Nara will never be motherly, she begins to take to them. So, when Charles is jailed for freeing wild horses that were rounded up for slaughter, and an abusive mother from New York shows up to take the youngest, Nara does the unthinkable, risking everything she holds dear to change their lives forever.

“Rostad’s bighearted debut is full of surprises, and warm with wisdom about what it means to be family.” –Meg Waite Clayton, New York Times bestselling author of The Last Train to London

“From the moment the reader steps on the train with these orphaned children, You Belong Here Now shows how beauty can emerge from even the darkest places. –Erika Robuck, national bestselling author of Hemingway’s Girl

“A heartwarming, unflinching story of orphans, family, and horses. Timeless, irresistible… For fans of Orphan Train and all of us who long for acceptance.” –Weina Dai Randel, award-winning author of The Moon in the Palace

“Set against the harsh backdrop of Montana, You Belong Here Now is a novel as straightforward and powerful as the characters who populate it. I love this book, and I guarantee you won’t find a finer debut work anywhere.” –William Kent Krueger, New York Times bestselling author of This Tender Land

“Rostad comes roaring out of the gate with her beautiful debut novel You Belong Here Now where everyone is a broken spirit in his or her own way, but are ultimately restored under the Big Sky.”-Leslie Caroll, author of American Princess: The Love Story of Meghan Markle and Prince Harry 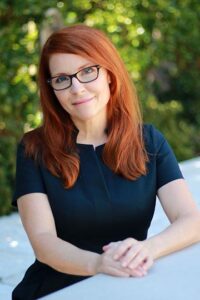 Dianna Rostad was born and raised in the Pacific Northwest. Her parents and extended family come from the ranches of Montana and the farms of Arkansas. Dianna raised three kind, human beings, and when they began to test their wings, she took to writing with a passion, completing Southern Methodist University Writer’s Path program in 2009. A favorite task of her creative endeavors is the discovery and research of people and places where her novels are set. She has traveled extensively to pursue the last artifacts of our shared history and breathe life, truth, and hope into her novels. Now living in Florida, Dianna continues to write big-hearted novels for wide audiences everywhere.

5-STAR REVIEW: THE ROSE AND THE THISTLE by Laura Frantz

5-STAR REVIEW: HALF NOTES FROM BERLIN by B.V. Glants