GUEST BLOG: How To Create a Believable Fantasy World by Geoffrey Saign Plus Giveaway!

Fantasy has to have rules, make sense to the reader, and be believable within the world where it occurs. For instance, you can’t have a sudden change in magic (unless it was foreshadowed or is believable, and still follows the rules). E.g. you create a world of magical humanoids, and suddenly one of them has superman abilities for no reason other than you needed it to solve a plot problem.

The world should feel real. It’s a fantasy, it doesn’t exist, but the characters in that world believe it’s real. They act according to the rules of the world and interact with everyone with those rules and limits in mind. In Magical Beasts, in a parallel world called KiraKu, there are Great Ones—large animals that can morph into humanoids. They can talk, and some have more power than others. Some can teleport and some can’t. They live in a world of nature (that’s where you would expect big animals to live) and still make typical animal sounds when upset, etc. like hissing, growling, or roaring. Magic in this world, and the Great Ones’ abilities, is powered by the Jewel of Origin, which also has a clear history. The Jewel is a sentient being that imbues the air and water of KiraKu with its energy. That energy allows the Great Ones to be immortal and have their powers. But if the Great Ones come to our world, and are deprived of KiraKu’s water and air for a long time (eons), they begin to mutate, and eventually weaken and die—there are real consequences to losing their energy source. In KiraKu and our world, there are factions of Great Ones that are following different leaders—thus there is almost a familiar political theme here (though no politicians). And some Great Ones, like dragons, are independent and don’t care about anyone except themselves. These individual traits create diversity in the world and help make it believable.

Another thing that makes a fantasy world real, is a newcomer’s reactions to the world. If someone arrives in KiraKu from our world, some will be amazed, some scared, some worried. And in the world of KiraKu, some Great Ones will dislike the current state of affairs, while others embrace them. Thus you have a wide array of responses to this world, which again gives layers to it at the individual level.

Rules matter. One weapon in KiraKu is the WhipEye staff. It often needs to strike the earth to perform some feats of magic. If the user is on a bridge, it won’t work. Also, the staff is also imbued with the energy of the Jewel of Origin, which powers the whole world. Everything is connected, interconnected, and feels solid in explanation. The bearer of WhipEye continues to make progress in gaining more and more power with the WhipEye staff, but that is foreshadowed often, and one concrete way it’s foreshadowed is that for some feats of magic the bottom tip of the staff has to be moved in a sideways, horizontal figure-eight, also known as the infinity symbol—this suggests there are no limits. And indeed, later in the book, the Jewel of Origin states as much. Thus evolution of changes in the staff’s power is foreshadowed, expected, and believable for the reader and the characters in the book that use it.

If you follow these general principles, you will always be able to see if something fits or not, or if it needs to be altered. It’s no different than our world. We have science, and everyone expects changes, as long as they are explainable or a continuation of the rules. If you have a world with few rules, then that too has to be explained in some way that makes sense. What is great about this, is that there are no limits!

Samantha and Jake fight to save their poisoned parents, and instead find themselves in a battle to save the parallel magical world of KiraKu. The two teens discover they must defeat the Evil One—a diabolical master of deception—or their own world will fall too. Samantha must master the mysterious supernatural staff, WhipEye, and find out if she has what it takes to fulfill the prophecy of the true guardian. In a final battle, reminiscent of Lord of the Rings, the two teens will have to risk everything, or lose it all. For Fans of Fantastic Beasts, Percy Jackson, Harry Potter, The Hobbit, and Lord of the Rings.

~ Magical Beasts is now in development for a major motion picture. ~

Geoffrey Saign will be awarding a $25 Amazon or Barnes & Noble gift card to a randomly drawn winner via Rafflecopter during the tour. 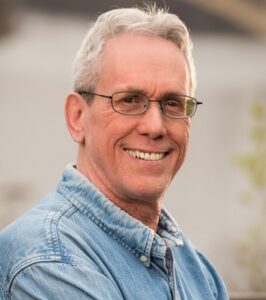 Geoffrey Saign’s love of wildlife led him to write the award-winning fantasy series, Magical Beasts. He often experiences the magic of nature and wildlife while hiking and swimming. He has a degree in biology and has assisted in field research on hummingbirds and humpback whales. Geoff loves to sail big boats, hike, and cook—and he infuses all of his writing with his passion for nature. As a swimmer, he considers himself fortunate to live in the Land of 10,000 Lakes, Minnesota. See what he’s up to at https://geoffreysaign.net/magical-beasts