4 STAR REVIEW: HOW TO SURVIVE A SCANDAL by Samara Parish 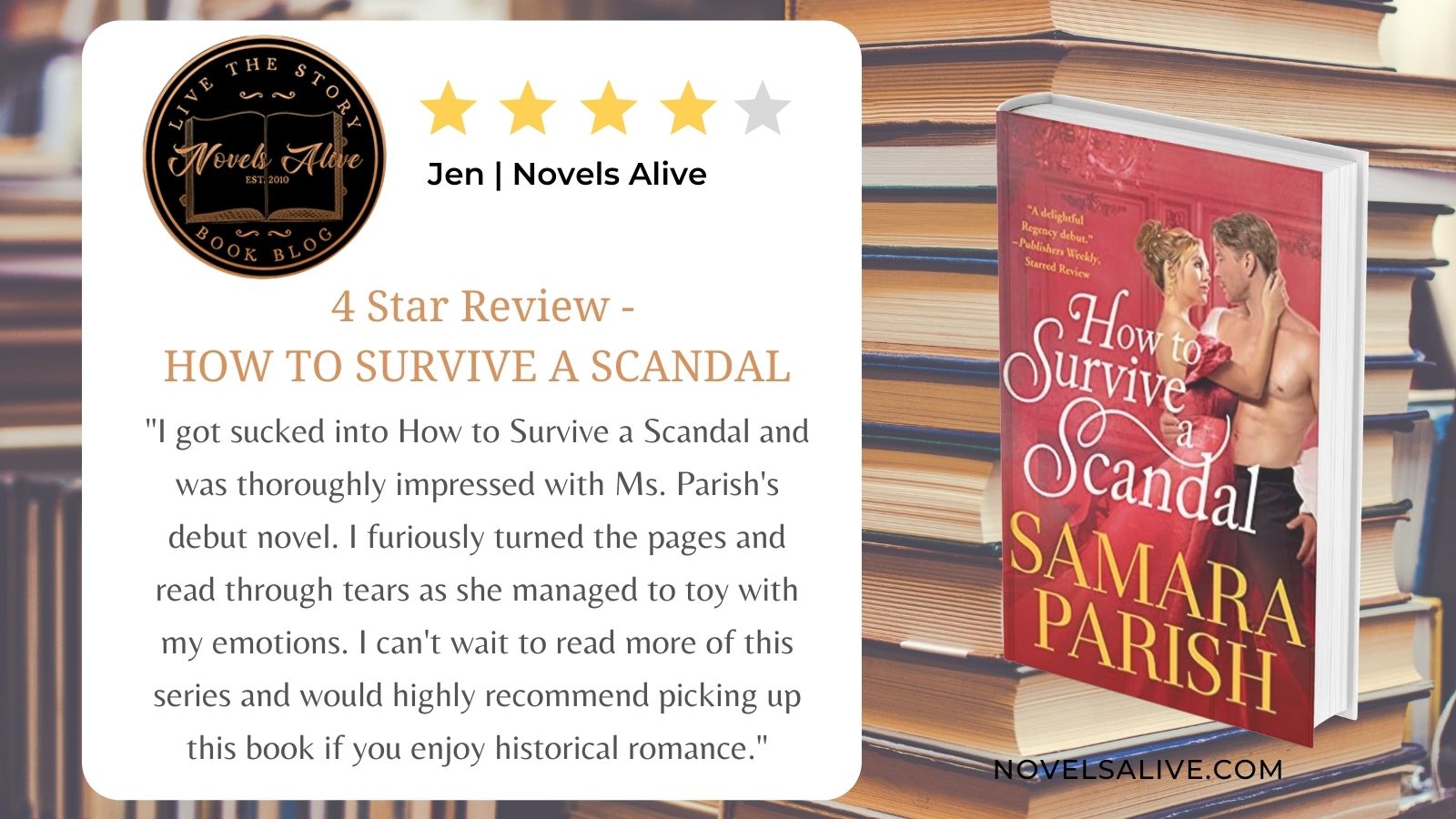 Lady Amelia was raised to be the perfect duchess, accomplished in embroidery, floral arrangement, and managing a massive household. But when an innocent mistake forces her and the uncouth, untitled Benedict Asterly into a marriage of convenience, all her training appears to be for naught. Even worse, she finds herself inexplicably drawn to this man no finishing school could have prepared her for.

Benedict Asterly never dreamed saving Amelia’s life would lead to him being shackled to the hoity Society miss. Benedict was taught to distrust the aristocracy at a young age, so when news of his marriage endangers a business deal, Benedict is wary of Amelia’s offer to help. But his quick-witted, elegant bride defies all his expectations… and if he’s not careful, she’ll break down the walls around his guarded heart.

I love discovering new authors. I freely admit that I picked up this book completely on the title and cover. I was quite impressed when I learned that How to Survive a Scandal is Samara Parish’s first novel as it had some unique moments and was able to tug at my heartstrings.

I think the first thing that stood out about this book was about a lady who ends up tied to a gentleman, not a lord that she was raised to marry. The scandal wasn’t all that unique, but I really enjoyed how she handled it. I also liked the subplot of Benedict’s business. It was able to bring the couple together but also caused conflict between them.

In many ways, Lady Amelia is your typical historical heroine. She’s the daughter of a peer, bred to make an advantageous match for her family. She typically doesn’t think about the servants, other than whether or not they’re doing their job satisfactorily. She doesn’t think of anyone else outside of her circle. So when she ends up married to a mere mister and basically loses all standing in society, it’s interesting to watch how she copes. And how she deals with it. I thoroughly enjoyed Lady Amelia and her growth and development through the story.

Benedict is not quite your typical historical hero. He doesn’t have a title and doesn’t want anything to do with society. Yet he finds himself married to a lady who does, and he’s not sure what to do about his growing feelings. He’s also finding that in order to grow his business, he’s going to have to dip his toe into society, which doesn’t make him happy. I also liked how Ms. Parish wrote Benedict and had him grow over the course of the book. I was delighted to have a character like him to cheer on as he and Amelia figured out their relationship.

I got sucked into How to Survive a Scandal and was thoroughly impressed with Ms. Parish’s debut novel. I furiously turned the pages and read through tears as she managed to toy with my emotions. I can’t wait to read more of this series and would highly recommend picking up this book if you enjoy historical romance. 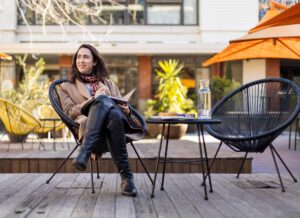 As an Australian army brat in the ‘80s, Samara grew up moving from city to city—always with plenty of book boxes (to the movers’ annoyance).

Romance novels have been a big part of her life for years. She used them as her ‘escape’ during the trials and tribulations that are working, dating, and living in your 20s.

She is now living in Canberra with her husband (a true romance hero) and her menagerie of pets.

How to Survive a Scandal is her debut novel and is the first in a 3-book deal with Forever. Books 2 and 3 will be released in 2022.