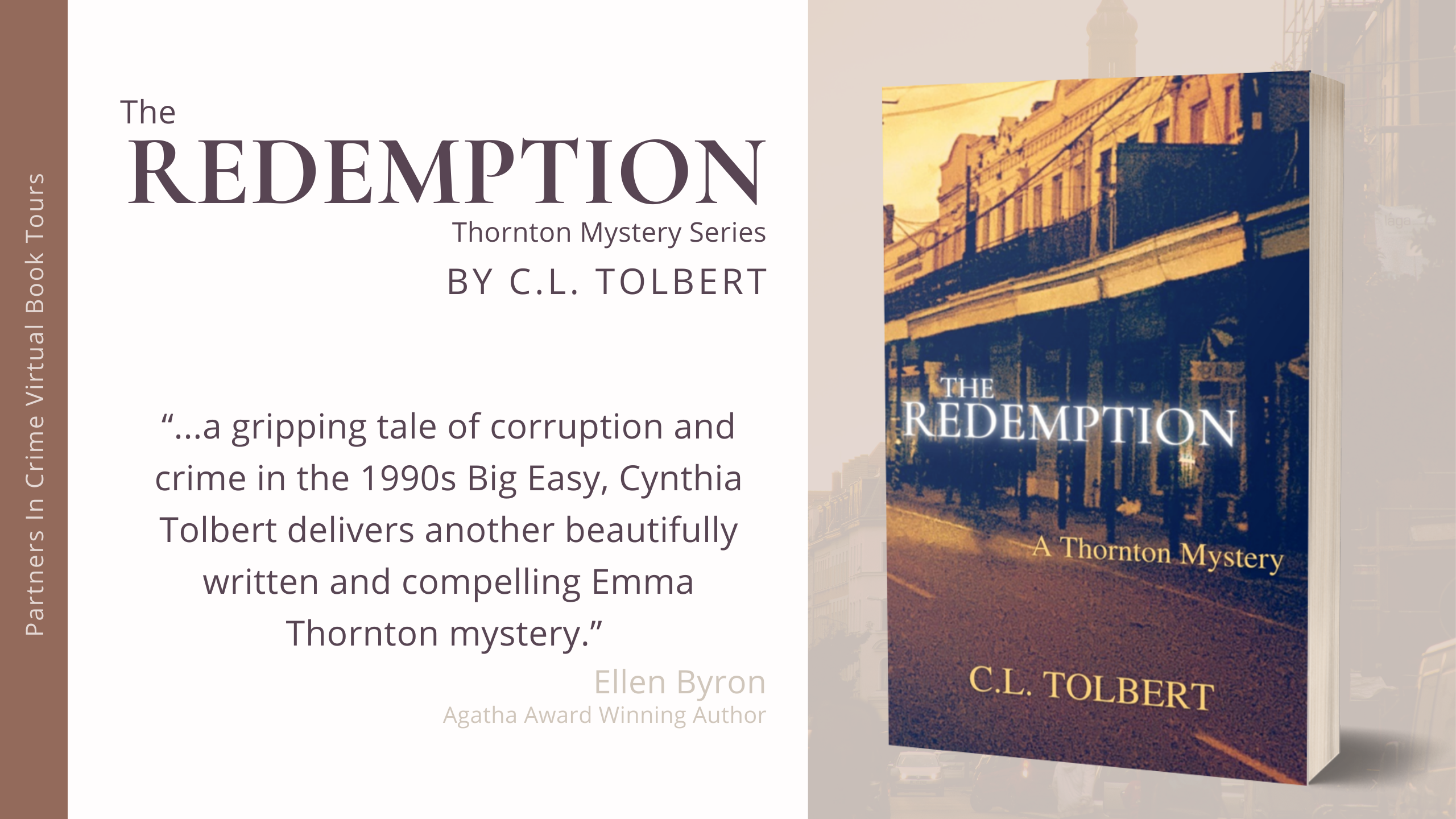 In my Thornton Mystery Series, Emma Thornton, my heroine, is a young attorney and mother to twin boys. She’s tenacious, hard-working, and sometimes has more confidence than she should, which places her in risky situations. She’s the sort of mom who jogs with her sons, and who’s the first to root for her kids at a sporting event. She’s involved. She cares. She’s never afraid to be herself. But she’s also pulled in so many directions she doesn’t feel as if she’s doing anything well. Emma’s biggest flaw is impulsiveness, to the point of recklessness, and she often finds herself in danger. She solves crimes though hard work and by asking relentless questions. She isn’t Super Woman, even if she’d like to give the impression that she is. Many of Emma’s traits were hard-earned lessons I took from my own life.

When I began writing murder mysteries, I learned that if I’m not careful, my own emotional shortcomings would be obvious to anyone who read my work. That would be embarrassing to someone who, like me, would prefer to keep their own skeletons in a closet. I have many failings, and one of the most prevalent is that I am reluctant to speak about my own vulnerabilities. I was a practicing attorney for thirty-five years and recently retired. I prefer presenting a perfectly “together” front. I’d rather slap on a little lipstick, and smile, and act as if everything is fine. I like denial.

I was confronted with this problem at my very first mystery conference, years ago, before I was a published author. After handing in the first twenty pages of one of my first drafts of my first novel for review, a mentor pointed out that my plot-driven manuscript should include a more impassioned exchange between the main characters, because “murder is a highly emotional thing.”  She was right. The draft I handed her short-changed the emotional aspect of murder. I’d concentrated almost entirely on plot. In doing so, I’d employed my puzzle solving skills, which I enjoyed, but I’d ignored exposing the emotional triggers that could lead to the final act of murder. I also failed to reveal the personality traits of my characters which could have shown motive. I realized that, much as I avoided revealing my own emotional vulnerabilities, I also sidestepped them in my novel. I’ve since learned to confront these issues head on.

Mysteries are plot driven novels, and while I still write the plot first, there must be motivation for the murder: passion, revenge, money, or all three. Mystery novels move at a quick pace, and are about solving problems, in layers. Some of those layers are analytical, or driven by logic, and some are emotionally driven. I’ve read a good number of the classics (Tolstoy, Hugo, Bronte, Austin, Doyle and Christie) and more recent literary fiction, as well as mysteries. I consider myself well-read, but still find writing an emotional scene more challenging than action. I’m a plot driven, linear thinker, who, in the past, at least, has hidden her own emotions. I’m learning to change these bad habits by exorcising some of the emotional baggage we all have as motivation for some of the character traits and behaviors in my novels, including murder.

I’ve improved the emotional landscape of my novels by reviewing my manuscripts several times to check for scenes which need to be fleshed out, emotionally. In The Redemption, Emma Thornton works hard to gain Louis Bishop’s trust. The first day she meets Louis, he barely makes eye contact, and refuses to speak about the night of the murder. But Emma keeps coming back to visit Louis in prison, working with him tirelessly, explaining how his opening up about that night would only help, doing everything she can to make a connection. One of my friends recently told me that “the care taken to draw a clear picture of the homeless teen and his relationship with the lead protagonist really [paid] off. Even without the strong plot line, I would have kept reading just to see where the two characters landed.”

A thread of social justice, and a strong sense of place runs through The Redemption, and each of the books in the Thornton Mystery Series. In The Redemption which is set in New Orleans, I wanted to show how easy it is to manipulate a sixteen year old, which is what often causes their arrest and incarceration.

I am currently working on my third novel, Sanctuary, which will be published in 2022. It will also be set in New Orleans. It is about a young girl who has been accused of killing the leader of a cult. I’m anxious to see what this third book will reveal. 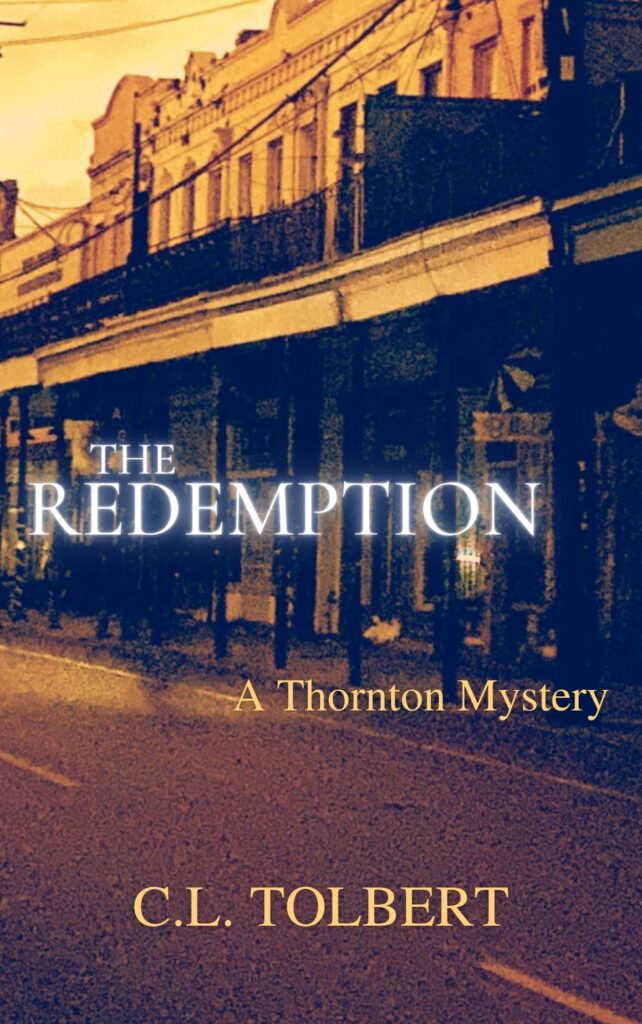 Emma Thornton is back in The Redemption, C.L. Tolbert’s second novel in the Thornton Mystery Series.

When two men are murdered one muggy September night in a New Orleans housing project, an eye witness identifies only one suspect – Louis Bishop- a homeless sixteen-year old. Louis is arrested the next day and thrown into Orleans Parish Prison. Emma Thornton, a law professor and director of the Homeless Law Clinic at St. Stanislaus Law School in the city agrees to represent him.

When they take on the case, Emma and her students discover a tangle of corruption, intrigue, and more violence than they would have thought possible, even in New Orleans. They uncover secrets about the night of the murders, and illegal dealings in the city, and within Louis’s family. As the case progresses, Emma and her family are thrown into a series of life-threating situations. But in the end, Emma gains Louis’s trust, which allows him to reveal his last, and most vital secret.

This is a Rafflecopter giveaway hosted by Partners in Crime Virtual Book Tours for C.L. Tolbert. There will be 1 winner of one (1) Amazon.com Gift Card (U.S. ONLY). The giveaway runs from June 1, 2021 through July 4, 2021. Void where prohibited. 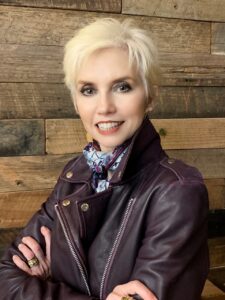 In 2010, Cynthia Tolbert won the Georgia Bar Journal’s fiction contest for the short story version of OUT FROM SILENCE. Cynthia developed that story into the first full-length novel of the Thornton Mystery Series by the same name, which was published by Level Best Books in December of 2019. Her second book in this same series, entitled THE REDEMPTION, was released in February of 2021.

Cynthia has a Master’s in Special Education and taught children with learning disabilities for ten years before moving on to law school. She spent most of her legal career working as defense counsel to large corporations and traveled throughout the country as regional and national counsel. She also had the unique opportunity of teaching third-year law students in a clinical program at a law school in New Orleans where she ran the Homeless Law Clinic and learned, first hand, about poverty in that city. She retired after more than thirty years of practicing law. The experiences and impressions she has collected from the past forty years contribute to the stories she writes today. Cynthia has four children, and three grandchildren, and lives in Atlanta with her husband and schnauzer.