Delicious news for all Darcy lovers everywhere:  Mr. Darcy wore neither boxers nor briefs; he wore nothing underneath those tan, tight breeches. (Feel free to pause here and drink in this information.) In fact, no one in Jane Austen’s world, real or fictional, wore underwear. In such a society where a woman’s purity was second to her wealth, we even have the creation of crotch-less underwear (or as the British put it, knickers). It wasn’t until the late 19th to early 20th centuries that designers of ladies’ lingerie began sewing up the crotches of underwear. Scandalous!

Where did I retrieve such shocking news? BBC’s Pride and Prejudice:  Having a Ball. This television show depicts a team of professors from England who put on a real-life ball as Jane Austen would have experienced and wrote about. Remember the Netherfield ball where Mr. Darcy and Elizabeth dance and verbally spar? This is the dance that is recreated … down to authentic underwear. Even as an English teacher and lover of anything with words, I never realized how little information is given about the actual ball. We forget that Jane Austen’s silence on the matter can be attributed to the fact that her contemporaries had no need for Austen to go into minute detail about a ball; two hundred years later, however, we are quite ignorant on the subject and have no idea the actual implications that Austen assumed her readers would understand. So, allow me to shed some light on the ball, a function that created a playground for physical interaction and flirting between the opposite sexes.

If we were suddenly transported into the height of Regency England, we would be dancing buffoons. In fact, the dances were so intricate and difficult that even the financially skinny Bennet family would have splurged on a dancing instructor. Dancing was so important during this time that it was thought that if someone was a good dancer, they’d be stellar in the bedroom. Poor, poor Charlotte Lucas who ends up with the incompetent Mr. Collins! No wonder she encourages him to be in the garden all the time.

Laughing and showing one’s teeth was the modern-day equivalent of a neon sign flashing “I’m sexually available. Come and get some!” I certainly would have been in big trouble. I find this ironic, however, beings the tops of every woman’s breasts swelled out of their dresses.

Besides the ostentatious parade of clothes, balls were venues for a wealthy landowner, such as Mr. Bingley, to show off his wealth. Oftentimes the meal during the ball featured around sixty different dishes from game meats to beautiful jellies and molds. To screw this up would have ruined and tarnished the host’s reputation. Not only was the food a way of saying “Look how cool I am” but the candles were also a status symbol. Wax candles were the staple of every high-ranking estate, but tallow candles which were made of beef fat or pig fat were all that the poor and destitute could afford. It is estimated by experts that Mr. Bingley might have used 300 candles to light the ballroom. That would have cost fifteen pounds, a manservant’s yearly wage!

So, the next time you read Pride and Prejudice remember that a ball was the place to “try” on partners and show off one’s physical and monetary assets. And always remember that Mr. Darcy did not wear underwear! 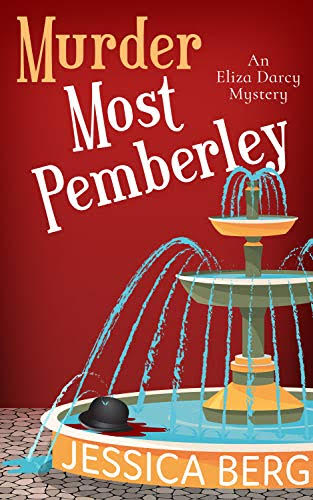 Eat a crumpet. Check. Say “bloody hell” in an English pub. Check. Solve three murders and fall in love? Definitely not on the list. But when England dishes up murder, even an American girl knows it’s time to channel her inner Agatha Christie.

American Eliza Darcy travels to Merry Old England to partake in a Darcy/Bennet family reunion for one reason: to solve the estrangement between her father and uncle. Not long after Eliza’s arrival and exploration of the vast estate of her ancestors, a dead body surfaces. Murder and mayhem replace afternoon teas and flirting with her British heartthrob. Eliza has every intention of keeping her snoot out of official Scotland Yard business, but when clues to the murder begin to merge with her investigation into her family’s rift, her inner wannabe sleuth self-activates.

With the help of her batty great-aunt and the sexy Heath Tilney, Eliza hurries to untangle the web of lies and secrets. As corpses start to pile up faster than the clues, Eliza fears the estate’s family graveyard will swallow another body: hers. 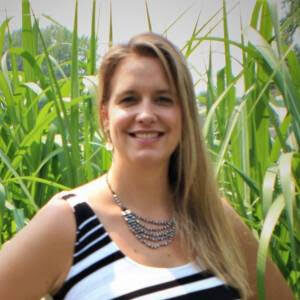 Jessica Berg, a child of the Dakotas and the prairie, grew up amongst hard-working men and women and learned at an early early age to “put some effort into it.” Following that wise adage, she has put effort into teaching high school English for over a decade, being a mother to four children (she finds herself surprised at this number, too), basking in the love of her husband of more than fifteen years and losing herself in the imaginary worlds she creates.

June 22 – Escape With Dollycas Into A Good Book – SPOTLIGHT

June 24 – I Read What You Write – REVIEW, AUTHOR INTERVIEW