BOOK BLAST: SHE’S THE ONE WHO GETS IN FIGHTS by S.R. Cronin Plus Giveaway!

Sulphur knows hers. This 13th-century woman has trained as a fighter all her life in hopes of joining the army. Then, within days, both of her older sisters announce plans and suddenly Sulphur is expected to find a man to marry instead.

Is it her good fortune her homeland is gripped by fear of a pending invasion and the army now goes door to door encouraging recruits? Sulphur thinks it is. But once she’s forced to kill in a small skirmish, she’s ready to rethink her career decision. Too bad it’s too late. The invasion is coming, and Ilari needs every good soldier it has.

Once Sulphur learns Ilari’s army has made the strategic decision to not defend certain parts of the realm, including the one where her family lives, she has to re-evaluate her loyalty. Is it with the military she’s always admired? Or is it with her sisters, who are hatching a plan to defend their homeland with magic?

The problem with being a woman who fights for what’s right is that now, she has to figure out what is.

(The War Stories of the Seven Troublesome Sisters consists of seven short companion novels. Each tells the personal story and perspective of one of seven radically different sisters in the 1200s as they prepare for an invasion of their realm. While these historical fantasy/alternate history books can be enjoyed as stand-alone novels, together they tell the full story of how Ilari survived.)

S. R. Cronin will be awarding a $25 Amazon or Barnes & Noble gift card to a randomly drawn winner via Rafflecopter during the tour. 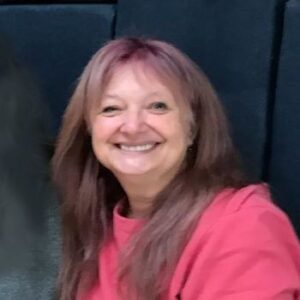 She’s made a lot of stops along the way to writing these novels.  She’s lived in seven cities, visited forty-six countries, and worked as a waitress, technical writer, and geophysicist. Now she answers a hot-line. Along the way, she’s lost several cats but acquired a husband who still loves her and three kids who’ve grown up just fine, both despite how eccentric she is.