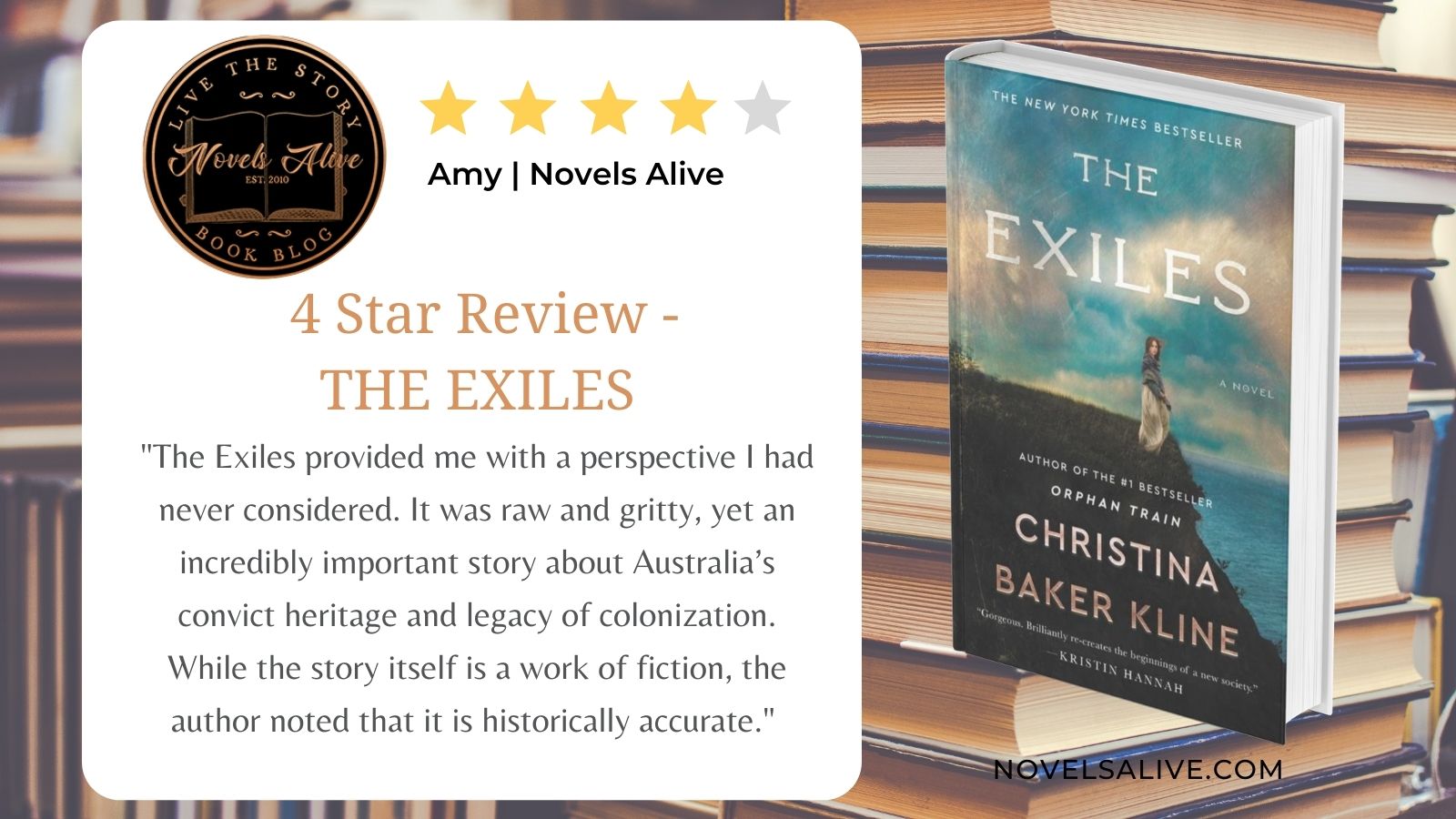 OPTIONED FOR TELEVISION BY BRUNA PAPANDREA, THE PRODUCER OF HBO’S BIG LITTLE LIES

The author of the #1 New York Times bestseller Orphan Train returns with an ambitious, emotionally resonant novel about three women whose lives are bound together in nineteenth-century Australia and the hardships they weather together as they fight for redemption and freedom in a new society.

Seduced by her employer’s son, Evangeline, a naïve young governess in early nineteenth-century London, is discharged when her pregnancy is discovered and sent to the notorious Newgate Prison. After months in the fetid, overcrowded jail, she learns she is sentenced to “the land beyond the seas,” Van Diemen’s Land, a penal colony in Australia. Though uncertain of what awaits, Evangeline knows one thing: the child she carries will be born on the months-long voyage to this distant land.

During the journey on a repurposed slave ship, the Medea, Evangeline strikes up a friendship with Hazel, a girl little older than her former pupils who was sentenced to seven years transport for stealing a silver spoon. Canny where Evangeline is guileless, Hazel—a skilled midwife and herbalist—is soon offering home remedies to both prisoners and sailors in return for a variety of favors.

Though Australia has been home to Aboriginal people for more than 50,000 years, the British government in the 1840s considers its fledgling colony uninhabited and unsettled, and views the natives as an unpleasant nuisance. By the time the Medea arrives, many of them have been forcibly relocated, their land seized by white colonists. One of these relocated people is Mathinna, the orphaned daughter of the Chief of the Lowreenne tribe, who has been adopted by the new governor of Van Diemen’s Land.

In this gorgeous novel, Christina Baker Kline brilliantly recreates the beginnings of a new society in a beautiful and challenging land, telling the story of Australia from a fresh perspective, through the experiences of Evangeline, Hazel, and Mathinna. While life in Australia is punishing and often brutally unfair, it is also, for some, an opportunity: for redemption, for a new way of life, for unimagined freedom. Told in exquisite detail and incisive prose, The Exiles is a story of grace born from hardship, the unbreakable bonds of female friendships, and the unfettering of legacy.

Take a trip to Australia back in the 19th century, a time when the British transported convicts and attempted to turn the Aborigines into “respectable citizens.” Author Christina Baker Kline uses four different women to tell the stories of this time period in The Exiles.

Evangeline, Hazel, and Ruby are connected via the criminal transport storyline, with background details beginning in London. During this time period, it didn’t matter whether a person was guilty or not; simply being in the wrong place at the wrong time could be enough to merit a stay in Newgate Prison. Eventually, sentences were handed down, often for more than a decade of service in the penal colony. For those prisoners able to survive the four-month journey by sea, they would ultimately find themselves in an unfamiliar land.

As a member of the Palawa Tribe, Young Mathinna has caught the eye of Lady Franklin, the governor’s wife. Removed from familiar surroundings, Mathinna joins the Franklin household, where she is merely an object Lady Franklin can parade in front of others to observe the influence of civilization on the child.

I felt a great sense of injustice with the treatment of women in the penal colony. From lack of food to harsh living conditions, the atmosphere was dreadful. The author did an excellent job conveying the challenges from this time period. While I definitely didn’t anticipate the huge plot twist, it later made sense in terms of character development.

The Exiles provided me with a perspective I had never considered. It was raw and gritty, yet an incredibly important story about Australia’s convict heritage and legacy of colonization. While the story itself is a work of fiction, the author noted that it is historically accurate.

A #1 New York Times bestselling author of eight novels, including The Exiles, Orphan Train, and A Piece of the World, Christina Baker Kline is published in 40 countries. Her novels have received the New England Prize for Fiction, the Maine Literary Award, and a Barnes & Noble Discover Award, among other prizes, and have been chosen by hundreds of communities, universities and schools as “One Book, One Read” selections. Her essays, articles, and reviews have appeared in publications such as the New York Times and the NYT Book Review, The Boston Globe, The San Francisco Chronicle, LitHub, Psychology Today, and Slate.

Kline was born in Cambridge, England, and raised there as well as in the American South and Maine. She is a graduate of Yale, Cambridge, and the University of Virginia, where she was a Henry Hoyns Fellow in Fiction Writing. She has taught fiction and nonfiction writing, poetry, English literature, literary theory, and women’s studies at Yale, NYU, and the University of Virginia, and served as Writer-in-Residence at Fordham University for four years. She is a recipient of several Geraldine R. Dodge Foundation Fellowships and Writer-in-Residence Fellowships at the Virginia Center for the Creative Arts.  Kline lives in New York City and Southwest Harbor, Maine with her husband, David Kline. They are the parents of three sons, Hayden, Will, and Eli.