GUEST BLOG: Brushes With the Paranormal by Lena Gregory Plus Giveaway!

Have you ever had a brush with the paranormal? And encounter you couldn’t quite explain away, no matter how hard you tried to convince yourself there was a logical explanation? I’ve had several over the years, but I’ll only share a couple.

I have three kids, and not one of them slept through the night, so I can only assume it’s something I did wrong. Of course, neither my husband nor I sleep through the night either, so I guess it’s no surprise.

Anyway, one night, when my middle guy, Nicky, was around a year and a half old, he just would not go to sleep. I was so exhausted I couldn’t keep my eyes open another minute, and I was afraid to bring him in my bed for fear he’d fall down the stairs if he got up and wandered, which he did even then, so I crawled into the crib with him and closed my eyes.

The next thing I knew, someone was shaking my shoulder. Startled, I opened my eyes and looked up, fully expecting to find my husband standing over me wondering what in the world was going on, but there was no one there. I was absolutely positive a hand had gripped my shoulder and shaken me, so I sat up and looked around the room, figuring either my husband or my ten-year-old daughter had tried to wake me then walked away when I didn’t respond.

When I looked down, I didn’t see Nicky. Terrified, I jumped up and found him tangled in the blanket. I quickly unwrapped the blanket from his head. His face was beet red, and he was breathing hard but, thankfully, he was okay. It might have ended much differently if something hadn’t nudged me awake that morning. When I finally calmed down enough to get up, my husband and daughter were both still asleep and hadn’t been up to wake me.

To this day, almost twenty years later, I still get chills and hug my son whenever that memory surfaces.

On a lighter note, I used to teach dance for a living, until Nicky was about three. I’d always brought my kids to the studio with me while I was teaching, but he couldn’t handle the noise. The kids talking and laughing, the music blasting, tap shoes hitting the wood floor, all proved to be too much for him. He would always want to be in my arms with his hands over his ears.

Within the year, he was diagnosed on the autistic spectrum. He needed physical therapy, occupational therapy, and speech, so I gave up teaching and started cleaning houses to give me the flexibility necessary to bring him to therapy five days a week.

One of the houses I took was a beautiful, old house on the bay. The view was gorgeous, as was the house, which was built in the 1800s. One of the first times I went in to clean, I put the garbage pail back in the bathroom beside the shower. Then I realized there was an old stain beneath the pipe under the sink where the pail had been. I figured it must leak sometimes and put the pail back under it. When I returned a few minutes later, the pail was beside the shower again.

That freaked me out a little, but I figured maybe I’d left the floor a little wet and it slid over a couple of feet, or maybe I’d meant to put it under the pipe but then forgot to actually do it. So, I made sure the floor was dry and put it back. The next time I looked in the bathroom, it was back beside the shower. Needless to say, that’s where it stayed that time.

Every time I returned to the house after that day, I put the pail under the pipe and it stayed where it was.

Then, one day, I was in the basement doing laundry when there was a weird sort of scratchy, tapping sound. It was coming from the ceiling rafters in the basement beneath the foyer. It definitely freaked me out, but I finally decided it must be mice or something, and I filed the incident away to use in a book somewhere down the line—which I haven’t yet but still intend to.

When the homeowner asked how everything was going and if I was finding everything okay, I told her everything was fine, but I thought the house was haunted, and I sort of laughed.

She laughed too and asked me what had happened.

I told her about the garbage pail, but not the tapping since I’d already explained that to myself.

She then told me the house definitely was haunted, and what was now the foyer was originally a bedroom, and someone died in there. She also said they often hear a strange knocking sound in the foyer.

The existence of the unexplainable has always fascinated me. Is there truly a world beyond our own that sometimes overlaps with ours? Or are we just creatures with extremely vivid imaginations?

Cass Donovan, from my Bay Island Psychic Mysteries, makes a living delving into that world, “contacting” the dead. At least, that’s what her customers think. She thinks she’s just very intuitive. What do you think?

Have you ever had a brush with the paranormal? Leave a comment and let me know! 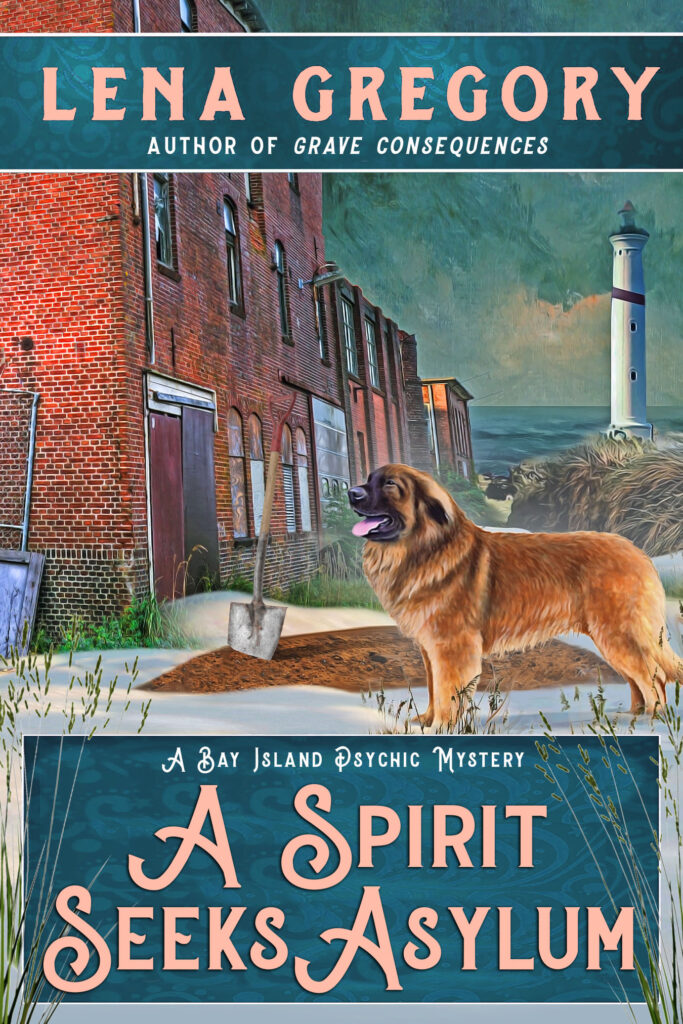 Cass Donovan is confronted by ghoulish crimes both old and new when a defunct asylum is the site of a fresh murder and a long-hidden injustice . . .

The old abandoned buildings of the Twin Forks Lunatic Asylum have always fascinated and frightened clairvoyant Cass Donovan, but she never dreamed her psychic abilities would be put to the test there. Then the new owner of the site tells her he plans to renovate it and turn it into a boarding school, and he’ll pay Cass handsomely to determine whether the place is haunted! Cass accepts his offer, but her search for hints of old ghosts soon has her looking for clues among the living when the man who hired her turns up dead.

Returning to the shuttered asylum looking for evidence of who may have wanted her client out of the way, Cass stumbles upon signs of yet another murder, even as she’s besieged by an onslaught of haunting voices from the past. When it comes to light that rival real estate developers have been hatching plans of their own for the property, Cass sees no shortage of motives for the murders, but she’ll have to find a way to quiet the disturbing voices from long ago and focus on the here and now, because whoever’s behind the killings has targeted Cass as their next victim . . . 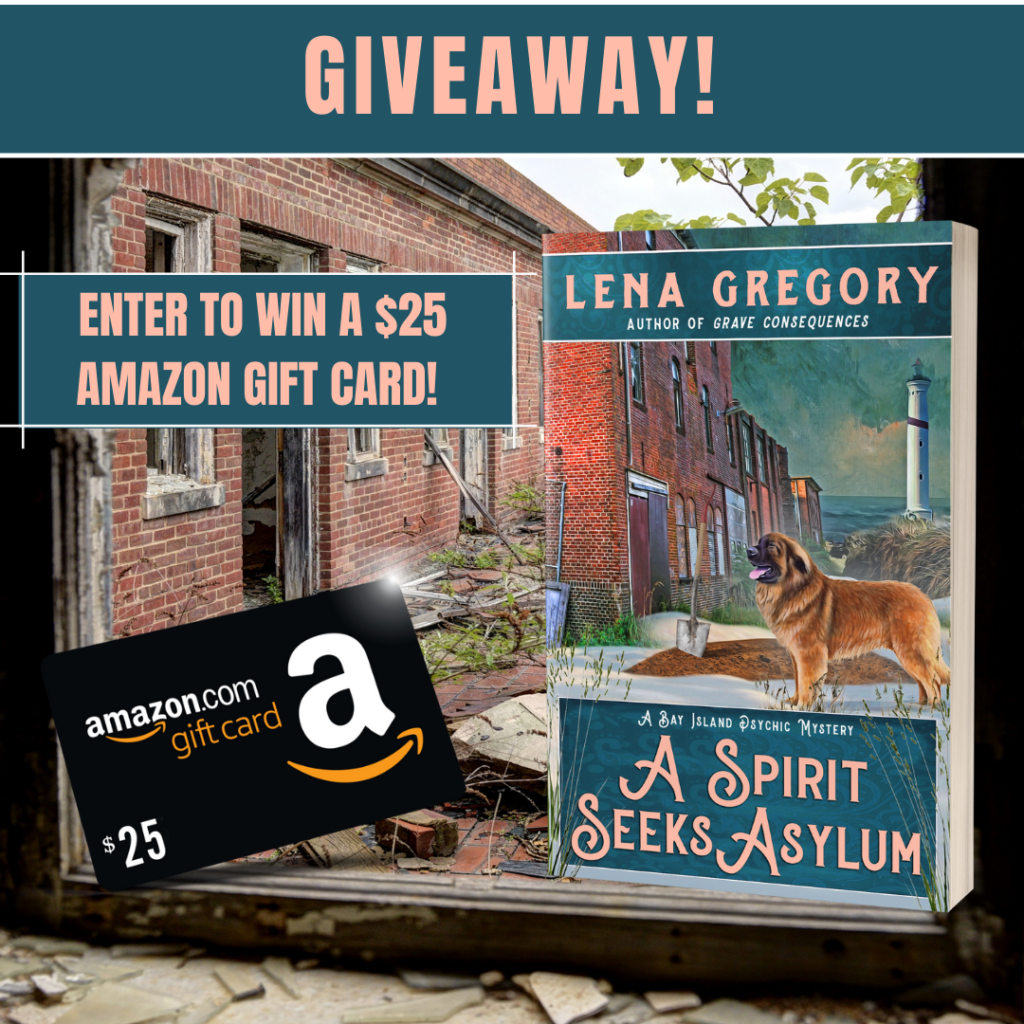 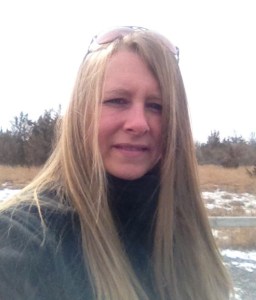 Lena Gregory is the author of the Bay Island Psychic Mysteries, which take place on a small island between the north and south forks of Long Island, New York, and the All-Day Breakfast Café Mysteries, which are set on the outskirts of Florida’s Ocala National Forest.

Lena grew up in a small town on the south shore of eastern Long Island. She recently relocated to Clermont, Florida with her husband, three kids, son-in-law, and four dogs. Her hobbies include spending time with family, reading, jigsaw puzzles, and walking. Her love for writing developed when her youngest son was born and didn’t sleep through the night. She works full-time as a writer and a freelance editor and is a member of Sisters in Crime.

July 17 – Escape With Dollycas Into A Good Book – SPOTLIGHT