From Hazel Gaynor and Heather Webb, the bestselling authors of Meet Me in Monaco, comes a coming-of-age novel set in pre-WWII Europe, perfect for fans of Jennifer Robson, Beatriz Williams, and Kate Quinn.

Three cities, two sisters, one chance to correct the past . . .

New York, 1937: When estranged sisters Clara and Madeleine Sommers learn their grandmother is dying, they agree to fulfill her last wish: to travel across Europe—together. They are to deliver three letters, in which Violet will say goodbye to those she hasn’t seen since traveling to Europe forty years earlier; a journey inspired by famed reporter, Nellie Bly.

Clara, ever-dutiful, sees the trip as an inconvenient detour before her wedding to millionaire Charles Hancock, but it’s also a chance to embrace her love of art. Budding journalist Madeleine relishes the opportunity to develop her ambitions to report on the growing threat of Hitler’s Nazi party and Mussolini’s control in Italy.

Constantly at odds with each other as they explore the luxurious Queen Mary, the Orient Express, and the sights of Paris and  Venice,, Clara and Madeleine wonder if they can fulfil Violet’s wish, until a shocking truth about their family brings them closer together. But as they reach Vienna to deliver the final letter, old grudges threaten their reconciliation again. As political tensions rise, and Europe feels increasingly volatile, the pair are glad to head home on the Hindenburg, where fate will play its hand in the final stage of their journey. 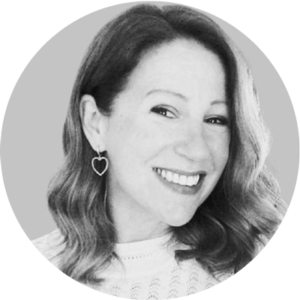 Hazel Gaynor is an award-winning, New York Times, USA Today, and Irish Times, bestselling author of historical fiction, including her debut THE GIRL WHO CAME HOME, for which she received the 2015 RNA Historical Novel of the Year award. A MEMORY OF VIOLETS was a WHSmith Fresh Talent pick for spring 2015, THE GIRL FROM THE SAVOY was shortlisted for the 2016 Irish Book Awards, and LAST CHRISTMAS IN PARIS (co-written with Heather Webb) won the 2018 Women’s Fiction Writers Association Star Award. THE LIGHTHOUSE KEEPER’S DAUGHTER was shortlisted for the 2019 HWA Gold Crown award, and MEET ME IN MONACO (co-written with Heather Webb) was a finalist in the 2019 Digital World Book Awards for Best Book (Fiction). She is published in thirteen languages and nineteen countries. Hazel is co-founder of creative writing events, The Inspiration Project, and lives in Ireland with her husband and two children. 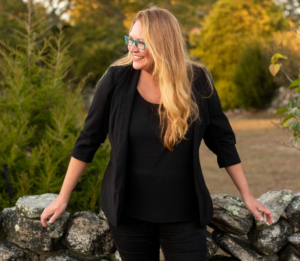 Heather Webb is the USA Today bestselling and award-winning author of seven historical novels. In 2015, Rodin’s Lover was a Goodread’s Top Pick, and in 2018, Last Christmas in Paris won the Women’s Fiction Writers Association STAR Award. Meet Me in Monaco, was selected as a finalist for the 2020 Goldsboro RNA award in the UK, as well as the 2019 Digital Book World’s Fiction prize. To date, Heather’s books have been translated to over a dozen languages.  She lives in New England with her family and one feisty rabbit.